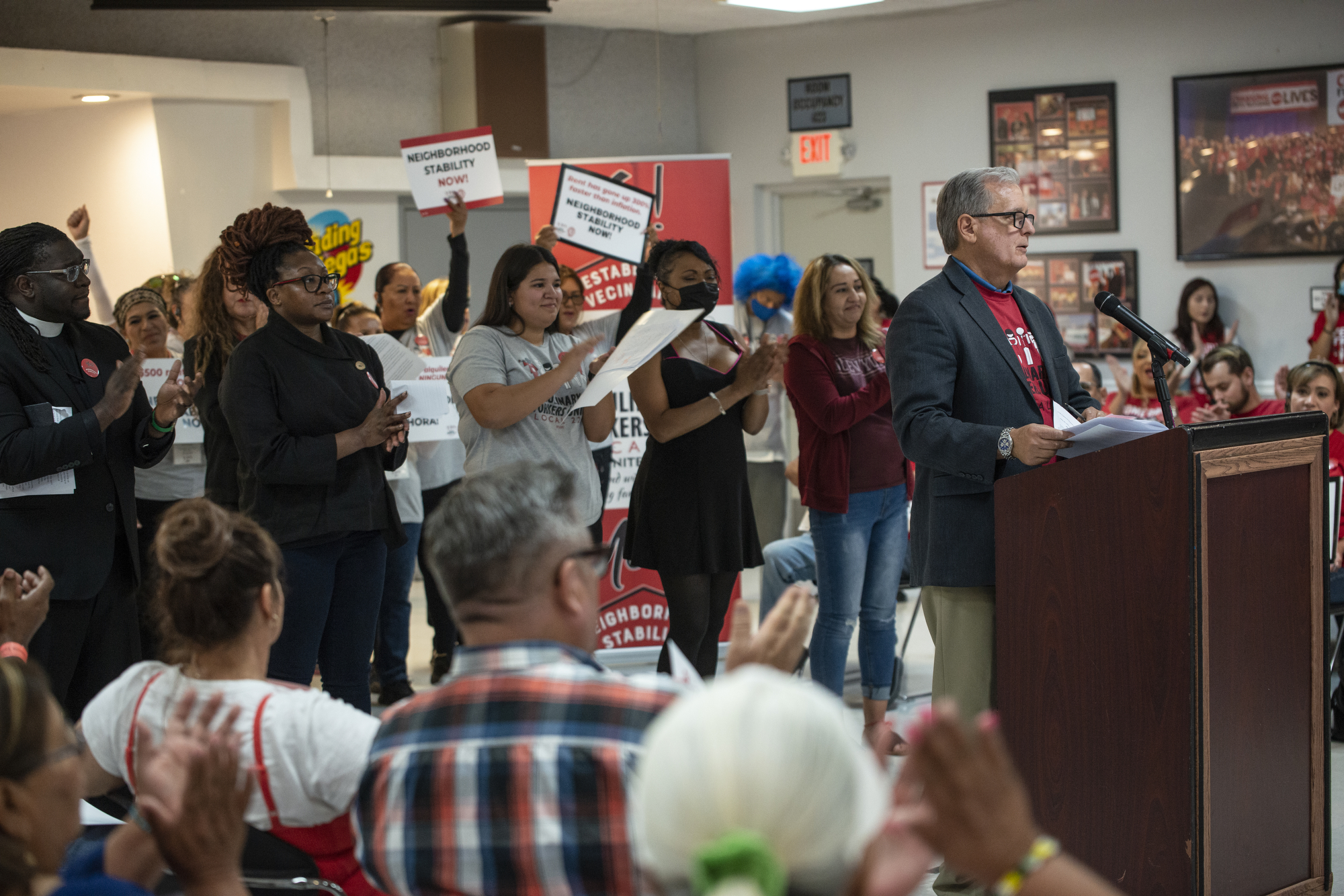 The Culinary Union has waved a white flag in the battle to place a rent control measure on the North Las Vegas ballot for the midterm elections, but says the fight is far from over.

Citing the North Las Vegas City Council’s earlier refusal to place the initiative on the ballot just weeks before today’s deadline for printing election materials, union officials announced Monday that they would not challenge the city’s decision in court. Still, they vowed to continue the discussion at the county level.

“The North Las Vegas City Council’s decision effectively prevented our ballot measure from making it on the November 8, 2022 ballot,” union officials said in a statement Monday. “We won’t be deterred, nor will we waste time in court. We will continue running the largest political field program ever in Nevada to elect candidates who will center workers.”

The union’s announcement strays from its original plan to challenge the city’s decision in court. But Culinary Union Secretary-Treasurer Ted Pappageorge told The Nevada Independent that a court battle would have led to extended legal proceedings — a situation that would not have allowed the union to meet the deadline for printing election materials.

“The truth is, we're just not going to get stuck in court. We're not going to play that game,” Pappageorge said. “We are going to move, and we're going to talk to a ton of voters, and we think that this is a top issue at the ballot box and it's going to be successful.”

He called the decision by the city council “unfortunate” because it denies voters the ability to vote on the measure, adding that the union will take the issue to Clark County for now. Pappageorge said the need for rent stabilization exists in communities across the state, and noted the option remains to bring the issue up during the upcoming legislative session, which kicks off in February.

The city’s decision to reject the measure cited an insufficient number of valid signatures and said that the proposed ordinance contains differences in phrasing and style from the original petition, making it invalid.

Despite the setback, union leaders said they are signing up voters across the state to support the passage of rent control measures and are calling on candidates running for office to pledge support for “neighborhood stability.”

“This idea of building affordable housing is a long-term solution. [Rent stabilization] is a solution that needs to be enacted and can be enacted right now, and Democrats need to come out swinging,” Pappageorge said. “They've got to be aggressive about this.”