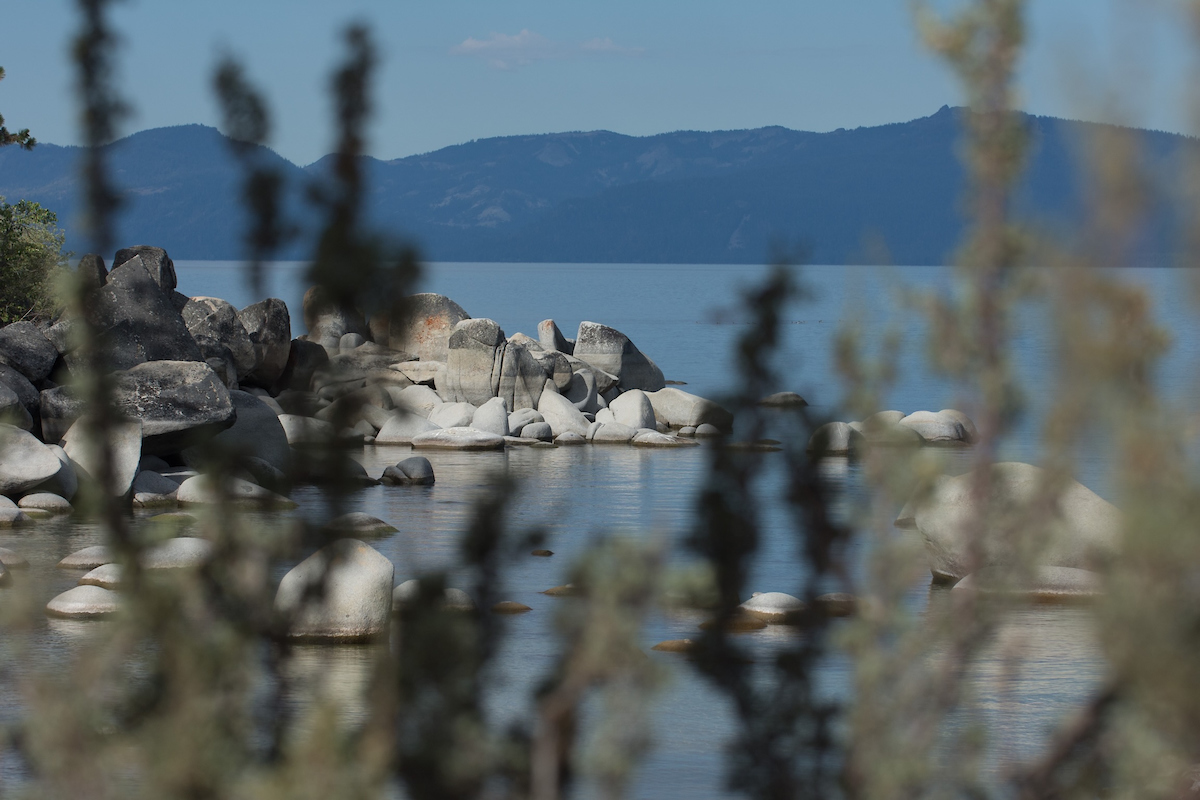 This week was a busy one in Congress, as the House passed a critical defense bill on a bipartisan basis, Sen. Raphael Warnock’s (D-GA) win secured a wider Democratic majority in the Senate, and Nevada’s congressional delegation tackled droughts and antisemitism.

How the NDAA will affect Nevada’s servicemembers, water resources

On Thursday, the House passed the 2023 National Defense Authorization Act, an annual – and typically bipartisan – bill that sets spending levels and policy for defense agencies. The biggest Nevada provision in the more than 4,000-page bill is the expansion of Fallon Naval Air Station in Churchill County (see my story on Monday for details!), but the NDAA also contains several provisions that authorize new spending in Nevada, both for military and water resource purposes, and affect Nevada’s significant active military and veteran populations.

The NDAA passed the House 350-80, with the support of all four of Nevada’s House representatives. In a notable concession to Republicans and in rebuke of the White House’s stated preference, the bill directs all military agencies to end vaccine requirements. But the Biden administration did secure several of its foreign policy objectives, including $800 million in the next fiscal year for Ukraine.

Upon Senate passage and Biden’s signature, military servicemembers and the Department of Defense civilian workforce will see a 4.6 percent pay raise. The military’s basic needs allowance has been raised from a minimum of 130 percent of the poverty level to 150 percent. A new pilot program will reimburse for child care costs incurred because of a change of station. And the NDAA will overhaul how sexual assault cases are handled in the military, appointing independently trained prosecutors to work with people reporting misconduct rather than their own commanders and creating a new office to process the complaints.

The NDAA also authorizes several notable upgrades to Nevada military facilities – projects pushed by Sen. Jacky Rosen (D-NV) from her position on the Senate Armed Services Committee. The Department of Defense will provide $18 million in new funding for the Army National Guard Harry Reid Training Center in Reno, $30 million for a new F-35C Maintenance Hangar at Fallon, and $7.2 million to upgrade the dormitories at Nellis Air Force Base in Clark County.

Rep. Dina Titus (D-NV) also won a few legislative victories in the NDAA, with the inclusion of several of her transportation and infrastructure priorities as part of the Water Resources Development Act, which was packaged with the NDAA.

“I am proud to have led the effort to fund programs that will address problems facing the West, including clarity in Lake Tahoe, flood control, and drought resistance,” Titus said in a statement.

The Lake Tahoe 108 Program, an Army Corps of Engineers (USACE) initiative to restore the Tahoe basin’s environmental infrastructure, will double its budget, receiving an additional $25 million to continue its restoration work. And the Rural Western Water Program, which funds water and wastewater projects in rural Clark County to better store, protect, and treat water, will receive a $365 million funding increase.

The water bill also included the extension of a pilot program to target invasive species in alpine lakes and allows the Corps of Engineers to contract with institutions of higher education for flood control management.

The bill’s House passage was secured in large part due to what provisions did not make the NDAA. Despite last-ditch efforts from Sen. Joe Manchin (D-WV), permitting reform, which would have eased the requirements to obtain a permit for energy projects, was left out, to the relief of conservation groups in Nevada.

Patrick Donnelly, the Center for Biological Diversity’s Great Basin Director, said Manchin’s permitting reform legislation would have heavily affected Nevada, as a state where most of the land is federally owned.

“Almost everything is guided by those very laws that Manchin was looking to amend,” Donnelly said. “In some ways, permitting reform could have been as or more consequential in Nevada than any other state in the union.”

During negotiations, there were discussions of adding the SAFE Banking Act, which would allow banks to lend to cannabis companies and would have a profound effect on Nevada’s cannabis industry. But the provision never made it in the final text.

And while Fallon expansion will be the biggest change for the Department of Defense’s presence in Nevada, Rep. Mark Amodei (R-NV) said he is pleased with how the rest of the bill turned out as well.

“We’re happy that Fallon’s in there,” he said. “But on balance, if Fallon had nothing to do with it, I think there’s still a lot of good stuff in there.”

The letter comes after former President Donald Trump dined with Nick Fuentes, a white supremacist and Holocaust denier, and rapper Ye, who has made several antisemitic statements in recent weeks, including a threat on Twitter to go “def con 3 on Jewish people” and expressing admiration for Adolf Hitler.

In an interview, Rosen said she has been hearing concerns “not just in my own home temple community in Henderson, and not only with Jews across the country, but with everyone who just worries about antisemitism and the rising hatred in this country.

“We know that antisemitism is usually that first line,” she continued. “It's not the last, but it's usually the first.”

In the letter, lawmakers noted that both the FBI and several nonprofit groups found that antisemitic hate crimes have risen significantly in the last three years and called out several notable terrorist attacks against Jewish people. They called for greater inter-agency coordination between institutions that track and combat antisemitism, including the FBI, the Department of Education, and the United States Holocaust Memorial Museum.

“Because many individual agencies play a critical role in combating antisemitism, closer coordination is needed to share best practices, data, and intelligence; identify gaps in efforts; streamline overlapping activities and roles; and execute a unified national strategy,” the letter said. “The strategic collaboration of such entities would also send a key message to the American people and the international community that the United States is committed to fighting antisemitism at the highest levels.”

The lawmakers are part of the House and Senate Bipartisan Task Forces for Combatting Anti-Semitism. Rosen founded the Senate version in 2019 with Sen. James Lankford (R-OK).

In addition to the letter, Rosen, along with Jewish colleagues Sens. Ben Cardin (D-MD) and Richard Blumenthal (D-CT), met with officials in the Biden administration earlier this month to discuss the issue.

Cortez Masto and Rosen joined 13 other Western senators, across both parties, to send a letter to Agriculture Secretary Tom Vilsack calling on his department to improve its practices in combating Western droughts.

The Department of Agriculture (USDA) manages several water-related programs across the country, including agriculture conservation programs. But the senators said USDA was not adequately utilizing its existing resources and funding to tackle drought issues in the West and lacked institutional knowledge about Western water practices.

Western states are in the midst of a megadrought – a recent UCLA study found that current conditions amount to the deepest drought in 1,200 years. Western senators made the case that these conditions affect the food supply in their states and beyond.

“The acute shortage of water for Western growers threatens productive farmland across our states, which are both a pillar of our rural economies and drivers of America’s food production,” the senators wrote.

But USDA resource allocation has been unbalanced, the senators alleged, in part because of understaffing in Western offices and a knowledge gap regarding Western agricultural techniques. The resources to prioritize the water conservation programs that work in the West are already funded, especially through new streams such as the Inflation Reduction Act and the Infrastructure Investment and Jobs Act. But doing so, the senators write, requires giving the West an equal footing.

“We urge the U.S. Department of Agriculture (USDA) to give parity to the needs of our States as Western growers and communities face these dire conditions,” the senators wrote.

They specifically pointed to the National Resource Conservation Service and the Farm Service Agency as departmental programs that suffer from a lack of engineers and experts well-versed in Western water conservation.

Rosen won a legislative victory this week when an amended version of her bill, The Data Mapping to Save Moms’ Lives Act, passed the House in a 380-46 vote.

The bill, which will now go back to the Senate for passage again, instructs the Federal Communications Commission to include data on maternal morbidity and mortality in its Mapping Broadband Health in America platform, which displays both broadband and health data for users to understand how they interact.

Rosen, a former computer programmer, said the idea behind the bill is to get more data on where rates of illness and death after having a baby are highest, in order to increase telehealth and mobile health care options in places where rates are high and broadband access is low.

“This is going to take the information that the FCC provides us where high maternal mortality rates overlap with the lack of access to broadband services,” Rosen said in an interview. “This is going to help us pinpoint where we have to put telehealth resources [and] educational resources – because one mother's life lost is one mother too many.”

“I've got friends and acquaintances who are in same-sex relationships, and I respect them all, and that’s their business, not mine. I don’t need a federal law for that.”

— Rep. Mark Amodei, on his vote against the Respect for Marriage Act

The Senate will vote on the NDAA, and the ‘Four Corners’ – the chairs and ranking members of the appropriations committee in both chambers — will continue trying to work out a deal on an omnibus spending bill to keep the government running. With no topline number agreed to, Democrats are expected to roll out their own omnibus, which Republicans are then expected to reject, bringing us right back to … where we are now: the need for a stopgap to allow Congress to continue working beyond Dec. 16, a continuing resolution to fund the government at its current level for another year, or a full omnibus package.

S. 5211 – A bill to authorize the use of specialized human trafficking training and technical assistance grants to train law enforcement personnel regarding the Interdiction for the Protection of Children program.

S.Con.Res.50 – A concurrent resolution recognizing the significance of equal pay and the disparity in wages paid to men as compared to wages paid to Latina women.

S.Con.Res.50 – A concurrent resolution recognizing the significance of equal pay and the disparity in wages paid to men as compared to wages paid to Latina women.

S.Res.858 – A resolution expressing support for the goals of National Adoption Day and National Adoption Month by promoting national awareness of adoption and the children awaiting families, celebrating children and families involved in adoption, and encouraging the people of the United States to secure safety, permanency, and well-being for all children.

H.Con.Res 122 – Recognizing the significance of equal pay and the disparity in wages paid to Latina women in comparison to men.