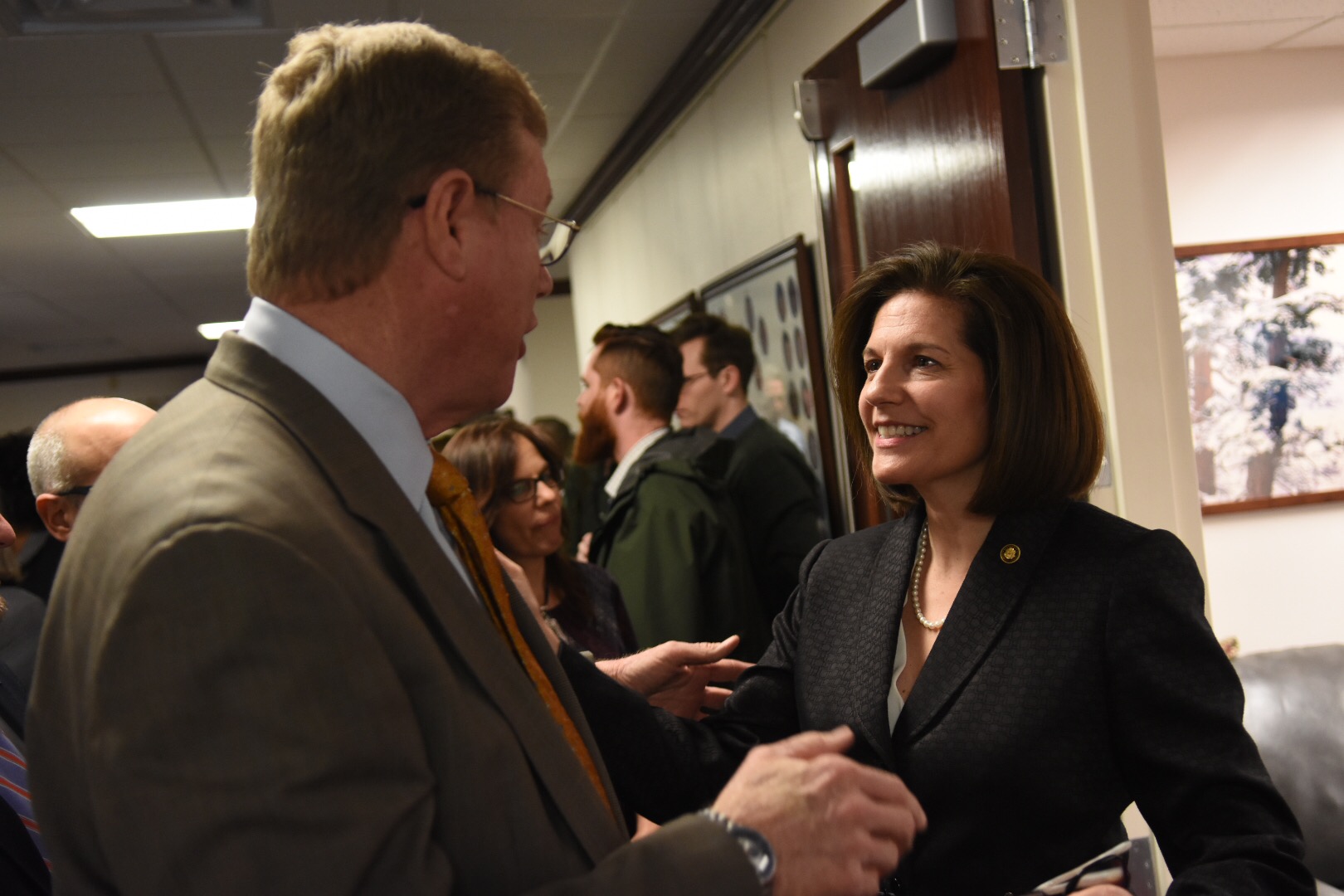 The fire burning up what’s left of the relationship between Nevada and the Department of Energy got another log thrown in when the DOE revealed it sent  shipments of radioactive waste over six years to the Nevada National Security Site that did not meet disposal requirements.

The shipments “were not in compliance with NNSS waste acceptance criteria” and were “potentially mischaracterized as low-level waste rather than mixed low-level waste,” DOE spokesperson Shaylyn Hynes, acknowledged in a statement.

“The components that were shipped have been disposed of in a safe and secure manner at the NNSS” and “pose no risk to the safety and health of the general public or workers at the facility at NNSS,” she continued.

As a precaution, planned future shipments of components from DOE’s Y-12 facility in Oak Ridge, Tennessee have been temporarily suspended.

In a statement issued Wednesday, Gov. Steve Sisolak's office said that there had been 32 shipments between 2013 and 2018, the last of which was in December. DOE later said that it had sent only nine shipments in 32 containers. Sisolak's office confirmed the DOE's count.

The DOE’s admission sparked the ire of the state’s congressional delegation, including Rep. Mark Amodei, the only Republican.

“I’m getting a little tired of being the only guy trying to keep an open mind with respect to the Department of Energy, in the delegation,” Amodei said in a brief interview off the House floor.

Amodei said he was annoyed that he first heard of the matter from Sisolak, rather than from the DOE.

“I just think if you’ve got a problem in your state and you’re the only Republican in the delegation with a Republican administration, someone should say ‘maybe we ought to talk to that guy in the phone booth all by himself,’” Amodei continued.

He also said he thinks “the communication was better under the previous administration,” adding “that’s not a good thing for me to say.”

Amodei noted that the DOE’s congressional liaison staff have been responsive, but the top-level officials have not. He said that, as a veteran member of the Appropriations Committee, he may look at adding language to the agency’s budget bill “to change the way these folks do business.”

“Secretary Perry has repeatedly disrespected the people of Nevada and eroded the public trust in his ability to abide by established rules for waste disposal,” Horsford said in a statement. “Secretary Perry must resign immediately.”

Hynes, the DOE spokesperson, said that “Perry remains committed now more than ever to his promise to identify and address challenges within the DOE enterprise, and reaffirm the Department of Energy’s credibility and trust in delivering on all aspects of its mission.”

As an example, she said Perry has directed the agency to do an assessment of waste shipment policies and procedures and instituted an operational pause to reinforce safety training for all DOE personnel who have a role in the agency’s mission related to waste shipment certification.

Also, on Tuesday, DOE officials met with the governor personally to discuss the issue.

The shipments are the latest in the strained relationship between the DOE and the state, which contends the DOE secretly shipped plutonium from South Carolina to the NNSS in spite of negotiations to prevent the shipment. The disclosure came in a lawsuit filed by the state in an attempt to prevent future shipments. A deal was struck in April to begin removing the plutonium by 2021.

That came after the long-running standoff between the state and the agency over building a national nuclear waste repository at Yucca Mountain. That fight has intensified as Republicans in Congress and the White House have pushed to jumpstart the project, after being starved of funds by the Nevada delegation beginning under Democratic former Senate Majority Leader Harry Reid.

In his statement, Sisolak blasted the agency over the shipments.

“I was beyond disappointed to learn of problems related to shipments of low-level radioactive waste” which came from the DOE’s Y-12 facility in Oak Ridge, Tenn., Sisolak said.

“[W]e will continue to do everything in the state’s power to hold them accountable, ensure there is a plan to fix this problem and prevent it from occurring again, and above all else, protect the health and safety of Nevadans,” he continued.

The governor said he was first alerted to the situation by the DOE on July 3. In response, Sisolak sent a letter, along with Cortez Masto and Rosen, to DOE Secretary Rick Perry, raising concerns about safety, the threat to the environment and seeking action to remedy the matter.

Sisolak said he reiterated those concerns at the July 9 meeting.

Updated on 7/10/19 at 6:26 p.m. and 7:28 p.m. to reflect that the DOE made nine shipments in 32 containers to Nevada and the state's confirmation of the DOE's count. The state's press release incorrectly said 32 shipments.