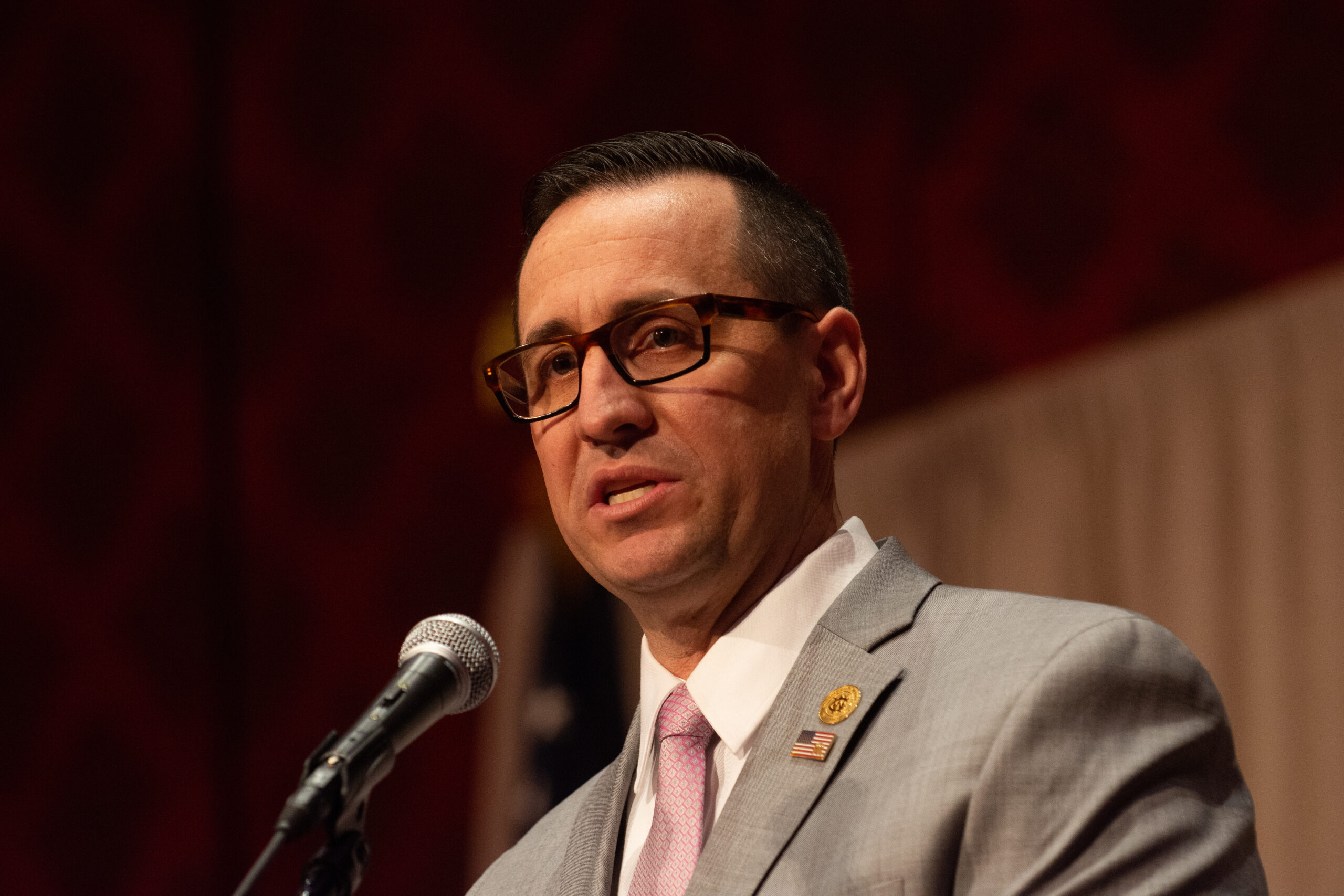 A super PAC linked to and funded by Democrats is taking the unusual step of running digital ads in favor of two Republican candidates for Washoe County Commission.

Open Democracy, a super PAC (allowed to raise and spend unlimited amounts of money) founded in 2021, reporting spending several thousand dollars to promote Washoe County Commissioner Bob Lucey and county commission candidate Wendy Leonard, both of whom are running in Republican primaries against opponents who have embraced conspiracy theories about the 2020 election and supported efforts to substantially overhaul the county’s election system. Both commission districts lean toward Republicans.

The ads are positive and relatively vague — Leonard is described as a “new type of leader” and that Lucey “has the right experience to stand up for common-sense solutions.” Only one mentions elections.

More interesting than the content of the ads is who is behind them — Open Democracy PAC, which has largely supported legislative candidates and election administrator candidates who will “champion voting rights” through policies such as automatic voter registration, expanding voting access through “well-resourced election administration” and eliminating rules “disenfranchising voters because of race.”

Its website as of Wednesday lists endorsements for five secretary of state candidates, including Nevada Democrat Cisco Aguilar.

The last-minute spending to boost Lucey and Leonard comes as the two face off against GOP primary rivals that are receiving a substantial boost from Robert Beadles, a far-right cryptocurrency millionaire with an active political presence in Washoe County.

Beadles is the listed officer for The Franklin Project, a state-level PAC that has sent out multiple mail pieces attacking Lucey (including one depicting him as Satan and another insinuating that he does illegal drugs). Lucey is facing off against Mike Clark, the Washoe County assessor.

Leonard is mounting a primary challenge against incumbent Commissioner Jeanne Herman, who fronted the effort in March (applauded and boosted by Beadles) to move Washoe County to greatly overhaul the county’s election system, including moving to almost all-paper ballots and requiring counting be done by hand. The vote failed, with Lucey and Commissioner Vaughn Hartung joining two Democrats on the commission in opposition. Herman has appeared in videos produced by Beadles.

According to Federal Election Commission campaign finance records, Open Democracy is almost entirely funded by the Sixteen Thirty Fund, which has contributed $900,000 of the super PAC’s $1.1 million in funds raised over the last 15 months.

The Sixteen Thirty Fund is a 501(c)(4) nonprofit organization that acts as a hub of undisclosed dark money for left-leaning political activities and advertising. In 2020, the group contributed more than $63 million in donations to various super PACs to hurt Republicans in the 2020 election.

In Nevada, the Sixteen Thirty Fund contributed nearly $6.3 million to the 2018 ballot question that enacted automatic voter registration in the state.

“Open Democracy PAC” registered as a state-level PAC with the secretary of state’s office on June 6, with the registered agent listed as Bradley Schrager, an attorney who often represents Democratic candidates and causes. Its sole listed officer is Samuel Nitz, a Washington D.C.-based Democratic operative who led EMILY’s List all-digital independent expenditure campaign to boost the candidacy of Hillary Clinton in 2016. Nitz is also the listed treasurer of Open Democracy’s federal super PAC account.

Open Democracy’s past political activity was last seen thousands of miles away, with the PAC spending more than $224,000 on digital ads support­ing local candid­ates in Green Bay and other communities in Wisconsin.