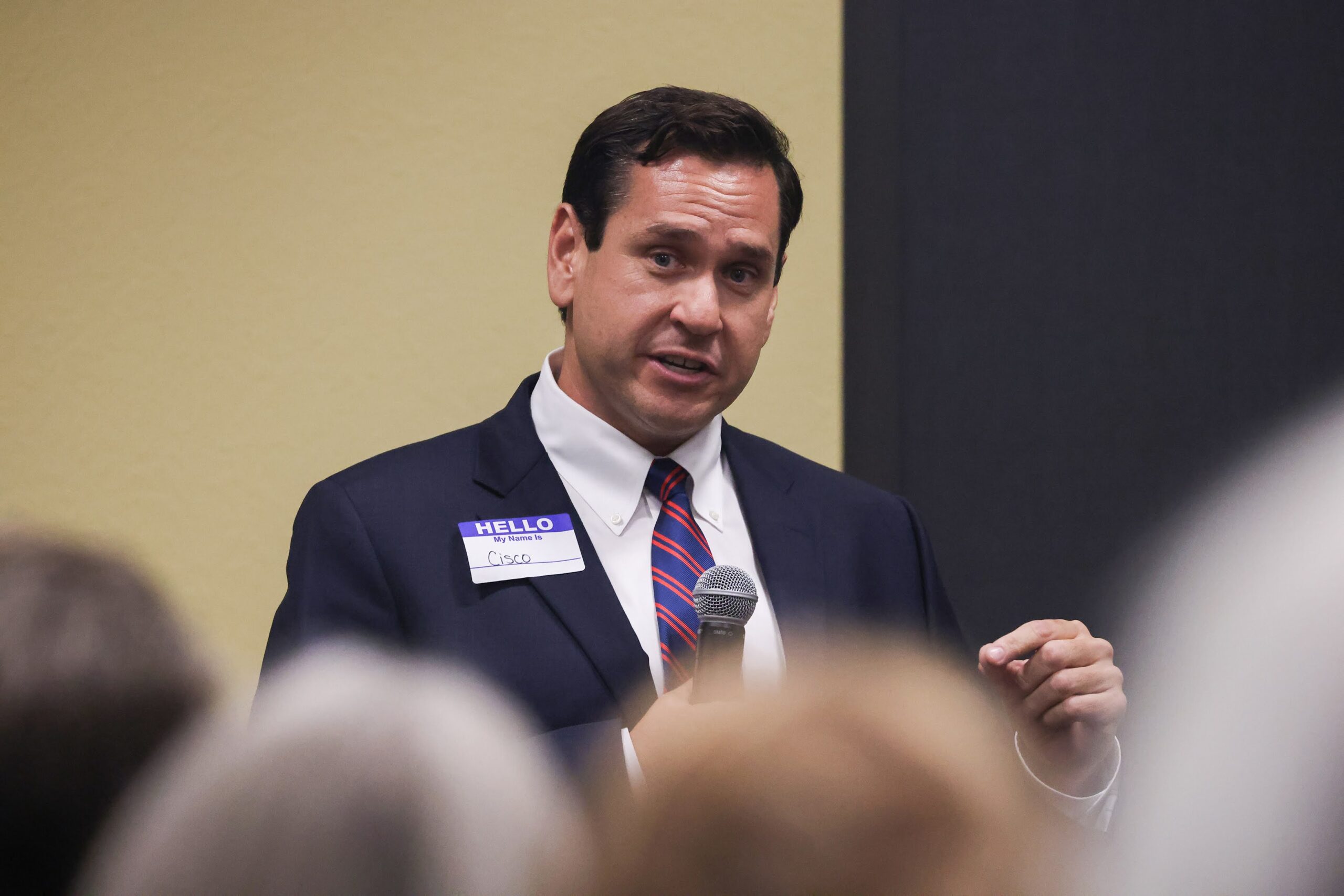 Less than one month before Election Day, Democratic secretary of state candidate Cisco Aguilar is launching his first television ad of the cycle through a $1 million ad campaign describing his Republican opponent Jim Marchant as “too dangerous” for the role.

The ad uses Marchant’s own words describing his behind the scenes work “to try to fix 2020” and his desire to “get rid of the early voting,” and ends with Aguilar saying, “I will defend your right to vote.”

Across the country, races for secretary of state are gaining steam, in terms of both attention and spending, amid a partisan battle over control of the country’s elections. In Nevada, Aguilar, an attorney and former state athletic commissioner, faces Marchant, a former Assemblyman who, standing alongside former President Donald Trump over the weekend, said his loss in a 2020 congressional race was from a “rigged election.”

Earlier this year, Marchant traveled through rural Nevada, urging commissioners in several counties to hand count ballots and eliminate the use of electronic voting machines. This fall, the recently appointed Nye County clerk — a Marchant ally — is set to count votes by hand and electronic tabulator.

Marchant’s vision for elections is also being pursued in other key battleground states. Last year, he helped form the America First Secretary of State Coalition, a group of election deniers running to take control of election oversight in a group of states, including Nevada, Arizona and Michigan.

Outside groups have recently kicked up spending to prevent such candidates from taking control of elections in those states.

Aguilar has a significant financial advantage on his own. Entering the general election season, Aguilar reported having nearly $860,000 in his campaign account, significantly more than Marchant’s reported $15,000 at the end of June. Facing a well-funded Republican primary challenger, Marchant spent a majority of his campaign funds ahead of the primary election. Both candidates will have to report their last three months of campaign fundraising and spending activity by Oct. 15.

Aguilar’s new $1 million buy includes separate ads in English and Spanish, which will run in populous Clark and Washoe counties.

Across much of rural Nevada, mail ballots have already been sent out to voters, and in Clark and Washoe counties, ballots are set to be mailed on Oct. 19. Early voting begins on Oct. 22.