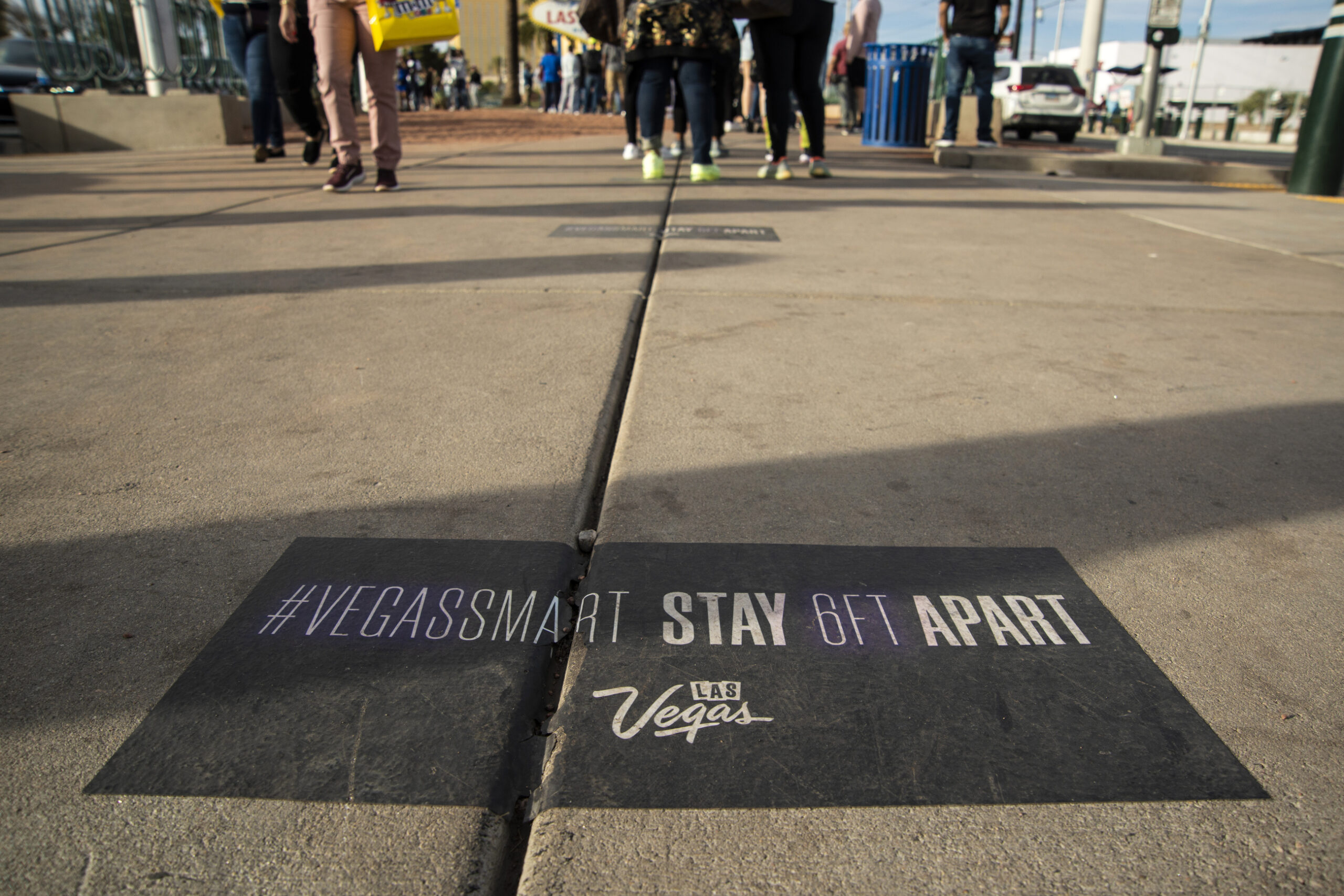 A massive, $1.9 trillion federal aid package signed into law this week includes unemployment extensions that will be welcome news to people who expected the programs to end Sunday.

But officials from the Nevada Department of Employment, Training and Rehabilitation (DETR) warn that there could still be more of the payment delays like those that have plagued the implementation of the late 2020 stimulus bill and left many Nevadans without weekly payments since December. Last week, nearly 286,000 Nevadans sought a weekly benefit payment; it’s not clear exactly how many of those individuals received a corresponding payment.

“I know they're tired of us asking them to be patient. I can just tell them you will get all of your weeks. I know it is very difficult to sort of make what you have stretch until you get those weeks,” DETR Director Elisa Cafferata said in an interview with The Nevada Independent earlier this week. “And there's not any way with our system that we can tell people when that will happen, but we are working on it as quickly as we can, and very focused on getting it done.”

Conversations are swirling in the Legislature about how to handle some of the immediate pain of claimants unable to get their benefits from DETR’s backlogged system. More than 80,000 claims were unresolved as of early March, and hundreds of thousands of the nearly 2 million claims filed this year are suspected to be fraudulent.

Republican lawmakers are sharing details of their proposals to address the matter, which are capped by plans to fast-track a major IT modernization. Cafferata, meanwhile, said her agency is in discussions with Democratic Gov. Steve Sisolak’s office for a bill to fund the modernization.

While DETR has implemented some elements of the Continued Assistance Act from December, it has still not finished with certain extensions, particularly for those who have exhausted their base allotment of benefits in the regular unemployment program and are now in extension programs. The agency originally predicted full implementation after four weeks; it has now been 11.

“The piece where it's taking the longest time is because the regular UI system, to get those added weeks for folks, literally we have to go through and look at every week of benefits and add the right number,” Cafferata said. “And it just is taking us a long time.”

There are about 137,000 people filing claims weekly to PEUC and the state extended benefits program. DETR officials said Friday that they couldn’t say exactly how many people have not been paid weeks of benefits authorized from the late December bill, although they said programming problems were fixed and payments have started to be issued on claims from oldest to newest.

This time, the stimulus bill was signed several days before the programs completely lapsed, unlike in late December.

“It's very helpful if we don't have to turn everything off, and then turn it back on again,” Cafferata said. “That just created a whole bunch of extra steps for us, and just was a complication none of us needed.”

Still, DETR still must await guidance from the Department of Labor on how to add the additional available weeks in coordination with prior extensions.

“We have to make sure you get your first 13, and then your next 11 and then however many they add … you have to give them an order, so that you don't miss out on any,” she said. “So, that will require some programming that may take a while.”

One of those claimants who is still waiting is Las Vegas resident Michael Guilbault, who is applying through extension programs but hasn’t received unemployment benefits since Dec. 22. His request for rental assistance money has also not moved a month after applying, and he says he’s worried that he’ll end up homeless before long if the money doesn’t come through.

Cafferata said more complicated claims are more likely to hit snags, including situations where DETR says it looks like the system is creating an overpayment and staff have to go in and manually correct the issue.

“It's always tough choices,” she said. “Do we just push it all through and then create a bunch of inaccurate overpayments? That's not helping people either, so we're trying to get it all right.”

Senate Republicans have been among the most vocal about fast-tracking fixes to the system, including an overall modernization that could cost close to $50 million but is targeted for at least two years down the road. Republicans requested a bill late last month to address problems within the unemployment system, although it has yet to be formally introduced.

In an interview where he described the caucus’ proposal, Sen. Keith Pickard (R-Henderson) cited statistics DETR presented in a budget hearing on March 4 indicating there were more than 82,000 unresolved PUA and regular unemployment claims in the backlog, plus several hundred thousand claims that are flagged for identity issues and are thought to be almost entirely fraudulent.

The lone policy bill that DETR has introduced so far, SB75, does not address the temporary, federally funded PUA program and focuses mainly on employer tax rates for contributions to the regular state unemployment system.

“We're a year in, and SB75, DETR said, was the only bill they're bringing. Didn't address any of the systemic problems they have,” he said. “This fixes it, if we can get this passed.”

Among the changes Senate Republicans are proposing:

Many of the suggestions come from conversations the caucus has been having with Amber Hansen, administrator of a large Facebook group for PUA claimants, who has advised both an unemployment strike force and a court-appointed special master about the claimant experience and who Pickard said would be a natural fit for such a role. She said she preferred the independence of not being a direct part of the very agency that claimants are struggling with but also in order to bring a claimant’s perspective to bear in policy discussions.

“We're just not speaking the same language from a claimant perspective to what a DETR perspective is,” she said. Her vision is a setup “where everybody has a seat at the proverbial DETR table, and it's not just DETR doing what DETR does.”

While Pickard suggested that ambitious proposals such as the modernization could address the problems in a matter of months, Cafferata said the process — including even making the initial request for bids — could take years.

“If you're buying technology, you want to be very thoughtful in what your request for proposal looks like and how you do it, as pressing as the problem is,” she said. “We're trying to ... come up with all different sort of levels of technology solutions ... from sort of immediate actions, to something we could do in a year or two, to completely replacing the system, but that would be a longer-term proposal.”

Pickard suggested the state should be able to accomplish such a project with the approximately $3 billion state government is receiving through the COVID relief package. Cafferata said she didn’t think that bill provided funds for modernization, but that there might be standalone bills in Congress meant for such projects.

Pickard, who is something of a persona non grata among the Democrats controlling the Legislature for voicing support for but then recanting on raising taxes during the special session, said he would be fine if the other party took the ideas and ran with them.

“If they want to take this bill and drop it under their jacket, I could not care less,” he said. “This is not about the political win. This is about helping half a million people that have been hurt by the really piss poor response that we've seen out of DETR.”