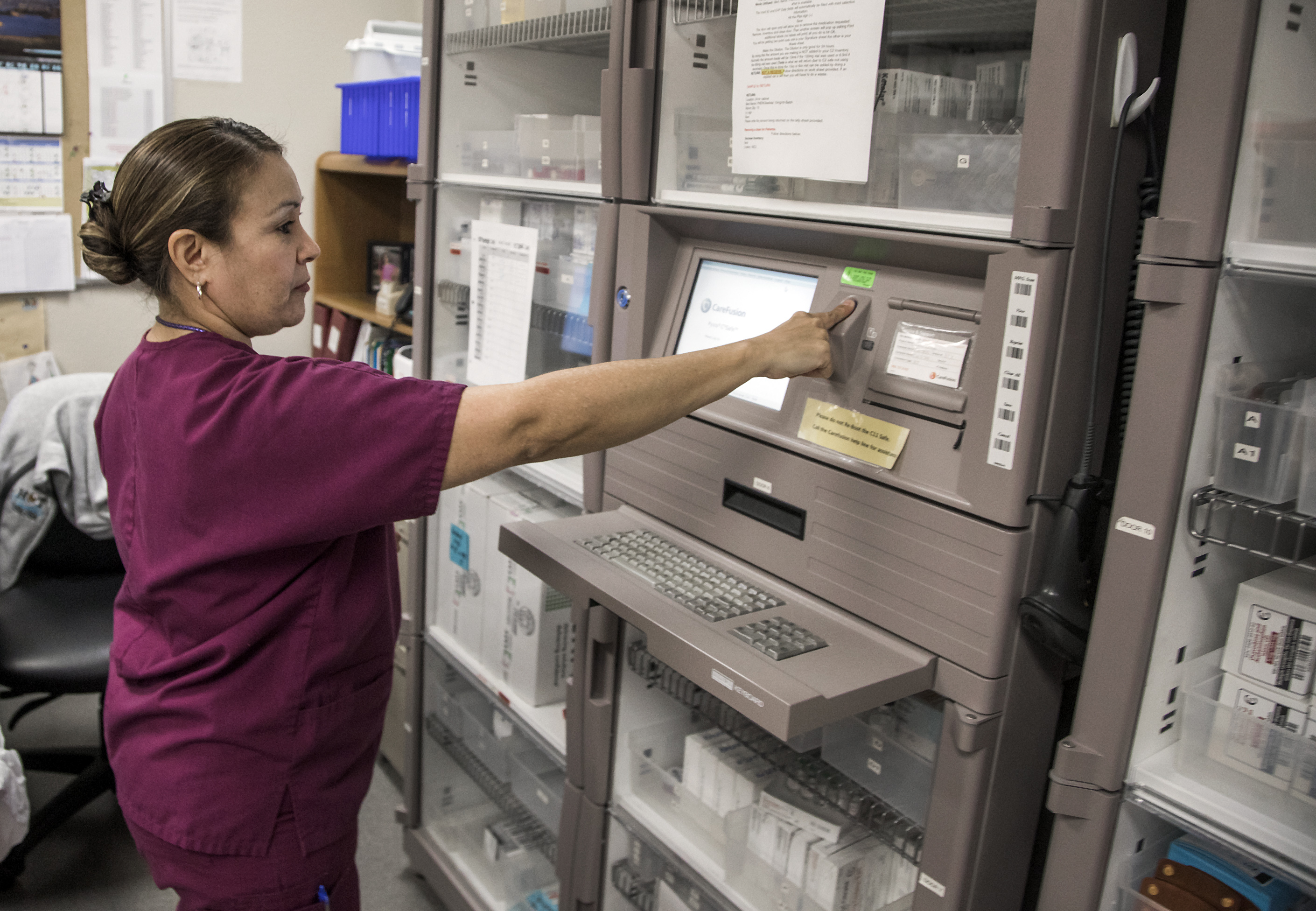 It’s been three full days since a law putting stricter requirements on writing opioid prescriptions went into effect, and doctors are barely sure how to comply with the law — let alone assent to a set of disciplinary measures that could strip their licenses for failing to do so.

One portion of the multipronged law, spearheaded by Gov. Brian Sandoval and passed by the Legislature last year, aims to curb Nevada’s opioid epidemic by dictating the steps doctors must take before writing both short- and long-term prescriptions for controlled substances. But at least some doctors say the requirements in the law, however well-intentioned, are vague at best and impossible to comply with at worst.

Before writing an initial prescription for a controlled substance, such as Oxycodone, Percocet or Xanax, doctors are required by the law to obtain and review a patient’s medical records, access the patient’s record in the state prescription drug monitoring database and secure written consent from the patient after discussing potential risks. It also sets benchmarks for prescriptions after 30 days (the doctor and patient must enter into a prescription medication agreement, including patient consent to drug testing by their doctor, a prohibition on sharing medication and reasons the doctor can change or discontinue treatment) and after 90 days (determine an evidence-based diagnosis for the cause of the pain.)

Jim Marx, who has worked as a pain doctor in Las Vegas for 25 years, compared the new law to the designed-to-fail literacy tests given to disenfranchise racial minorities in the late 19th to mid-20th centuries. For instance, one part of the law requires health-care providers to report drug overdoses or suspected drug overdoses to the state, but Marx said he hasn’t received any information about who to contact.

“There are so many issues of this law that have not been fully defined,” Marx said.

Marx was one of about a dozen doctors who brought forward concerns about the newly enacted law at the public workshop Wednesday hosted by the Nevada Board of Medical Examiners, which licenses all doctors of medicine (M.D.s) in the state, to discuss penalties for doctors who fail to comply with the law.

Although the law spells out what practices doctors must abide by, it left setting the penalties for failing to do so up to the medical licensing boards. The proposed regulations from the medical examiners board lay out five tiers of penalties for doctors who issue “fraudulent, illegal, unauthorized or otherwise inappropriate” controlled substance prescriptions, from requiring doctors to complete two hours of continuing education for the first offense to revoking a doctor’s license for a fifth offense.

All the doctors who spoke at the workshop characterized the regulations as overly punitive and not the right step for the board to take when doctors are still looking for basic guidance about how to comply with the law. None advocated the board approve the regulations.

“We would very much be looking to the board to help us with clarification of the law rather than to be so punitive at least in these initial months of implementation,” said Daniel Burkhead, a pain management doctor in Las Vegas.

Though he was tasked by the state with helping doctors implement the law, Burkhead said that he has struggled with it in his own practice. He said he has erred on the side of caution in interpreting the law — such as considering a change in medicine a change in “treatment plan” under the law, which requires a new informed written consent form — but still the doctors he works with are fearful.

“They’re scared, frankly. They’re scared that we’re going to have some flaw in our paperwork, some flaw in our process that opens us all up — all seven providers — to being sanctioned by the board in various ways,” Burkhead said. “So when I’m talking to my providers and telling them how to implement this, I have to go with the most conservative thing I can think of.”

Burkhead said his office intended to open at 8 a.m. and close at 4 p.m. on Tuesday, the first day it was open since the law took effect. Even though they asked every patient to come in 30 minutes prior to their appointment time to fill out the new paperwork, several practitioners didn’t wrap up their work until 7 or 7:30 p.m., he said.

Cole Sondrup, an emergency medicine doctor in Las Vegas, said that the new law has added an extra 10 minutes of time per patient. He said he had spoken with some oncologists who said they weren’t going to prescribe pain medicine anymore to their cancer patients.

“We appreciate the regulation. We appreciate the fact that something is being done to control an enormous problem,” Sondrup said. “But I think, as a group, we feel it is a bit broad and has been extended way too far.”

Other doctors raised questions about what some of the terms used in the law mean — “informed consent,” “bona fide relationship” and “otherwise inappropriate prescription” — or urged homogeneity between the various medical licensing boards that oversee providers allowed to prescribe controlled substances, such as doctors of osteopathic medicine, advanced practice nurses and optometrists.

They also asked for clarification about what exactly would count as a violation under the proposed regulations. Another portion of the new law requires every controlled substance prescription to contain the patient’s date of birth, the disease diagnosis code, the fewest number of days necessary to consume the controlled substance if the patient takes the maximum dose and the prescriber’s Drug Enforcement Administration number.

Even though he writes a smaller number of controlled substance prescriptions than some other doctors, Las Vegas physician Jeffrey Roth said he would have to be 99.5 percent accurate to only make five mistakes in 1,000 prescriptions a year. He said he couldn’t imagine being a cardiologist or internist who writes many more prescriptions.

“They have to be absolutely perfect to not get a hit and go on the bad boy list,” said Roth, also the president-elect of the Clark County Medical Society.

Several doctors, including state Sen. Joe Hardy, suggested the board form a working group to address the implementation of the law on an ongoing basis.

Edward Cousineau, the board’s executive director, agreed that forming a working group made up of members from the various medical associations and medical societies would help with the implementation of the bill. He also said it was likely that the board would amend the current draft of regulations to send back to legislative staff for review and start the regulation process anew, based on the concerns brought forward at the workshop.

Until then, doctors will have to continue to do their best to follow a law they still have many questions about.

“The folks that want to implement this and want to be compliant, we need to know how to do that,” Burkhead said. “The folks that don’t, those are the folks that the board can hunt down later. But most of us really want to get on board with this, but we don’t know how.”