Down with the prohibitionists 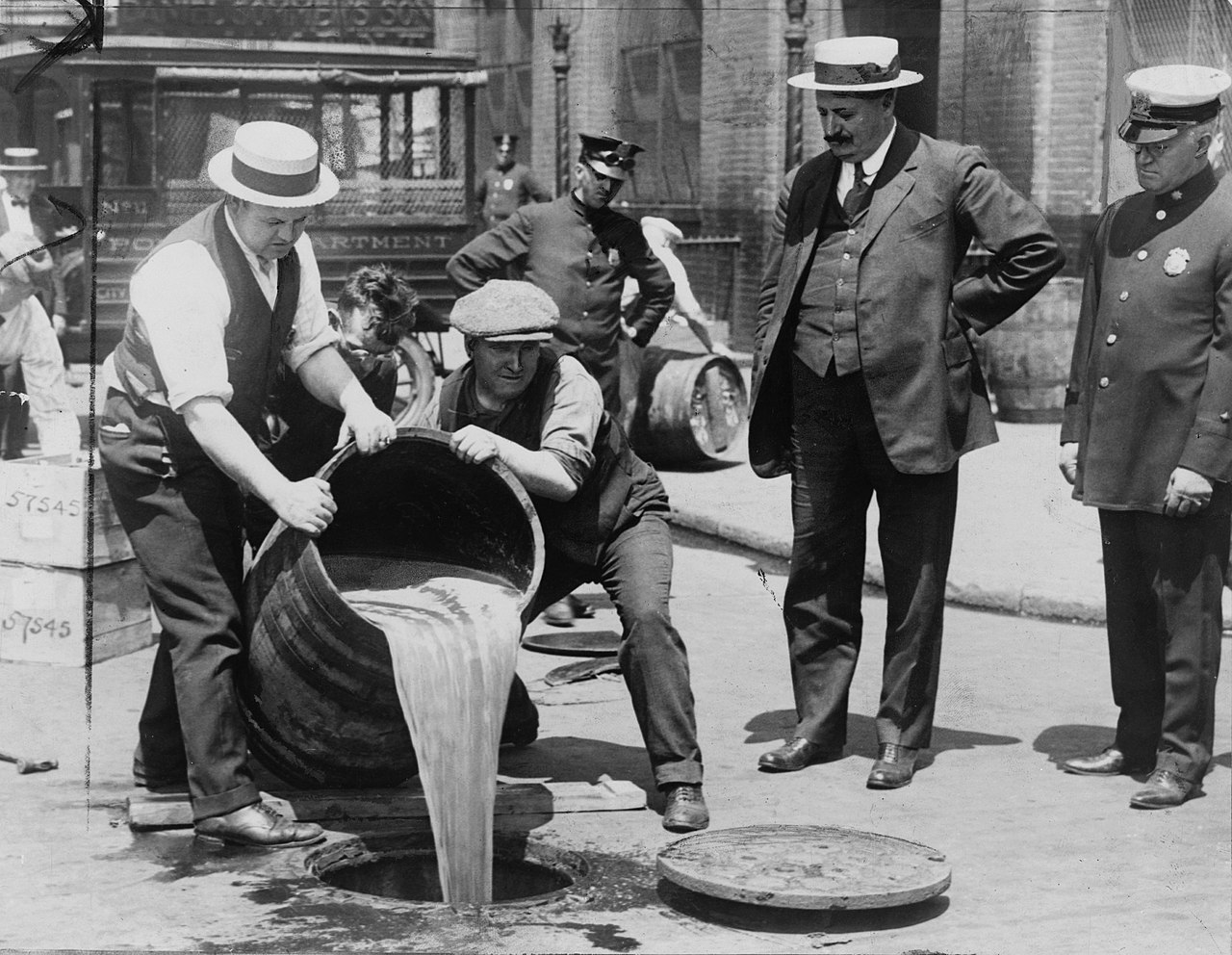 Part of what makes it feel so divorced from our own time is the retrospective knowledge that alcohol prohibition turned out to be an unmitigated policy disaster. Not only does history give the impression that pretty much everyone felt comfortable sneaking a sip from a moonshiner’s bottle or slipping into a speakeasy, but the black market created by the overzealous actions of the temperance movement gave rise to a network of organized criminal enterprises that long outlived the 18th Amendment itself.

One would think that after the violence, lawlessness and extraordinary cost in blood and treasure brought on by prohibition, the virtue of such policing tactics might have been discredited as a futile, puritanical, attempt to regulate people into better living habits.

Of course, one would also be wrong.

Even today, cultural scolds of various stripes remain powerfully influential in all levels of government. The only thing that has changed since teetotalers pushed their policy preferences on the American people in the 1920s is what substances have earned the ire of such prohibitionists.

Politicians, for example, have long clutched their pearls over the wave of opioid addicts created each year by the pharmaceutical industrial complex—vowing ever more stringent regulations to ensure little white pills made from powder of the poppy aren’t handed out like candy by pharmacists, doctors and pharmaceutical representatives.

Given the steady drop in opioid prescriptions, it might be tempting to see such regulatory actions as somewhat successful. However, suggesting that a decline in prescriptions somehow correlates with a decline in America’s appetite for opioid-induced highs is like suggesting alcohol prohibition was a success because there were fewer liquor stores. As doctors and pharmacists have been pressured to be more judicious with prescriptions (to a fault, according to some scholars) cheaper black-market alternatives have filled much of the void.

And like the questionable low-cost booze for sale on the streets of many small towns a century ago, these black-market drugs aren’t exactly known for stringent quality controls. Overdoses have skyrocketed in recent years — with those tied to a synthetic and more accessible alternative to natural opioids leading the way.

Attempts to reduce the harm of such illicit drugs by legalizing drug-use therapies or ensuring “safe supply” sites for addicts has been staunchly opposed by regulators, law enforcement and other champions of the War on Drugs—leaving addicts and users to take their chances with increasingly risky black-market products in an unregulated world of criminals and cartels.

Even if one feels drugs so closely related to morphine merit some level of prohibitionist regulatory structure, where to draw the line becomes a contentious issue. After all, marijuana once faced the same kind of prohibitionist policies we currently see levied against heroin, cocaine and other “hard core” substances. There have even been those who advocate for substances such as nicotine to join the ranks of the verboten.

For decades, tobacco-abolitionists have been steadily accelerating their war on nicotine with the same kind of reckless disregard for the impact of their policies as other prohibitionists—even going so far as to punitively tax and regulate less harmful alternatives to cancer-inducing cigarettes.

In the national Build Back Better bill, for example, a new tax on vaping products would treat the habit roughly the same as sucking down packs of unfiltered Lucky Strikes. And while neither habit is conducive to a long and healthy lifestyle, there’s an indisputable “public health interest” in getting people to give up the latter in favor of the former. Nonetheless, prohibitionists who insist on relegating nicotine consumption to the ashtray of history have long sought to outlaw (or regulate into obscurity) almost any less harmful alternative for would-be former smokers.

Indeed, on a slew of issues, prohibitionists are alive and well in American politics — determined to make America a healthier, less addicted and less intoxicated land of individuals through regulations and more aggressive policing of people’s habits and behaviors.

Fortunately, there are areas where we’re beginning to see an abandonment of such nannyist attitudes.

Alongside four of her colleagues in the U. S. House, Representative Nancy Mace (R-SC) recently introduced legislation traditionally at odds with her very own Republican Party: The legalization of marijuana on the federal level. The States Reform Act would be a long-overdue policy to give relief to the legal marijuana marketplaces that have cropped up in states such as Nevada—marketplaces that, in and of themselves, demonstrate a shifting attitude among the broader public away from prohibitionist drug policies.

The move, of course, raised eyebrows from many pundits who think of the Republican Party as one that desperately clings to the anti-drug crusades of past decades. However, legalization isn’t completely foreign to America’s “conservative” political party. After all, the godfather of 20th Century conservatism, William F. Buckley Jr., argued long ago that the war on drugs was already lost. Likewise, famed economist Milton Friedman — hardly a progressive hippie in his day — was similarly vocal in his advocacy for full drug legalization.

Nonetheless, such voices were often the minority in politics, generally, and within the Republican Party specifically. The States Reform Act, thus, demonstrates a positive bipartisan trend toward classical liberalism in the face of a half century of “war” from both parties against drug use. Indeed, Americans from all political backgrounds seem to be abandoning the propagandistic “no drugs” mantra from decades ago — giving way to the belief that there might just be better ways of dealing with drug use, addiction and substance abuse than throwing people in cages and militarizing police departments.

In his book Kitchen Confidential, Anthony Bourdain argued that “your body is not a temple, it's an amusement park” and that you should “enjoy the ride.” While most Americans likely believe there are limits to which such a philosophy should be applied, an increasing number also seem to agree that those limits shouldn’t be determined by inept politicians, regulators or — least of all — the types of federal agents they once sent to break apart whiskey barrels.