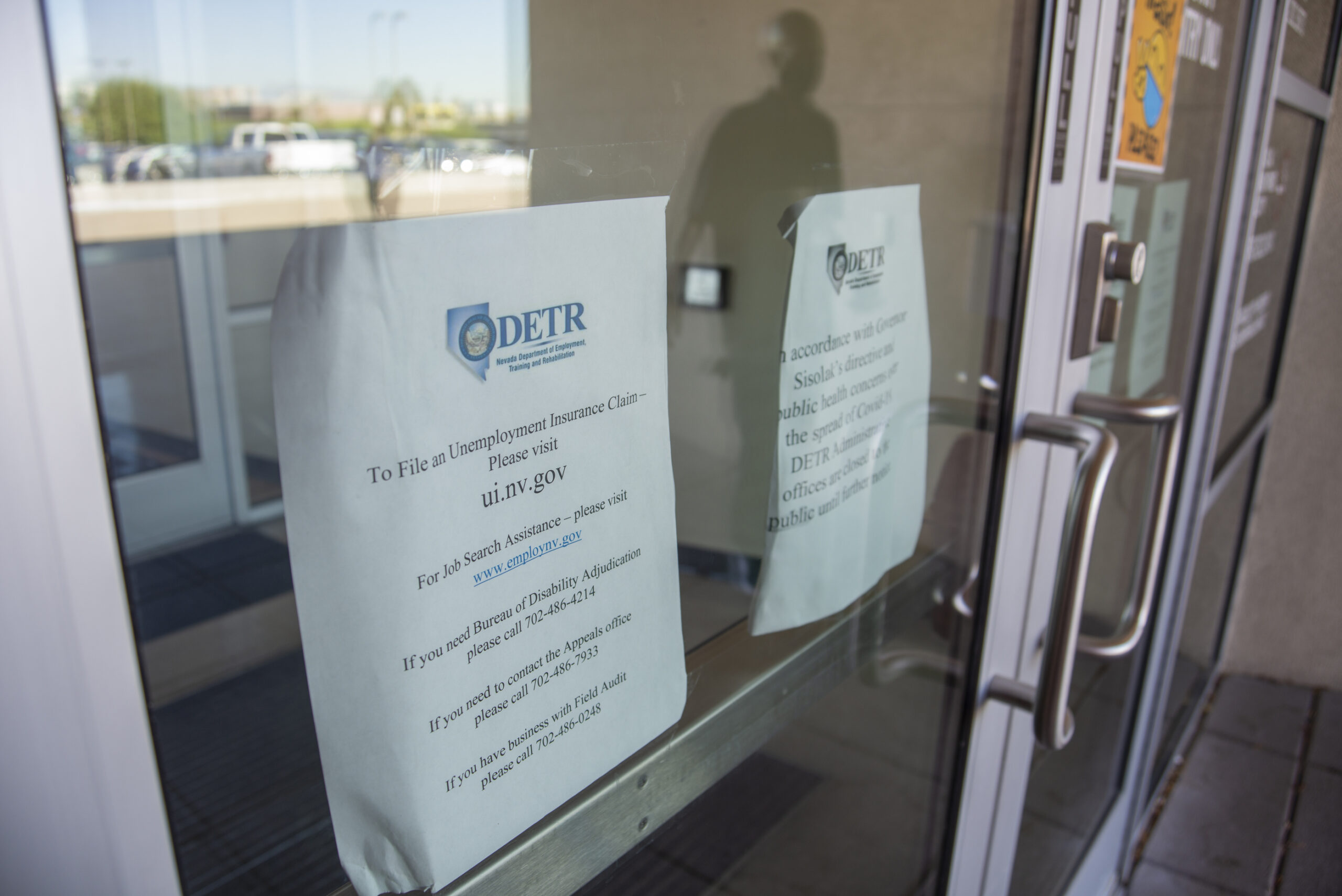 Nevada is dropping off the list of states eligible for extended unemployment benefits because its jobless metrics have sufficiently improved — a move that means about 300 people will lose those benefits effective Aug. 7.

The Nevada Department of Employment, Training and Rehabilitation (DETR) announced on Tuesday that the economy had improved enough to switch off state residents’ eligibility for State Extended Benefits. The program ticks on in states with high unemployment, and off when states achieve a three-month average rate below 8 percent. The state reported a 7.8 percent unemployment rate in June.

“DETR and Governor Sisolak did all we could to ensure filers received maximum unemployment benefits during the pandemic," said DETR Director Elisa Cafferata. "With the positive economic gains Nevada is making, it’s natural for these extended benefits to wind down.”

When Nevada hit the high unemployment mark last year and switched on State Extended Benefits, it unlocked up to 20 extra benefit weeks for claimants who have exhausted base unemployment weeks and any Pandemic Emergency Unemployment Compensation allotment. The milestone means the number of extra weeks will drop to 13.

Many other states have long since dropped off the eligibility list for extended benefits. In the week ending June 26, residents in only 11 states were eligible for the program.

State Extended Benefits is currently the smallest of four major unemployment programs serving Nevadans. There were 566 Nevadans filing claims into the program in the week ending July 10, although DETR said the program has helped some 100,000 Nevadans in total since May 2020.

Also on track to expire on Labor Day weekend: The 13 weeks of State Extended Benefits that remain after the ramp-down announced Tuesday, and the Federal Pandemic Unemployment Compensation program that adds $300 per week to base unemployment benefits.

In all, there were 184,861 claims filed to various unemployment programs in Nevada for the week ending July 10 — a figure that amounts to about 12 percent of the labor force.

Nevada’s 7.8 percent June unemployment rate puts the state at 49th in the nation, with only Connecticut and New Mexico notching higher jobless rates. But it’s well below the pandemic peak of April 2020, when Nevada’s statewide unemployment rate was 29.5 percent.