Election deniers should be disqualified from holding public office 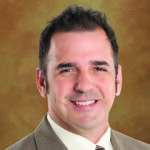 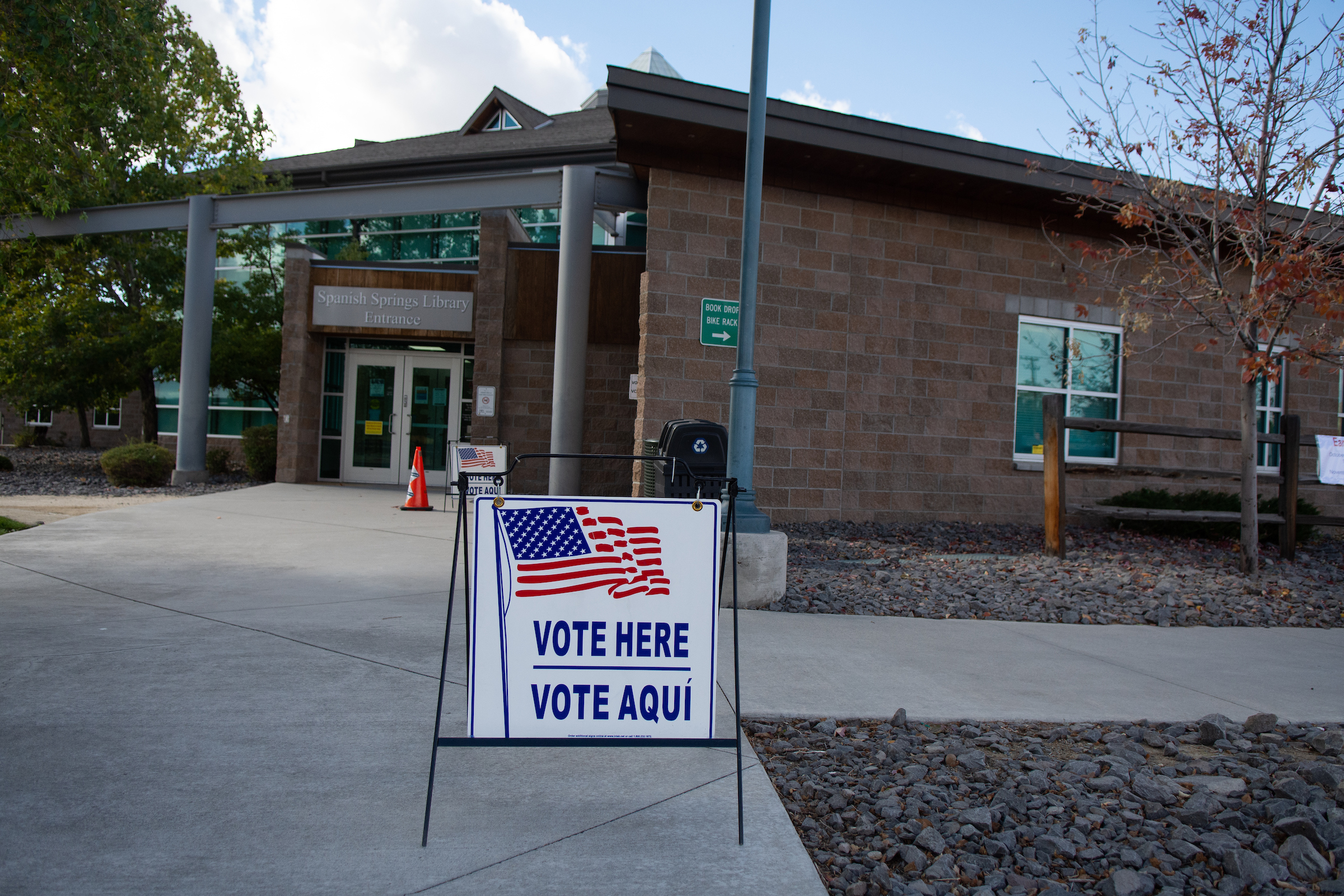 Sixty percent of voters across the country will have candidates on their ballots who support former President Donald Trump’s false claims that the 2020 election was stolen. In Nevada, voters are being presented with an election denier in almost every race for a constitutional office, a few House races, and one Senate race. In Washoe County, many local races not only have election deniers running for office, they are being well funded by a millionaire conspiracy theorist who has dumped hundreds of thousands of dollars into local and statewide races and successfully engaged in a hostile takeover of the Washoe County Republican Party.

As voting continues across Nevada, when and why should voters conclude that a candidate is not competent and is disqualified from public office? I don’t mean disagreements over policy. Rather, as a threshold question, are there words and/or actions so egregious that they are disqualifying, in themselves? And if so, is claiming that the 2020 election was stolen and voter fraud is rampant, when there is no evidence of that, one of them?

It is a question of character. There was a time in our political culture when considerations of the character of a candidate superseded party affiliation, at least most of the time. In the Republican party, for example, if it was discovered that a candidate committed an act of sexual assault, engaged in domestic violence, coerced a woman to get an abortion, was unfaithful to a spouse, engaged in shady business practices, or refused to support our constitutional form of government, then voters concluded the candidate was not qualified for public office and would not vote for the candidate.

Unfortunately, the Trump effect on American politics has rendered the character of the candidate irrelevant to many voters. In Nevada, this is especially true, as evidenced by the fact that a dead pimp who had been under investigation for sexual assault and had declared himself the “Trump of Pahrump” was elected to our Legislature. I once thought Hof’s election was the lowest point in Nevada political history because it showed that people would rather vote for a dead pimp than for a Democrat. I was so disgusted with this outcome that I almost changed my voter registration from Republican to nonpartisan. But I put that election into perspective by reasoning that the result was more of a reflection of the idiosyncrasies of Nye County voters than of Nevada generally.

Clearly, my reasoning was wrong. This election cycle we have candidates for statewide public office who lack what might be redeemable in the low character of a dead pimp because of the serious threat they present to the rule of law and the peaceful transition of power. They have actively promoted what has commonly been referred to as the “Big Lie,” which is the baseless claim that the 2020 presidential election was rigged via massive voter fraud and that today we can’t trust the outcomes of any elections in America (especially when Trump-like candidates lose).

I agree with columnist David French who recently wrote, “American politics should be purged of election deniers,” and that we should not vote for or support, “abusers, harassers, or election deniers. I don’t care who they’re running against. I’ll sit out the election. I’ll write in.” As Nevadans, and Americans, our loyalty should be to our Constitution and our country, not to people who lie, seek to subvert the Constitution, and create instability with their reckless rhetoric and dangerous actions. The Nevada state motto is, “ALL FOR OUR COUNTRY.” We each have a duty of loyalty to our country and our state, NOT to a political party and their agents of chaos and/or anarchy.

Jack Young, chair of the ABA Standing Committee on Election Law, quipped, “At the heart of the democratic process is the rule of law.” He meant that our country’s great ideals are held together by a shared commitment to the rule of law wherein citizens elect the leaders, and the government itself is bound by the law, while also helping to ensure that the law is respected among the citizens of the state. Democracy cannot exist without the rule of law, especially the rule that dictates who should occupy public office given the results of elections.

Likewise, the authors of, “LOST, NOT STOLEN: The Conservative Case that Trump Lost and Biden Won the 2020 Presidential Election (July 2022),” said it best when they declared, “There is no principle of our Republic more fundamental than the right of the People to elect our leaders and for their votes to be counted accurately. Efforts to thwart the People’s choice are deeply undemocratic and unpatriotic. Claims that an election was stolen, or that the outcome resulted from fraud, are deadly serious and should be made only on the basis of real and powerful evidence. If the American people lose trust that our elections are free and fair, we will lose our democracy.”

Donald Trump and all of his supporters, including many running for public office in Nevada, utterly failed to present evidence of fraud and/or inaccurate results significant enough to invalidate the results of the 2020 Presidential Election. In fact, as has been proven in multiple court cases and studies of the 2020 elections, there was no fraud that changed the outcome in even a single precinct. Anyone who recklessly attacks the efficacy of our elections without clear and convincing evidence to support their claims lacks the character to hold any elected office because they can’t be trusted to uphold our Constitution, our laws, and our institutions.

In Nevada, there were 11 court cases centered on challenging the results of the election. Despite claims that “thousands and thousands of examples of real people in real-life instances of voter illegality” and that Nevada was “the big treasure trove of illegal balloting in all of” the states Trump contested, none of the cases proved fraud or irregularities sufficient to overturn the election results in any court or investigation. The 2020 election in Nevada was conducted with integrity, as has been affirmed and reaffirmed many times over the last two years. Cases of voter fraud were isolated and few. There was no illegal interference with election observers, fraud by voting machines, unlawful absentee-voting procedures, or bribery of voters.

The Nevada secretary of state, a Republican, conducted numerous investigations of the

election results, based on nearly 300 election complaints submitted by Trump and his supporters between September 2020 and March 2021. Those investigations repeatedly confirmed the integrity of the election, finding no allegations of election misconduct that would have any impact on the election results.

While it is undisputed that election fraud occasionally occurs, our election system does a good job of prosecuting fraudsters. Certainly, we should strive to improve our election systems and do everything we can to eliminate election fraud and to punish it when it occurs. However, to attack the whole system as corrupt and unreliable and to invidiously undermine the confidence voters have in our elections for political gain is disqualifying malpractice by anyone seeking elected office.

“In the past 30 years, those tasked with administering our elections have helped create a

modern election system in which we can and should have confidence. In all 50 states and at the national level there are transparent recount and election contest procedures designed to allow candidates to investigate and litigate claims of voter fraud and corruption. Those procedures have been tested in every presidential election since at least 2000 and have been found in every instance to be sound and reliable.” (Source: LOST, NOT STOLEN: The Conservative Case that Trump Lost and Biden Won the 2020 Presidential Election (July 2022).

The gyrations of the Republican Party in Nevada over alleged voter fraud are a sad effort by party leaders and their preferred candidates to cover their own past failed political strategy and tactics. Rather than attacking the integrity of our elections, slandering and condemning dissenters from their party like me, and supporting candidates who are unqualified election deniers, party leaders and operatives should look in the mirror and admit that it was their own failure, and the failures of Donald Trump, not the failure of the secretary of state or local election officials, that cost them victories in 2020 elections.

Unfortunately, humility and personal accountability are not hallmarks of today's Republican Party. Consequently, they have proffered several candidates for public office who ought to be disqualified per se and have deployed political strategies that will rightfully cause them to lose many elections that they should have otherwise won. No doubt they will cry “fraud” again. Recent reporting has revealed that preparations are already being made to challenge the 2022 election results before a single ballot has been cast. Let’s hope we can overcome this insidious attack on our democracy and that election deniers are soundly repudiated by the people of the State of Nevada.

Jason D. Guinasso is the managing partner of law firm Hutchison & Steffen’s office in Reno. He is a litigator and trial attorney who also maintains an appellate practice, which includes petitions for judicial review of administrative decisions, extraordinary writs, and appeals to the Nevada Supreme Court. He also is legal counsel for the Reno/Fernley Crisis Pregnancy Center and an associate pastor at Ministerio Palabra de Vida where he serves a diverse multicultural church.