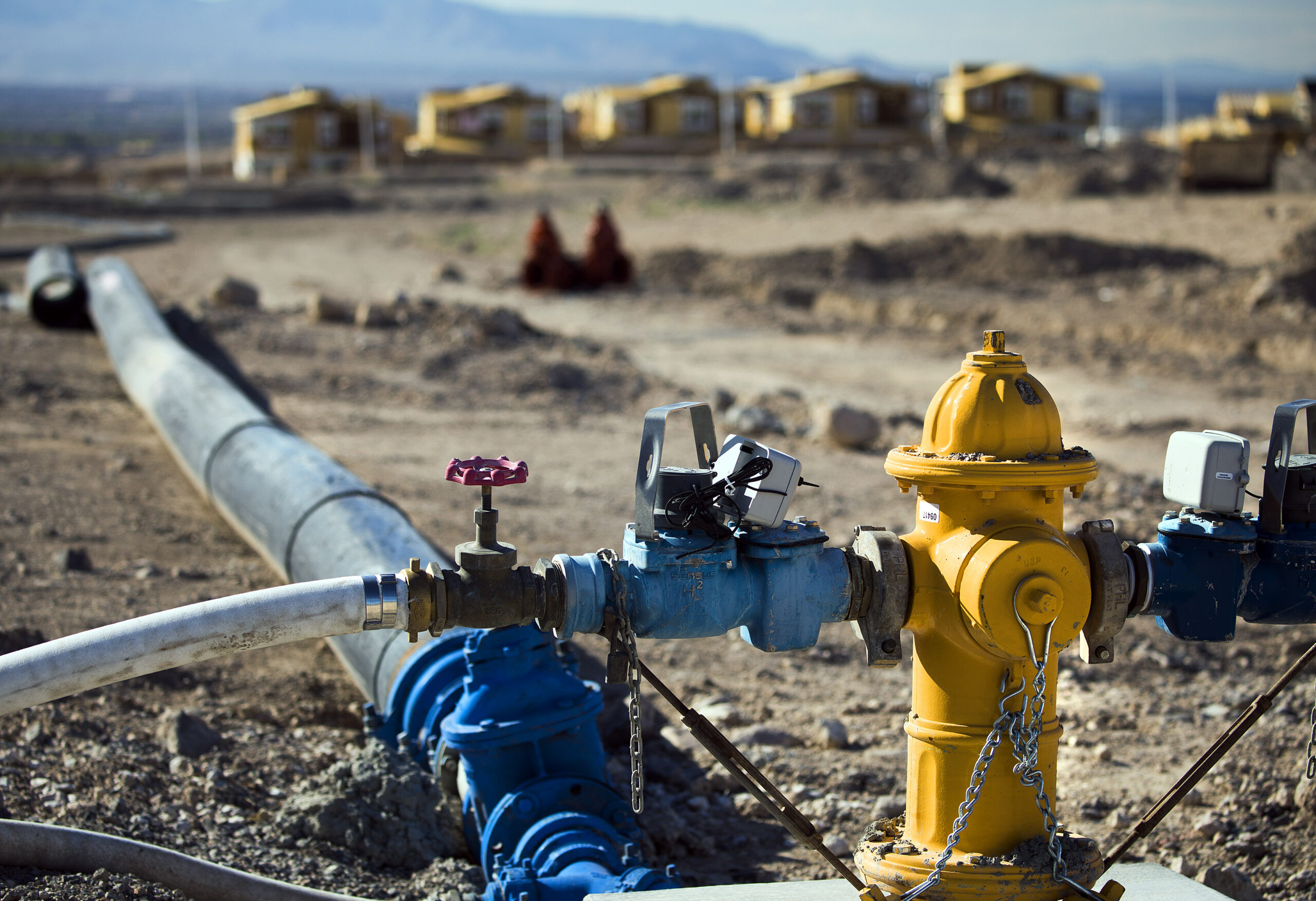 Environmental groups are raising concerns over a provision in draft legislation they believe could exempt the Las Vegas pipeline — a proposal to pump eastern Nevada groundwater about 300 miles to Southern Nevada — from further litigation and federal environmental review.

The concern stems from Clark County’s recent legislative proposal that aims to resolve issues with the federal land that encircles Las Vegas as the region looks to expand its urban footprint.

At issue is a section focused on transmission for the Southern Nevada Water Authority, which manages its power portfolios — with other public agencies — through an association separate from NV Energy. The bill requests a right-of-way for power lines on federal public land in Lincoln and Clark counties (rights-of-way are required to develop projects on federal public land).

The draft bill says the right-of-way that is granted “shall not be subject to further administrative or judicial review.” But in doing so, it makes reference to an existing federal environmental analysis for the pipeline and related power lines. As a result, groups fear the bill could be used to exempt the pipeline’s environmental analysis, already the subject of litigation, from further review.

“[The water authority] is trying to rewrite the laws to allow their destructive pipeline and remove barriers that were enacted to protect Nevadans and their public resources,” Kyle Roerink, the executive director of the Great Basin Water Network, said in a press release last week.

When asked whether the lands bill prevented further environmental or judicial review of the pipeline, water authority spokesman Bronson Mack pushed back, saying “the answer is absolutely not.” He said the provision within the proposed bill applied to granting a right-of-way for power lines that will convey renewable energy to comply with Nevada’s increased clean energy rules.

Although the power lines might travel within the same corridor — or right-of-way — as a small section of where a future pipeline could be built, the transmission, he said, is a separate project. Mack said the bill exclusively focuses on power lines and would not preempt the process for the pipeline's environmental analysis, part of which was the subject of a court order in 2017.

“It already is going through judicial review,” Mack said. “This legislation would not change that.”

The water authority first proposed the pipeline in 1989, expecting rapid growth and a shortage of its Colorado River supply heading into the 21st century. The growth came, but the shortage did not. Cities across the West, including Las Vegas, were able to grow on existing supplies, largely due to conservation and more efficient indoor use. Still, the water authority is pursuing state and federal permits for the project, though it is unlikely that the pipeline will be needed for decades.

On Friday, several environmental groups sent a letter to Sen. Catherine Cortez Masto, outlining their concerns with two of the water-related provisions within Clark County’s lands bill. The organizations included the water network, the Sierra Club, the Center for Biological Diversity, the Progressive Leadership Alliance of Nevada and the National Parks Conservation Association.

In the letter, they wrote “bedrock environmental protections must continue to guide large-scale development proposals that have far-reaching effects on water resources and the environment throughout the region.”

In response to that letter, Cortez Masto said in a statement on Monday that her office will “continue to work closely with all local stakeholders to hear their thoughts on proposed lands legislation for Clark County… I’ll continue to meet with and discuss solutions with Nevadans — from local leaders, to conservationists, to our business community and our military.”

Last year, a similar issue arose when a federal spending bill aimed to block lawsuits over a final environmental review for a water project under the Sacramento-San Joaquin River Delta. In that case, the bill drafters were explicit about their intent. The draft Clark County lands bill is vague.

But Marci Henson, who directs Clark County’s air quality department and is spearheading the comprehensive lands bill, said exempting the pipeline from litigation was not the bill’s “intent.”

The disputed provision is only one aspect of the county’s lands bill, which has been developed over about two years. The proposed bill would build on top of the Southern Nevada Public Land Management Act, known as SNPLMA, legislation designating which federal public lands the U.S. Bureau of Land Management was allowed to sell to developers. Most of the proceeds go to conservation projects, with the rest going to the water authority and the state. The bill would expand the amount of public land available for development by about 56,000 acres, potentially opening up the I-15 corridor to more growth.

To offset the impact of growth, the bill would designate roughly 297,000 acres of conservation land and about 83,000 acres of wilderness. Those designations could help the county meet its obligations under the Endangered Species Act, Henson said, but she added that the county would still need to meet the requirements of the U.S. Fish and Wildlife Service when new development conflicted with habitat conserved for dozens of species, including the threatened Mojave desert tortoise.

Groups like the Center for Biological Diversity, however, remain concerned that the bill could skirt the rules laid out by the wildlife service, the agency responsible for enforcing the Endangered Species Act. The group has argued that creating mitigation through congressional designations could undermine the scientific-based administrative process that the service typically takes.

In June last year, the Clark County Commission voted unanimously to approve a resolution outlining the contents of the bill and directing county staff to draft the potential legislation. Although the bill’s broad focus looks at large-scale land planning, the legislation could also resolve smaller day-to-day issues with federal public land used for Clark County schools and public infrastructure.