Ex-Gov. Sandoval appointed by regents as next UNR president 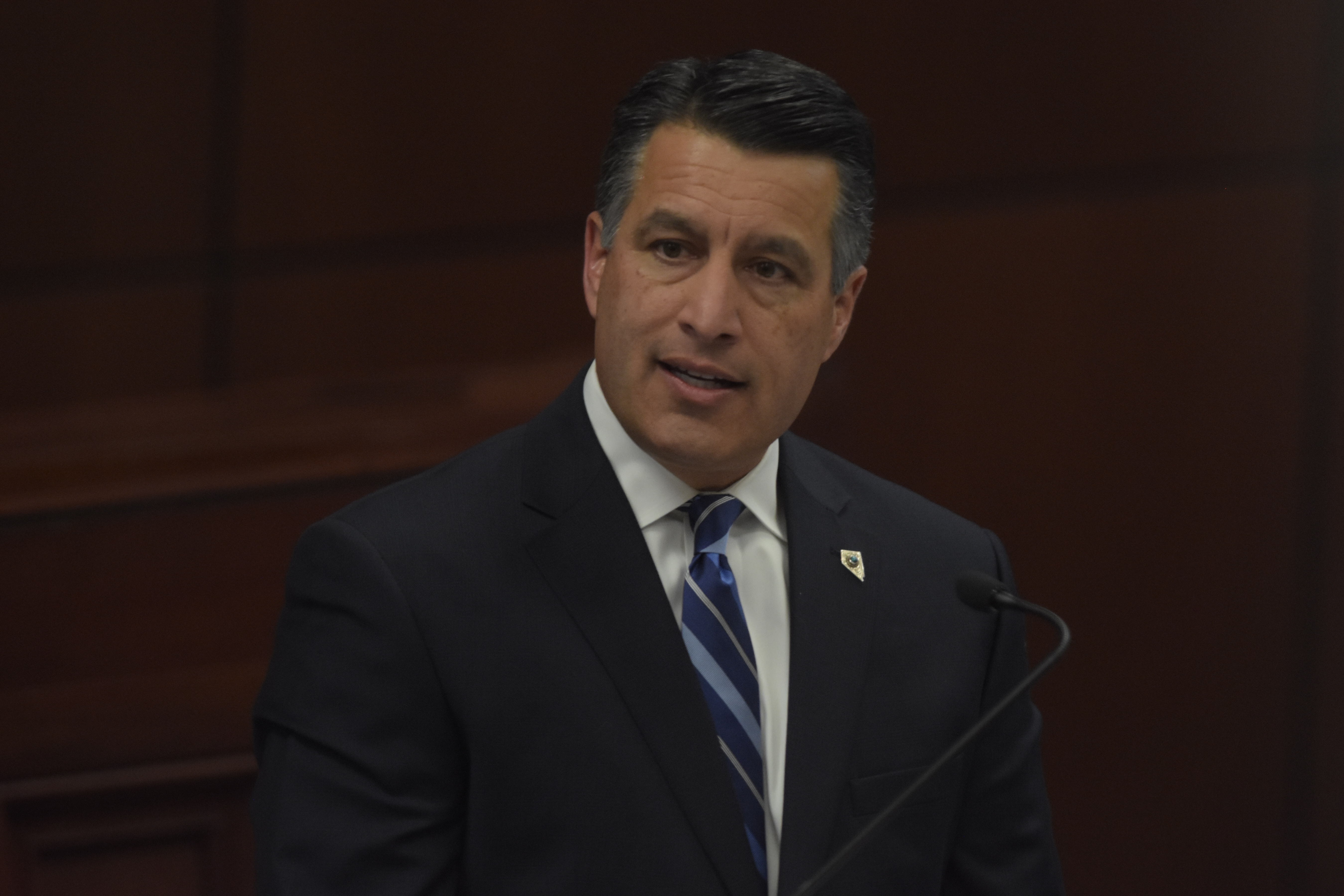 The Nevada System of Higher Education Board of Regents took the unusual step of appointing a former politician to lead UNR on Thursday, unanimously naming ex-Gov. Brian Sandoval as the university’s 17th president and marking a formal end to the months-long search to replace outgoing President Marc Johnson.

In doing so, regents also approved a $500,000 base salary — roughly on-par with the contract approved earlier this year for newly appointed UNLV President Keith Whitfield and slightly more than that for new system Chancellor Melody Rose. Sandoval’s contract also stipulates $8,000 for a car allowance, $18,000 for a housing allowance and a $5,000 host account, all per fiscal year.

“We're going to go through some difficult times, but I do believe that the future is bright,” Sandoval said, addressing regents after the vote.

Public comments submitted in advance of Thursday’s meeting were largely critical of Sandoval’s appointment, with most taking aim at his lack of on-the-job experience compared to other finalists or his past connections with some regents in his former capacity as the state’s chief executive.

“If I’m looking at the same CV as everyone else, one quick control-F finds Mr. Sandoval has no experience in the educational sector at all, let alone experience at the university,” UNLV student body President Joshua Padilla said. “So, if you need someone to look at a CVs and then build a qualified team below them that's going to do the actual meeting of a university, I would like to throw my hat in the bin because I think I can do that. The last time I checked, Mr. Sandoval would be leading one of two top tier universities in the state with zero experience.”

Though Sandoval is not without any higher education experience — he took on a role earlier this year as a Distinguished Fellow of Law and Leadership at UNLV’s Boyd School of Law — he was noticeably less experienced in the field than the other three candidates, all of whom entered the search as longtime college administrators.

Regents broadly downplayed these concerns, noting that the committees and individuals involved in Sandoval’s selection showed broad support for the former governor. Regent Rick Trachok, who chaired the regents’ ad hoc selection committee, told the board that 22 of the 27 committee members named Sandoval as their first choice, and for those who did not, he was named as a second choice.

Throughout the late stages of the process, Sandoval’s selection was cast by some observers as something of a foregone conclusion. That was no more so apparent than on Thursday afternoon, when UNR announced Sandoval’s appointment in an email to reporters — complete with a graphic welcoming him to the university — roughly 40 minutes before regents actually voted to appoint him.

He will take the university’s top job at a critical juncture for both UNR and higher education across the state. Massive cuts to state appropriations and ongoing uncertainty over how the pandemic may affect everything from programs to enrollment have clouded future projections for construction, expansion and academic milestones such as the Carnegie R1 research designation.

Even without an academic background, Sandoval — also the first Hispanic president of the university — will be among the most high-profile presidents ever to serve at UNR.

Sandoval famously left the bench in 2009 to run against then-Republican Gov. Jim Gibbons in the 2010 primary election, eventually winning the first of two terms in the governor’s mansion with a landslide win over Democrat Rory Reid, the son of former Sen. Harry Reid.

After leaving state government in 2019, Sandoval spent roughly a year as the president of global development for MGM Resorts International before stepping down in April of this year ahead of his formal bid for the UNR presidency.

Sandoval’s four-year contract is set to begin on Oct. 5.