Executive: Financing of Allegiant Stadium not threatened by Raiders upheaval 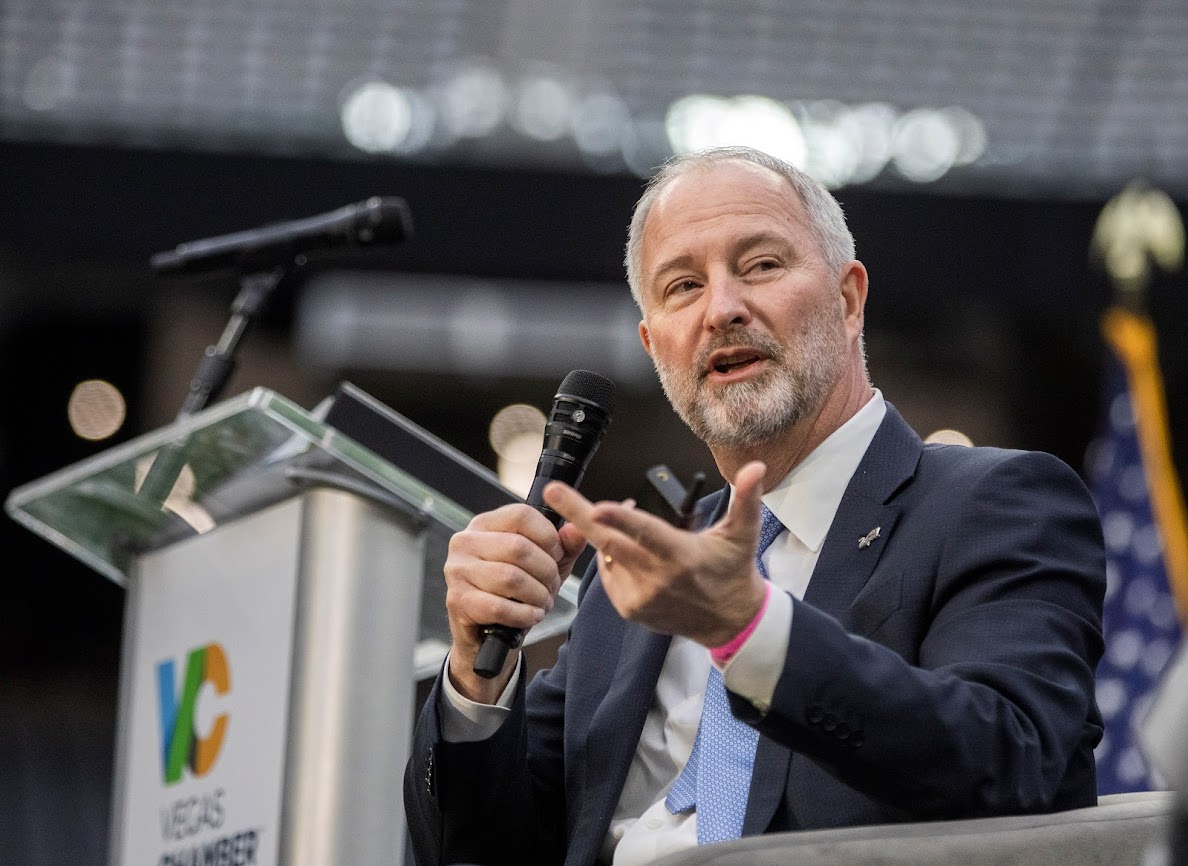 The operations and funding of the $2 billion Allegiant Stadium, including the $750 million in public financing, are not endangered by the turmoil surrounding the Las Vegas Raiders following the departures this month of two top team executives, one of whom alleged that owner Mark Davis “created a hostile work environment and engaged in other potential misconduct.”

The comments come after a published report in The New York Times Friday detailed financial irregularities and management issues that led to the departures of interim team president Dan Ventrelle and Jeremy Aguero, the team’s chief operations and analytics officer whose primary duties included oversight of Allegiant Stadium.

The Times article said former Raiders employees described lax controls over how money was spent and how people were paid.

Steve Hill, chairman of the Las Vegas Stadium Authority, which owns the 65,000-seat stadium, said Monday the development agreement for the stadium and leasing contracts are between the agency and the Raiders.

“Whoever owns the Raiders owns the contracts and the rights and responsibilities that go along with those contracts,” said Hill, who is the CEO of the Las Vegas Convention and Visitors Authority.

The Raiders have already paid the $1.25 billion in construction costs for Allegiant Stadium. The $750 million in public financing – the single-largest-ever pot of public money for a stadium project in the U.S. – was raised through bonds and will be repaid over 30 years by collecting room tax and making the required payments.

“Room tax collection is anticipated to be approximately 40 percent more than is necessary to pay the bonds,” Hill said. Also, he added there is a “significant debt service reserve in place” and Clark County has also guaranteed the bond payments.

The Raiders have a 30-year lease to operate the stadium and maintain the facility at a “premiere, world-class” standard. The NFL team contracted with ASM Global to help run the stadium.

Hill said because contracts have been signed, none of the planned events over the next few years, including the 2024 Super Bowl LVIII, are in danger of going elsewhere.

Allegiant Stadium is scheduled to host several non-conference college football games, including the PAC-12 championship game and is also the home stadium for UNLV football.

Hill said the LVCVA works with the Raiders to bring in certain events to the stadium and provides sponsorship in certain cases “because of the competitive environment” for major events.

Aguero, a longtime Las Vegas-based financial and economic adviser who resigned on May 5 after just seven months on the job, declined to comment Monday. Ventrelle, who was fired by Raiders owner Mark Davis on May 6, told Las Vegas media outlets that Davis “created a hostile work environment and engaged in other potential misconduct.”

NFL spokesman Brian McCarthy said in an email Monday the league declined to comment on the New York Times story.

“We said on Friday, May 6, that we would review the allegations made by Mr. Ventrelle,” McCarthy said.

The Raiders did not respond to an email request seeking comment.

A spokeswoman for Gov. Steve Sisolak said the Governor's Office would not comment on the Raiders situation.