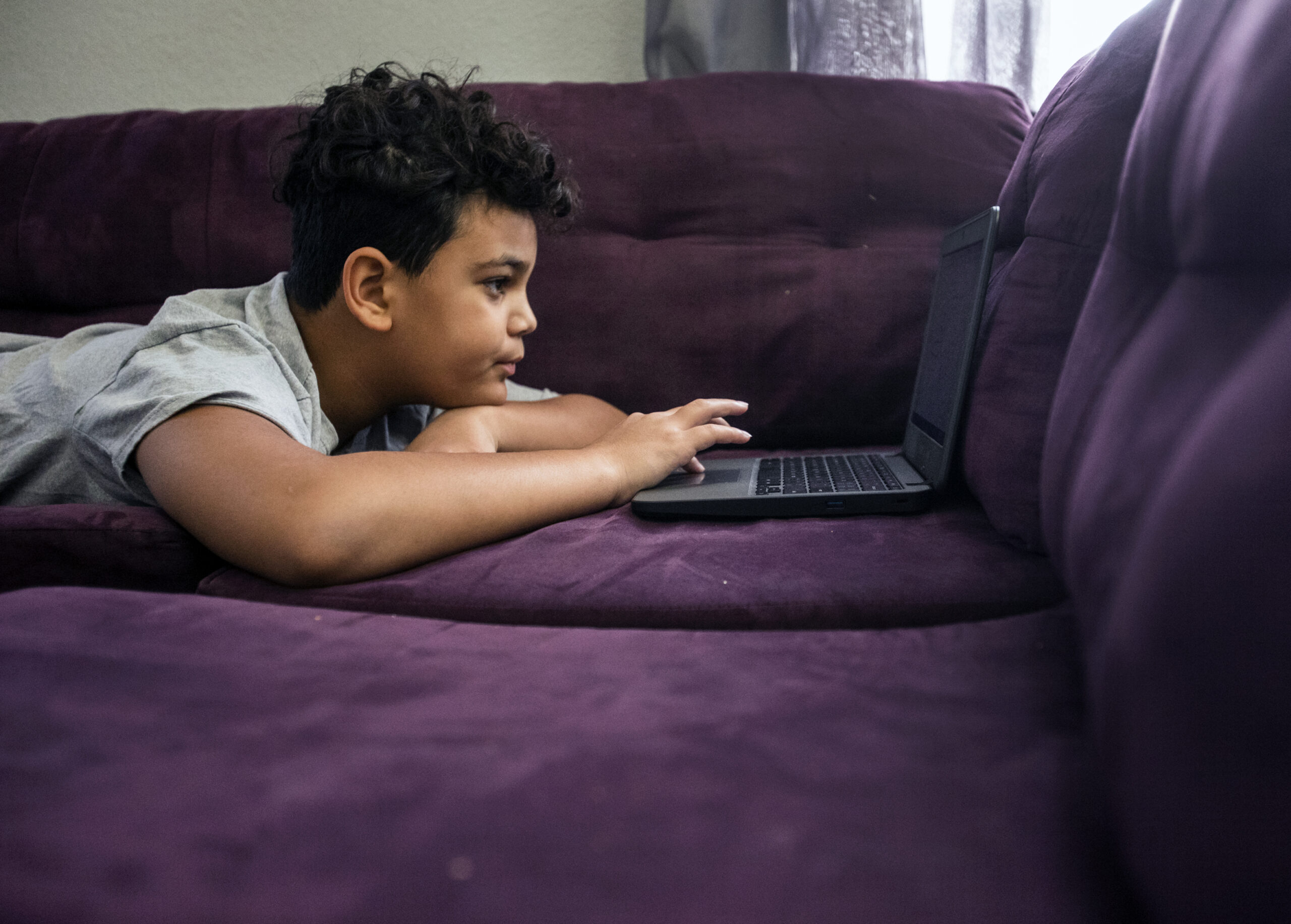 The Clark County School District saw a sharp uptick in the number of failing grades issued during the first semester, bolstering evidence that distance education has challenged students learning through a computer screen.

Ninety percent of the district’s comprehensive schools gave out more ‘F’ letter grades during the first semester of the 2020-2021 academic year than they did last year, according to academic data released Monday by the district. Likewise, 77 percent of schools assigned more ‘D’ letter grades. (The grade data does not include behavior, special education or district-sponsored charter schools.)

The data — included in backup materials ahead of the Clark County School Board meeting Thursday — offers a partial glimpse into how students are faring under a protracted period of remote learning. The Clark County School District has remained in distance-education mode since mid-March, and there’s no clear timetable for a return to brick-and-mortar classrooms.

Clark County Superintendent Jesus Jara said he wasn’t surprised by the increase in failing grades, given that it mirrors trends in other school systems.

“It’s going to drive the discussion for us internally,” he said. “It’s not just a CCSD issue. It’s a national issue for a lot of districts, right, moving quickly into distance ed.”

The newly revamped school board will discuss reopening schools at a meeting Thursday evening. Shortly before the holiday break began, the district and Clark County Education Association announced a tentative agreement for welcoming back students, starting with the lower grades.

The thorny decision comes as both calls to reopen schools have intensified and worries about COVID-19 have grown. On Monday evening, Gov. Steve Sisolak announced a 30-day extension of the state’s coronavirus restrictions and a new vaccination strategy.

Lackluster student achievement, however, has been a major rallying cry among individuals and groups advocating for a return to in-person instruction. Research has shown that failing grades can have a snowball effect and torpedo a student’s accomplishments down the line, including high school graduation.

The letter grade data also reveals a troubling pandemic pattern — widening achievement gaps between certain student groups. More than 40 percent of Black, Native and Hispanic students received at least one failing grade, compared with less than 30 percent of white students. The share of Hawaiian/Pacific Islander students receiving a failing grade also shot up beyond 30 percent. Meanwhile, more than 40 percent of students who receive special education services or a free or reduced-price lunch received at least one ‘F’ letter grade.

The district released a graph showing approximations for each student group but not actual percentages. That concerned Sean Parker, executive director of Teach for America Las Vegas, an organization that recruits new college graduates, trains them to be teachers over the summer and places them in high-need Title 1 schools.

Parker said precise percentages should have been included, as well as grade information displayed by school and ZIP code.

“When there is a disruption in the school environment, it will hurt those who are historically disadvantaged even more,” he said.

Parker said he trusts the school board to make an “informed decision” about reopening schools, which he acknowledged may be difficult given the current health conditions. But he also implored trustees to carefully consider this academic data when prioritizing which students should return first.

School Board President Linda Cavazos declined to offer an initial take on the grade information, noting that she has some questions after a quick glance. “I will want to carefully look at the percentage comparisons, then consider mitigating factors,” she wrote in a text message.

The grade data also indicates online instruction has been a struggle for all types of students — not just those already falling behind. Eleven percent of students who received a failing grade earned all ‘A’ and ‘B’ letter grades during their first semester last year.

From a grade distribution standpoint, 13 percent of all grades issued during the first semester were an ‘F,’ up from 6 percent the prior year.

Even so, ‘F’ or ‘D’ letter grades are still far from the most common. Of the grades issued first semester, 31 percent were an ‘A,’ which remains unchanged from 2019. But the percentages of ‘B’ and ‘C’ letter grades dipped, while ‘D’ and ‘F’ grades increased.

The superintendent said the district’s grading policies need to be reviewed, and he has tasked a group of principals with doing so. One option they’re evaluating, he said, is shifting to a competency-based learning model that would allow students to move at their own pace after mastering concepts or skills rather than be bound by the strictures of a grade level.

Such a dramatic change would not be possible by the end of this academic year, though.

Instead, Jara said the district will continue analyzing data and finding ways to improve existing instruction models. He anticipates the board will discuss some of those strategies Thursday.

This story was updated at 10:56 a.m. on Jan. 12, 2020, to include exact percentages provided by the Clark County School District for some grade data.