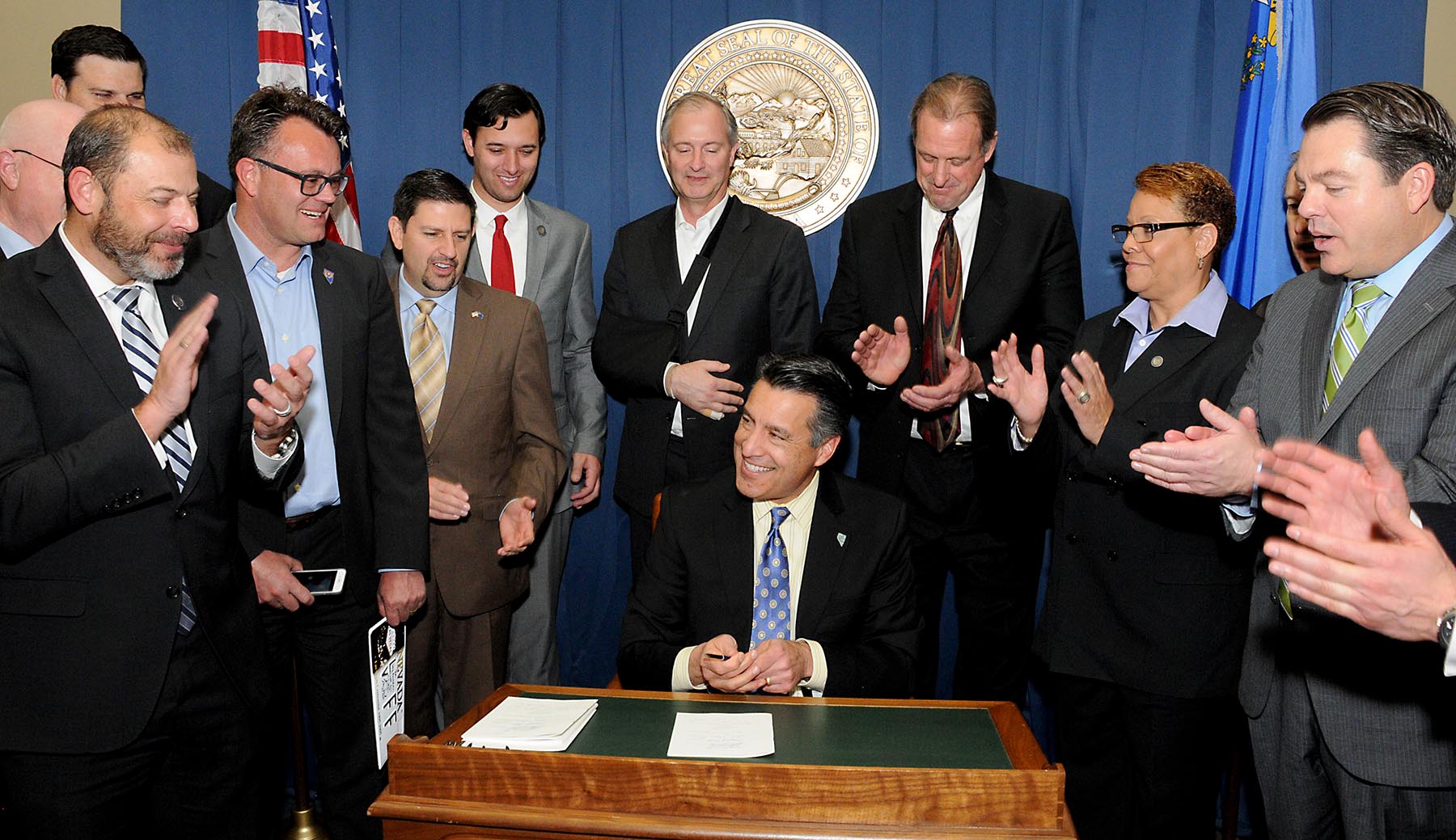 Nevada’s relationship with electric carmaker Faraday Future is officially over, but state leaders say there are some new prospects in the wings that could take its place.

Steve Hill of the Governor’s Office of Economic Development told the agency’s board on Tuesday that the Southern California-based company sent a letter in recent weeks voluntarily relinquishing its status as a “qualified project” eligible for a state tax abatement and infrastructure building package. Faraday also cut a check for $16,200, thus returning all the incentive money that it had received from the state.

“The Faraday project is basically dissolved at this point at absolutely no cost to the state and local governments,” Hill said.

Under the terms of a deal approved in late 2015, most of the taxes the state was waiving for Faraday would be kept in a trust fund and remitted to the company once it invested $1 billion in a factory in North Las Vegas. But Faraday didn’t reach that bar before the company’s primary funder ran into money troubles and the carmaker announced plans to pursue a smaller factory in an existing building in Central California.

About $620,000 that had built up in the trust fund will be returned to the government entities where it was originally destined. The company’s decision to voluntarily remove itself from the deal means the economic development board doesn’t have to unilaterally terminate the agreement.

Hill said there’s been significant interest in the plot of land that Faraday purchased in North Las Vegas. He said he knew of at least four well-known companies that seem to be seriously considering it, and said at least three of them have plans big enough to make them a “qualified project” under legislation passed in 2015.

If a company at Apex invests enough in their project, it would trigger state investments in infrastructure improvements at the park. The state is already moving ahead on road work outside the park, but a qualified project would authorize tens of millions of dollars in investment in water and rail service.

“We’re pretty confident that something pretty significant will move forward in the very near future,” Hill said.