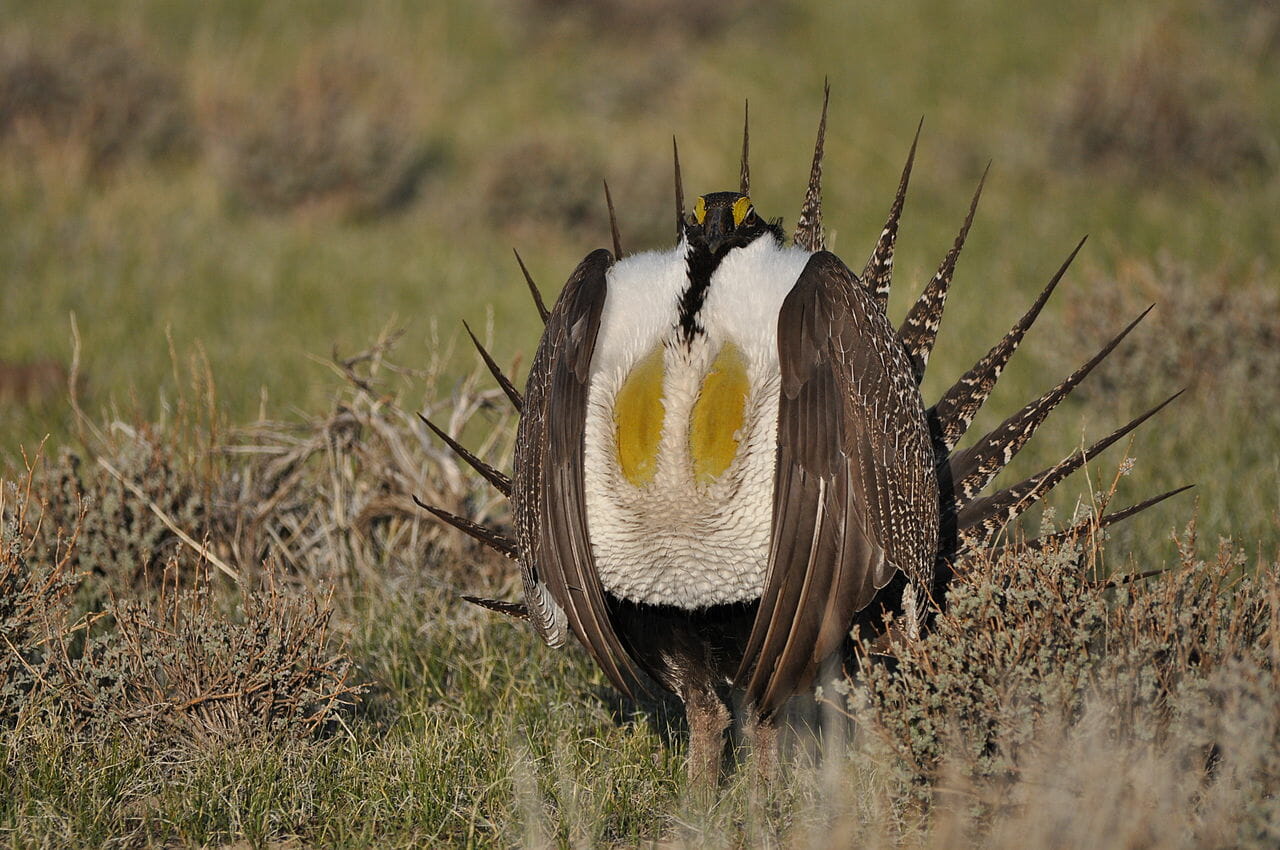 The Trump administration on Wednesday proposed changes to how Nevada manages sage grouse, a stately bird that has come to symbolize a larger dispute between environmentalists and extractive industries over how to balance conservation and development on public lands.

In a 204-page report, the Bureau of Land Management proposed diluting several sage grouse protections, first approved under the Obama administration, in a move that the BLM said would “increase management flexibility, maintain access to public resources and promote conservation outcomes.” The report for Nevada and Northern California was one of six analyses issued for Western states as part of the Trump administration’s push to revisit the Obama-era rules.

The reports were part of an ongoing review of the Obama administration’s 2015 sage grouse decision, which had been criticized for limiting grazing, mining and petroleum exploration.

The draft environmental impact statement calls for more flexibility to update the framework for Nevada and more case-by-case exceptions to sage grouse rules, granting greater authority to the state director for the BLM, the agency responsible for managing nearly 70 percent of all the land in Nevada. The changes would also remove a special habitat designation that limited some mining and geothermal development on certain lands marked as sage grouse habitat.

In a statement, Sen. Dean Heller said the proposed changes could spur development.

Heller described them as “an important step toward returning power back to our local communities, and lifting the Obama administration’s heavy-handed regulations that have put major restrictions on million acres of land in Nevada and stifled economic opportunities.”

The BLM wrote that its proposal “could lead to a corresponding increase in populations and employment for the counties that would see new mine development. Within the analysis area, the projected economic impacts from operation of future mines would result in 801 jobs, a labor income of $62 million and approximately $12 million in state [and] local tax revenue.”

But policymakers have long worried laxer rules could lead to an endangered species listing.

The 2015 sage grouse framework was a compromise between environmentalists, governors and some industry groups that took years to put together and was itself composed of 98 smaller plans. Its goal was to prevent listing of the unique bird, known for an elaborate mating ritual that involves inflatable yellow air-sacs, as an endangered species. Such a listing, which the federal government was considering at the time, would impose greater limitations on development.

The U.S. Fish and Wildlife Service, which makes the listings, used the rules and the certainty they provided as a reason not to list the bird. That’s why Nada Culver, senior counsel at the Wilderness Society, said that loosening the rules could be counterproductive in the long run.

“I don’t think it’s surprising that a plan across 67-million acres had complaints from each state,” Culver said in an interview. “The risk is if you make too many changes it does add up so we don’t have the strength of protections across the range that we need to justify the [decision].”

Patrick Donnelly, the Nevada state director for the Center for Biological Diversity, said the broad language could begin to unravel specific protections that prevented the bird from being listed.

“Tearing up the sage grouse plans call into question the validity of Fish and Wildlife’s decision not to list the bird,” he said. “What they talk about as flexibility I call loopholes big enough to drive a Mack Truck through.”

In a statement, Gov. Brian Sandoval said his office will be reviewing the proposal but did not comment on the specific elements of Nevada’s plan that the BLM would change.

“I look forward to reviewing the draft Environmental Impact Statement and I trust that the Department of the Interior will continue to engage with and value the opinions of all the stakeholders. I am confident we can find success by working together,” Sandoval said.

Sandoval, last year, had expressed concerns that one provision in an earlier iteration of recommended changes could have conflicted with how the state manages wildlife. Those changes to do not appear to have made it into the report released on Wednesday.

Other governors, including Colorado Gov. John Hickenlooper, a Democrat, and Wyoming Gov. Matt Mead, a Republican, had warned the BLM against making any "wholesale changes."

Colorado and Wyoming’s sage grouse management plans were addressed in separate reports Wednesday, but Hickenlooper said his state’s plan would be made “stronger” by the proposed changes, according to E&E News. Mead did not comment on the specific changes but, like Sandoval, said his office was reviewing the document, according to the Casper Star Tribune.

The BLM said it will hold public meetings on the proposal in the coming weeks.

The reports released Wednesday account for only one aspect of the Trump administration’s efforts to ease sage-grouse restrictions. Through executive actions, the administration has instructed the BLM to open up more sage grouse habitat to oil and gas leasing, including in Nevada. On Monday, environmental groups filed lawsuits that claimed the administration, through these actions, was “systematically” unraveling the 2015 sage grouse plan.

Disclosure: Patrick Donnelly has donated to The Nevada Independent. You can see a full list of donors here.
SHARE