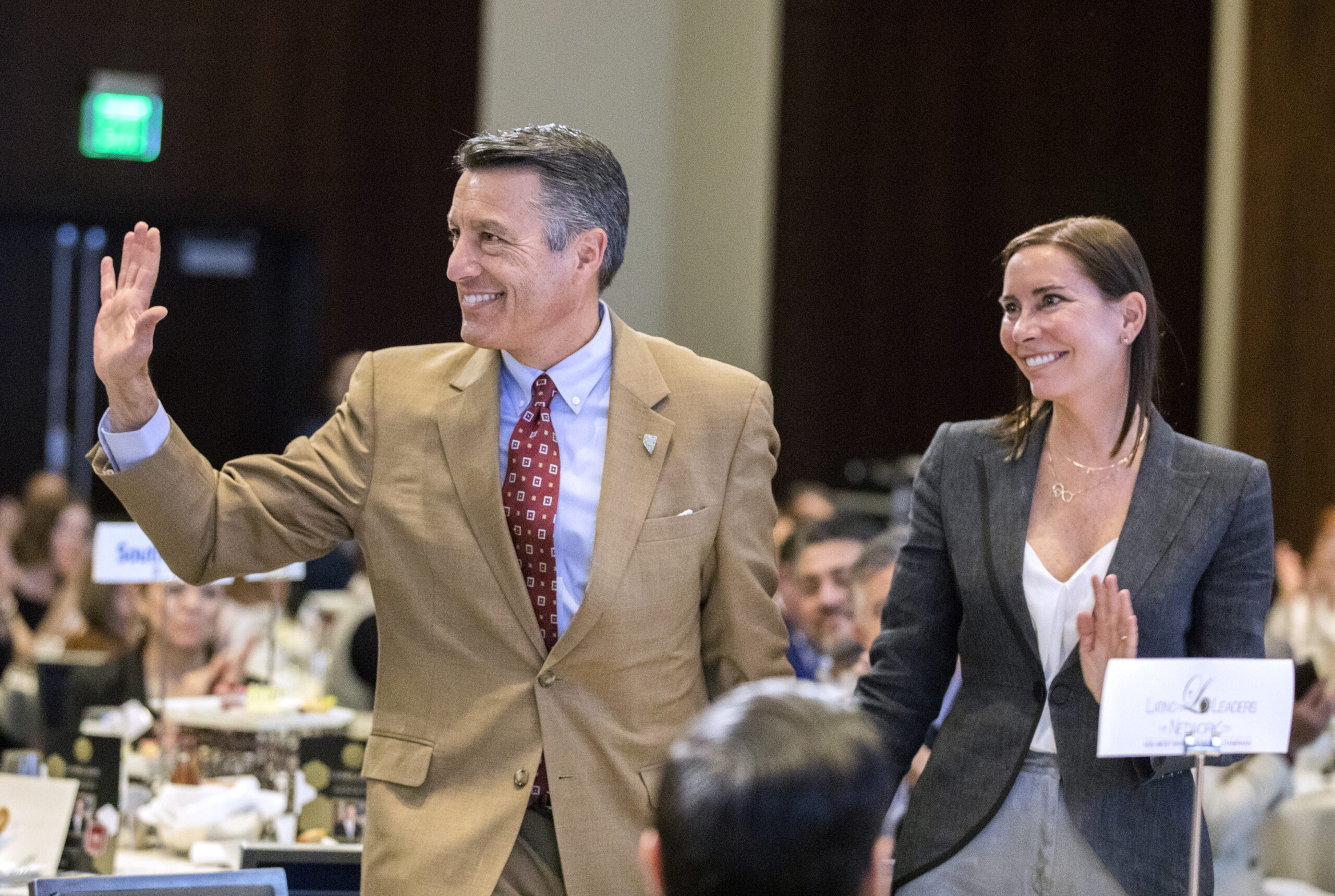 Shearing sheep and bussing cafeteria tables as a teen, Brian Sandoval said he never imagined being honored in front of a room of some of the most influential Hispanic leaders in the United States.

Born to parents from New Mexico – his father a FAA maintenance supervisor and mother a legal secretary – Sandoval spent most of his childhood in Sparks. He said Friday that the bussing job at a federal courthouse in Northern Nevada allowed him to interact with lawyers and judges, where he gained an appreciation for justice and the rule of law.

The rest is history. He was an intern in U.S. Sen. Paul Laxalt’s office, became an attorney and was elected to the Assembly before becoming Gaming Commission chair, Nevada’s attorney general, a U.S. District Court judge and, finally, governor.

On Friday, Sandoval, now working as MGM’s president of global gaming development, was given the Eagle Leadership Award by the Latino Leaders Network. The award, offered to leaders whose achievements the organization credits with making “a significant impact on the lives of Latinos living in the United States,” is given out quarterly. Previous winners include musician Emilio Estefan, former U.S. Labor Secretary Hilda Solis and journalist Alfredo Corchado.

Event founder Mickey Ibarra cited Sandoval’s flexibility as governor and willingness to work on both sides of the political aisle as merit for receiving the award. As governor, Sandoval, a Republican, passed the largest-ever tax increase in the state’s 153-year history and overcame stiff party opposition to pass legislation for undocumented immigrants to receive legal driving permits.

Castro, who spoke briefly at the event before a slew of sponsors, said he attended to network before a campaign stop Friday night at ReBAR in downtown Las Vegas. Castro has visited Las Vegas three times this year – once before announcing his candidacy on January 12 and twice since then. The Democratic former U.S. Housing and Urban Development Secretary said he will be back “a lot more.”

“Nevada is extremely important to any of us who are running 2020 because you all vote third in the primaries,” he said. “But being in Las Vegas really excites me because this is a city of the future; it’s growing and its economy is diversifying.”

Kihuen, whose candidacy for Las Vegas City Council is tainted by reports of sexual harassment toward women who were required to work with him during his six-year tenure as a state senator and one term as a congressman, received rousing applause when Ibarra announced his name.

Ibarra announced that a future winner of the Eagle Leadership Award would also have ties to a Las Vegas organization. Tom Flores, who became the first non-white coach to win the Super Bowl, coached the NFL’s Raiders franchise -- moving from Oakland to las Vegas in 2020 -- to championship victories in 1981 and 1984. Ibarra said the organization would honor Flores with the Eagle Leadership Award during a November luncheon in Los Angeles. Flores, who this year was named a finalist for the Pro Football Hall of Fame in his 24th year of eligibility, stood and waved to the crowd.

“He is a role model and an inspirational hero,” Ibarra said of Flores. “He belongs in the Hall of Fame.”