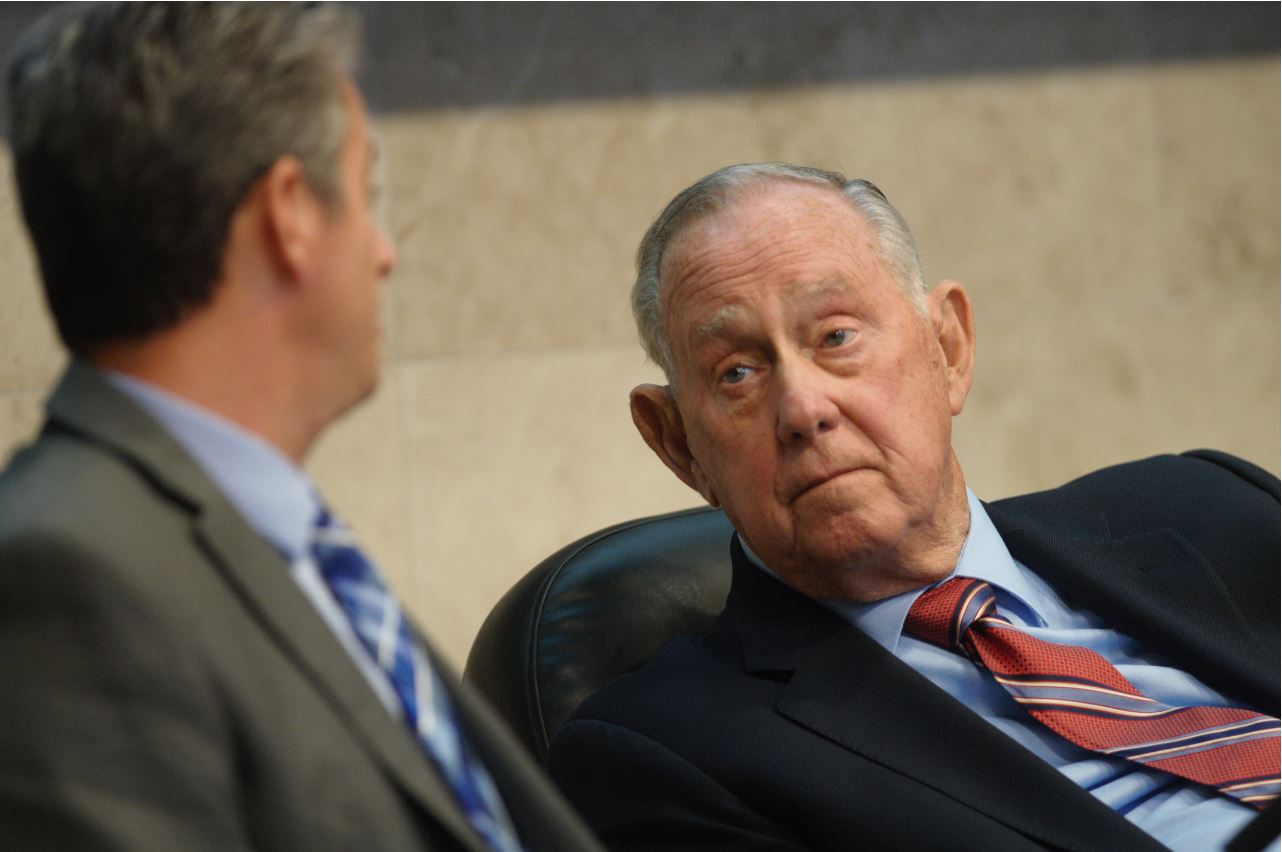 Bob Cashell, the former longtime mayor of Reno and Nevada lieutenant governor known for his big personality, died on Tuesday at a Reno hospital. He was 81.

Jim Bauserman, a family friend, confirmed the news to The Nevada Independent. A source close to the family says he had heart problems and died after a brief illness.

"He touched so many with his larger than life personality," Schieve said on Twitter. "He loved the entire Reno community like they were his very own family. His legacy will forever be remembered as one of Reno’s greatest!"

Cashell presided over a period of massive growth and development for the city, including construction of a homeless shelter, the Reno Aces ballpark, a massive train trench running through downtown, a new City Hall and public plaza and other major projects. His 12-year term as mayor was also defined by efforts to reduce the city’s blight, a task unfulfilled during his term as the 2008 recession stressed the city’s finances.

Construction of Reno’s 2.2 mile train trench — known officially as the Reno Transportation Rail Access Corridor — was one of Cashell’s biggest accomplishments during his term. On the drawing board for decades, the project cost more than $282 million and was completed in 2006, eliminating 11 street-level railroad crossings.

Cashell was also a driving force behind construction of the Reno Aces stadium, and later a controversial refinancing plan that saw the city and Washoe County commit to directly chip in $45 million over 30 years for the stadium.

Born in Texas, Cashell bought a truck stop after arriving in Reno in the 1960s that later became the Boomtown Casino. The family business, Cashell Enterprises, is known for revitalizing flagging casinos and also has fuel and trucking ventures.

But all of those initiatives, beautification and public projects had a cost — the Reno Gazette-Journal reported that the city’s debt grew from $320 million to $627 million under Cashell’s watch.

He was one of the earliest examples of a gaming licensee holding higher office, and told The New York Times in 1984 that ''overcoming the stigma of casino gaming is one of the biggest problems we have'' in attracting businesses to Nevada.

Cashell served on the board of regents from 1979 to 1982, then as lieutenant governor from 1983 to 1987 while Richard Bryan was governor. He helped create the state’s initial Commission on Economic Development and Commission on Tourism, and chaired both committees. His term as mayor stretched from 2002 to 2014, when Schieve took office.

Initially a conservative Democrat, Cashell changed his party registration to Republican shortly after assuming the role of lieutenant governor, saying that Ronald Reagan himself encouraged the change. Cashell surprised some toward the end of his term by speaking out in favor of same-sex marriage and medical marijuana. His daughter is a part-owner of a Nevada marijuana company.

Cashell also bucked his party by endorsing Democratic Sen. Harry Reid in both 2004 and his hard-fought 2010 campaign against Republican Sharron Angle.

Gary Carano, executive chairman of Eldorado Resorts, praised Cashell for having a "special knack" for knowing what his customers and constituents wanted.

"Bob was destined to be a remarkable gift to our state and to Northern Nevada," said Gary Carano, executive chairman of Eldorado Resorts. "He poured out his heart and soul to make us all better. He encouraged us to reach higher, he comforted us when we fell short, and he never stopped trusting that anything is possible if we stay positive and believe in one another."

Sparks Mayor Ron Smith said Cashell was "a true friend and collaborator with the city of Sparks."

"He was always accessible, offered sound advice and never took himself too seriously," Smith said in a statement. "Bob’s contributions to Northern Nevada and his life of service will not be forgotten by our region."

Cashell is survived by his wife Nancy, as well as four children and nine grandchildren.

This story has been updated to add additional comments.