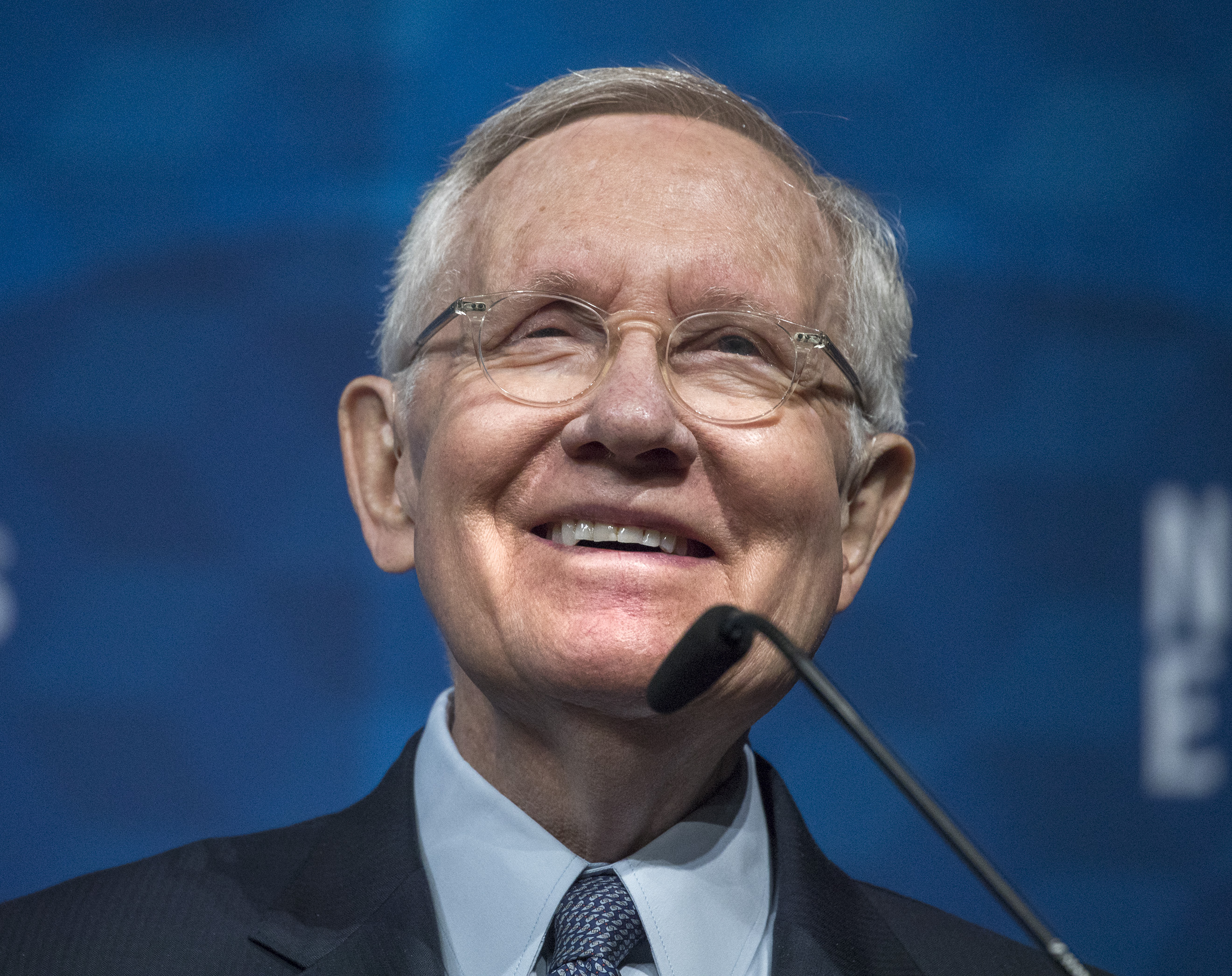 “His doctors caught the problem early during a routine screening and his surgeons are confident that the surgery was a success and that the prognosis for his recovery is good,” said a statement from the family disseminated by his former deputy chief of staff, Adam Jentleson. “He is now out of surgery, in good spirits and resting with his family.”

The family said his next step will be chemotherapy.

“He is grateful to his highly skilled team of doctors and to all who have sent and continue to send their love and support,” the family statement said.

Reid, 78, served for 30 years in the Senate before retiring following a debilitating eye injury. He was succeeded by Democratic Sen. Catherine Cortez Masto, who offered her well wishes to her political mentor.

“Senator Reid is no stranger to a fight," she said in a statement. "He beat his opponents in the boxing ring, took on the mob in Nevada, and moved bills in the Senate that no one believed could be done. He'll beat cancer too. I wish him a speedy and successful recovery.”

Disclosure: MGM Resorts has donated to The Nevada Independent. You can see a full list of donors here.
SHARE