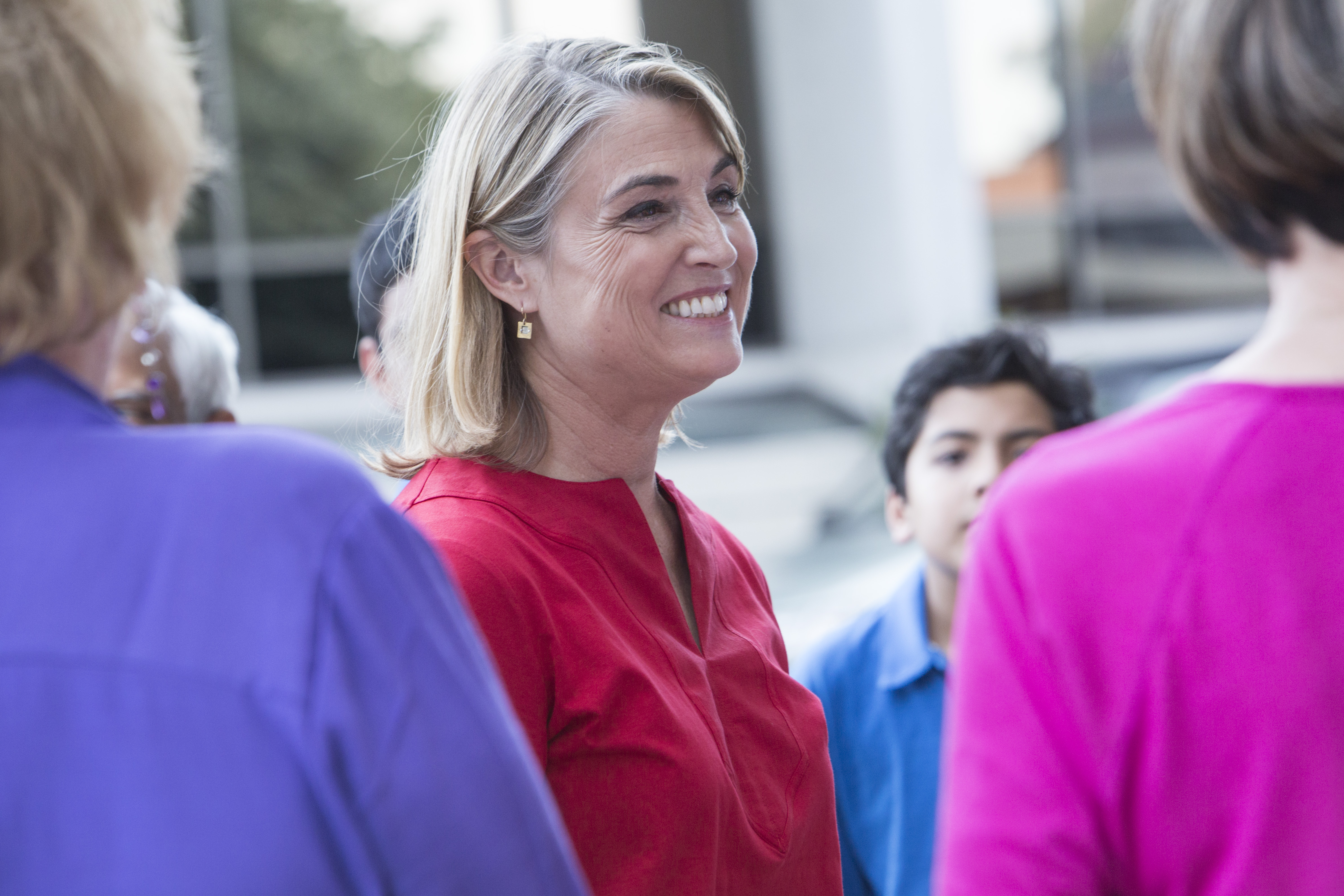 Former state Treasurer Kate Marshall formally jumped into the race for lieutenant governor Wednesday morning, positioning herself as a Democrat who will put “politics aside” to strengthen Nevada.

Marshall’s entry pits her against state Senate Minority Leader Michael Roberson, who announced his bid for lieutenant governor last month and is expected to run on an unofficial ticket with Attorney General Adam Laxalt — a likely Republican gubernatorial candidate.

Marshall, who runs her own legal consulting business in Reno, said Nevada needs to provide more opportunities for its residents by diversifying the economy, creating better-paying jobs, strengthening ethical standards and leveling the playing field to ensure all Nevadans have access to quality education and jobs.

“I will be a Lieutenant Governor that puts politics aside to get results for all of Nevada – from Reno to Las Vegas to Elko and everything in between,” she said in a statement. “I will fight every single day for you just as I always have done.”

Marshall was a two-term state treasurer who won elections in 2006 and 2010, the latter during a Republican wave. But Republican Mark Amodei beat her by 22 percentage points in 2011, when the pair faced off during a special election to fill a vacant seat in the 2nd Congressional District, which is mostly rural.

Before her stint as treasurer, Marshall served as senior deputy attorney general from 1997 to 2000 under Attorney General Frankie Sue Del Papa. She created the state’s first antitrust legal division.

“I’ve spent my career in public service putting the interests of Nevadans first,” Marshall said in a statement. “During my time as State Treasurer, I set political posturing and gamesmanship aside,working with both parties to get the results Nevadans depend on. Working together we made our state government more transparent, we found innovative ways to diversify our state’s economy and increased educational opportunities for all of Nevada’s students while saving taxpayers millions of dollars.”

As treasurer, Marshall eliminated no-bid contracts and off-the-book accounts that were putting a strain on the state’s budget. She also launched the Nevada College Kick Start Program, which deposits $50 into a college savings account for every kindergartener in the state without using taxpayer funds, and successfully sponsored a bill that established Nevada’s first private-equity investment fund to bolster K-12 education funding while creating jobs.

“When Nevada was faced with the worst financial crisis in a generation and other states were losing millions of dollars, Kate Marshall’s steady hand guided Nevada,” Reid said in a statement.

Marshall has two daughters and is married to Elliott Parker, an economics professor at the University of Nevada, Reno, and a regular contributor to The Nevada Independent.