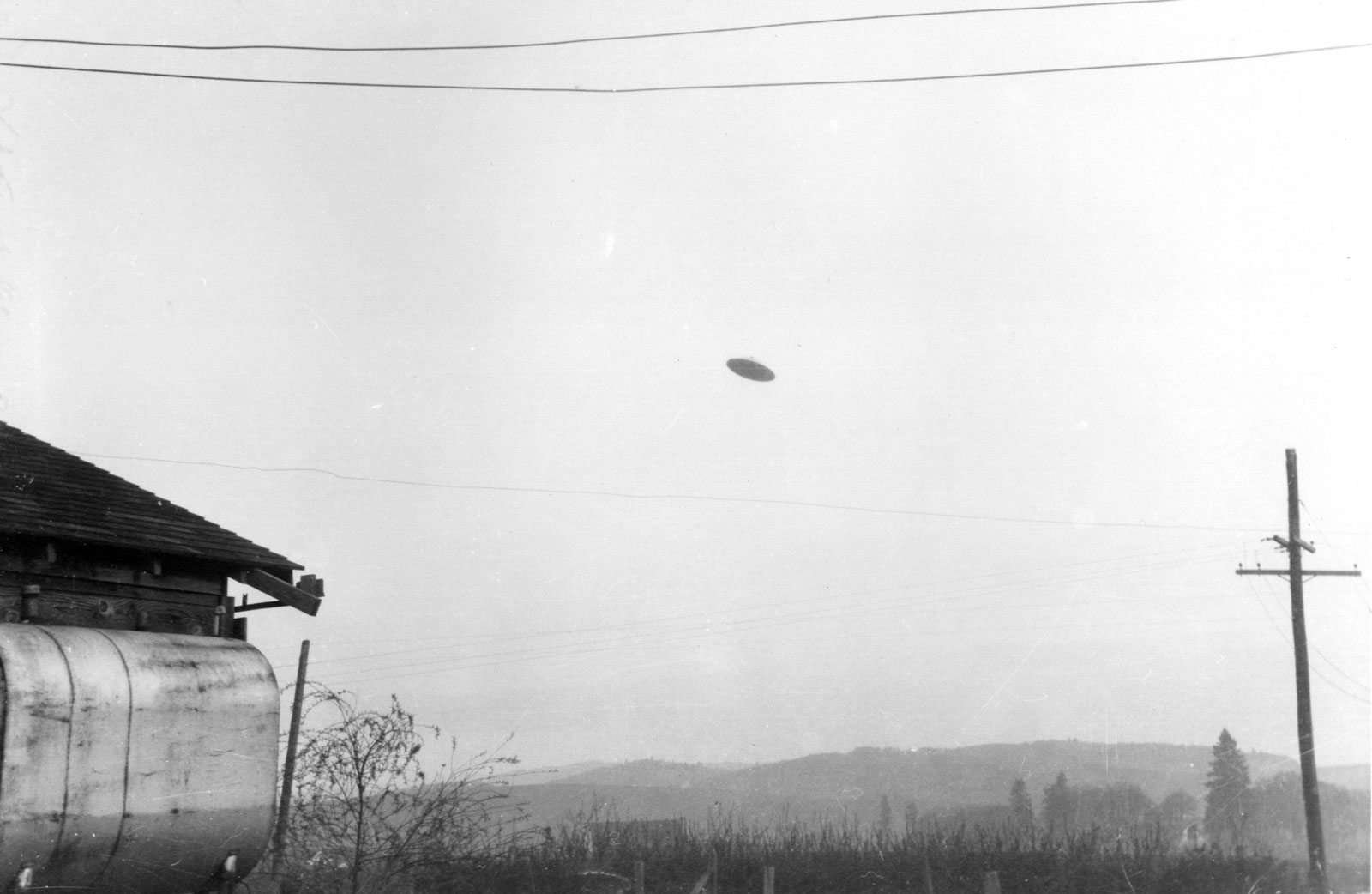 Harry Reid is no longer the master of the U.S. Senate, but he remains a master of understatement.

When I asked him to describe the recently released official government report acknowledging its bewilderment about more than 140 sightings of unidentified flying objects, he remained a man of few words.

Reid replied via text, “The report is real SLIM.”

Lauren Bacall was slim. The chance of the Pirates winning the World Series is slim. What I know about the universe is slim. At nine pages, the official government report is a glorified haiku.

Talk about the picture of literary economy. I kept downloading it thinking I was missing something.

The government, Reid continued, “has not been involved in a meaningful way. I am glad I blew the whistle on UFOs. If I hadn’t, we would really be without knowledge on the subject.”

But just how much more do we know given the government’s collective head scratch?

Produced at the request of Congress by the Office of the Director of National Intelligence, the report states that the U.S. government is unable to determine the origin of 143 UFO sightings, many of which were by Navy pilots. Also called Unidentified Aerial Phenomena (UAP), the mystery sightings might have been atmospheric events, flying garbage such as balloons or plastic bags, crafts piloted by foreign adversaries, or, ahem, extraterrestrial in origin.

Much has been made by the report’s final potential source of the UFOs: “Other.” The report stated that encounters falling into that category were either too brief to offer anything approaching a conclusion. In other words, they don’t know if there’s any there there.

The report, it needs to be noted, collected sightings from 2004 to 2021 and found no evidence that the UFOs/UAP were operated by alien beings. The report, as has already been noted, is substantially lacking in detail.

“I believe that there was an effort made to have people believe that they’re working on this, which they are, but not doing it very well,” Reid said in an interview. “I think that this report is very minimal and it shouldn’t be one-and-out. They need to keep working on this. It needs to be an ongoing evaluation.”

Even with its shortcomings some of the report’s statements can’t help but give pause.

One example: “Some UAP appeared to remain stationary in winds aloft, move against the wind, maneuver abruptly, or move at considerable speed, without discernible means of propulsion. In a small number of cases, military aircraft systems processed radio frequency (RF) energy associated with UAP sightings.”

The hard-to-explain movements were reported by witnesses in 18 incidents. Although private corporations were considered as potential sources of the unidentified phenomena, they were eliminated as possibilities. So it’s not Elon Musk monkeying around.

As a senator, Reid helped facilitate $22 million in back-channel funding devoted to the UFO/UAP presence. Much of the funding flowed to Las Vegas-based real estate developer and Reid political contributor Robert Bigelow, who has spent decades and many millions of his own money pursuing UFO phenomena.

Bigelow defines the term “true believer.” In a 2017 interview with 60 Minutes, Bigelow not only talked about his obsession with UFOs but added his belief that they’d already visited Earth, telling Lara Logan, “There has been and is an existing presence, an ET presence. And I spent millions and millions and millions — I probably spent more as an individual than anybody else in the United States has ever spent on this subject.”

Reid takes pride in Bigelow’s efforts to help fund the pursuit of answers to UFO/UAP phenomena. Ironically, Reid might not have found himself in the middle of the intriguing public-private partnership if it weren’t for the budget-cutting efforts of his former Senate colleague Richard Bryan, who in 1993 successfully pushed to defund NASA’s last Search for Extraterrestrial Intelligence (SETI) program called the High Resolution Microwave Survey.

At the time, Bryan remarked, “As of today, millions have been spent and we have yet to bag a single little green fellow. Not a single Martian has said take me to your leader, and not a single flying saucer has applied for FAA approval. … This hopefully will be the end of Martian hunting season at the taxpayer’s expense.”

Two years later, Reid met privately in Las Vegas with Bigelow and others interested in pursuing the confirmation of alien life and the UFO/UAP issue.

Now the government has admitted that it has studied the issue and has found things it can’t explain. In a world in which UFOs and extraterrestrial beings are engrained in culture and religious belief, there is no shortage of support for the continued pursuit of the ever-elusive “Other.”

One of the report’s great accomplishments is something many previously thought impossible: It provided Congress, one of the world’s great centers of bloviation and verbosity, an example of literary understatement. That’s not a trip to the Forbidden Planet, pal, but it’s no mean feat.

Frankly, I think the government report is the best thing that ever happened to those who long for the existence of extraterrestrial life and answers beyond the stars.

By confirming what it doesn’t know, those nine pages leave room for an infinite universe of possibilities.