From Vietnam to Metro and beyond, Hatch served with distinction 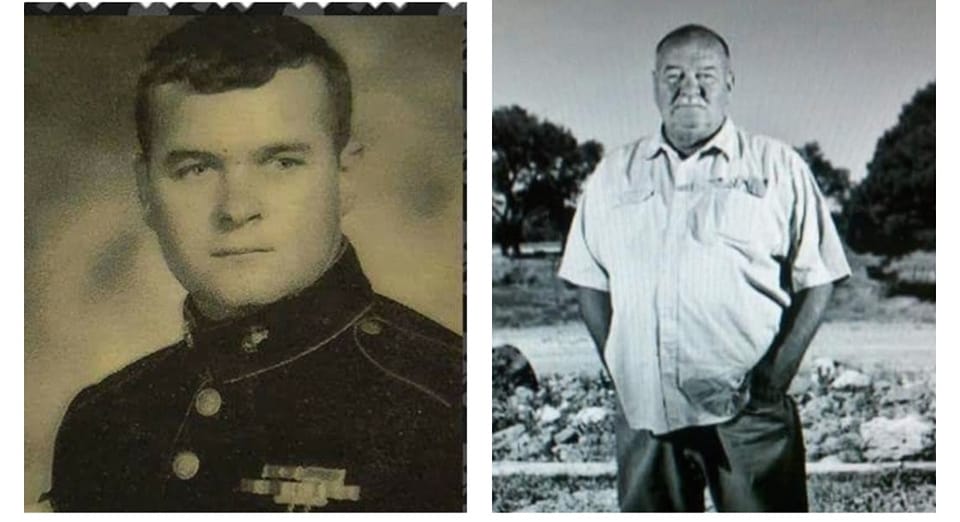 Vietnam was rarely far from Dave Hatch’s daily life, and how could it not be? He was reminded of the war’s impact whenever he moved.

The bullet wounds for which he received two purple hearts had healed, but the effects of Agent Orange had ruined his kidneys. A back broken during a helicopter transport gave him problems and was so damaged that one inquiring physician took a look at his x-rays and asked him whether he’d been a rodeo rider.

Nothing so tame, Doc.

Dave Hatch, a Vernal, Utah boy who joined the Marines as a teenager and in 1968 experienced some of the bloodiest fighting of the Vietnam War, was destined for a tougher arena.

After moving to Las Vegas with wife, Patricia, Hatch went to work for the police department and in a 27-year career carved out a law enforcement legend as a homicide detective. He investigated 480 murders in 17 years, most with partner Al Leavitt. He assisted fellow detectives on hundreds more homicide cases.

Hatch was methodical and tireless and didn’t wait around for a pat on the back as he doggedly ground through case after case.

When I learned from his Metro friends recently that he had died Nov. 18 following a withering litany of medical problems, I did a double take when I saw his age. He was only 74. In my mind it seemed he’d lived at least two lives.

Hatch endured the battle of “Mike’s Hill” at the outset of the Tet Offensive and celebrated his 20th birthday in the country. In addition to being dropped unceremoniously from a Huey into a rice paddy after being wounded, Hatch could laugh about the time he was blown into a crater and crawled out surprised to be alive.

A man who had seen so much death up close spent his working life trying to get justice for murder victims and their families. Retiring in 1996, Hatch returned to work Metro’s cold-case files for six years and served as the homicide specialist for the National Center for Missing and Exploited Children.

In what he considered his spare time, Hatch taught classes in officer-involved shootings and in-custody deaths at Princeton University for 14 years and authored two textbooks on the investigations. He instructed investigators from Scotland Yard to the Royal Canadian Mounted Police in the art and science of solving homicides.

At heart, Hatch remained the unassuming and straight-talking country boy from Vernal, a town in northeast Utah’s Uintah County 20 miles west of the Colorado border. A member of the Church of Jesus Christ of Latter-Day Saints, Hatch and his wife of 53 years raised three daughters. After the girls were grown with families of their own, Dave and Patricia returned to Utah to live in a place with enough room for 13 grandchildren and 14 great-grandchildren.

Time and Agent Orange weren’t kind. He suffered from kidney failure, diabetes, lost a hand to infection and endured other maladies along the way, but when I spoke with him a few months ago he still had his sense of humor. Hatch returned home for the last time after suffering a series of strokes and being taken off dialysis. He died surrounded by family.

“It was hard to lose him,” Patricia Hatch says, “but he’d been in such a state for the last two years. He was fighting right to the very end, but he wore out, bless his little heart. He was strong. When I think of David, I think of somebody who devoted his whole life to the victims and the families of those victims. He spent so many hours working and thinking about them.”

As she prepared for her husband’s Dec. 3 memorial service at the 10th Ward Church in Pleasant Grove, Patricia came across several thick folders that Dave had quietly been filling over the years. The files were thick with commendations, news clippings, and letters from a wide range of admirers and grateful families. She has decided to bring a sample to the service.

“While I was at home as the mother of three children, doing what I’m doing, I did not fully realize what he had been doing in his career,” she says. “He did so much that he wouldn’t brag about, but I will. We want people to see the gratitude and thanks he received from different people. He was admired by so many, and we’re so grateful for that. His children idolized him, and the men that he served kept in touch with him even after all this time.

“He was a big-hearted, giving, and service-minded man. He was a magnificent father, husband, and brother. How he held it all together for everyone was just amazing to me, but he will be sorely missed.”

In one amazing life, Dave Hatch served his country, faith, family and community with distinction and humility.