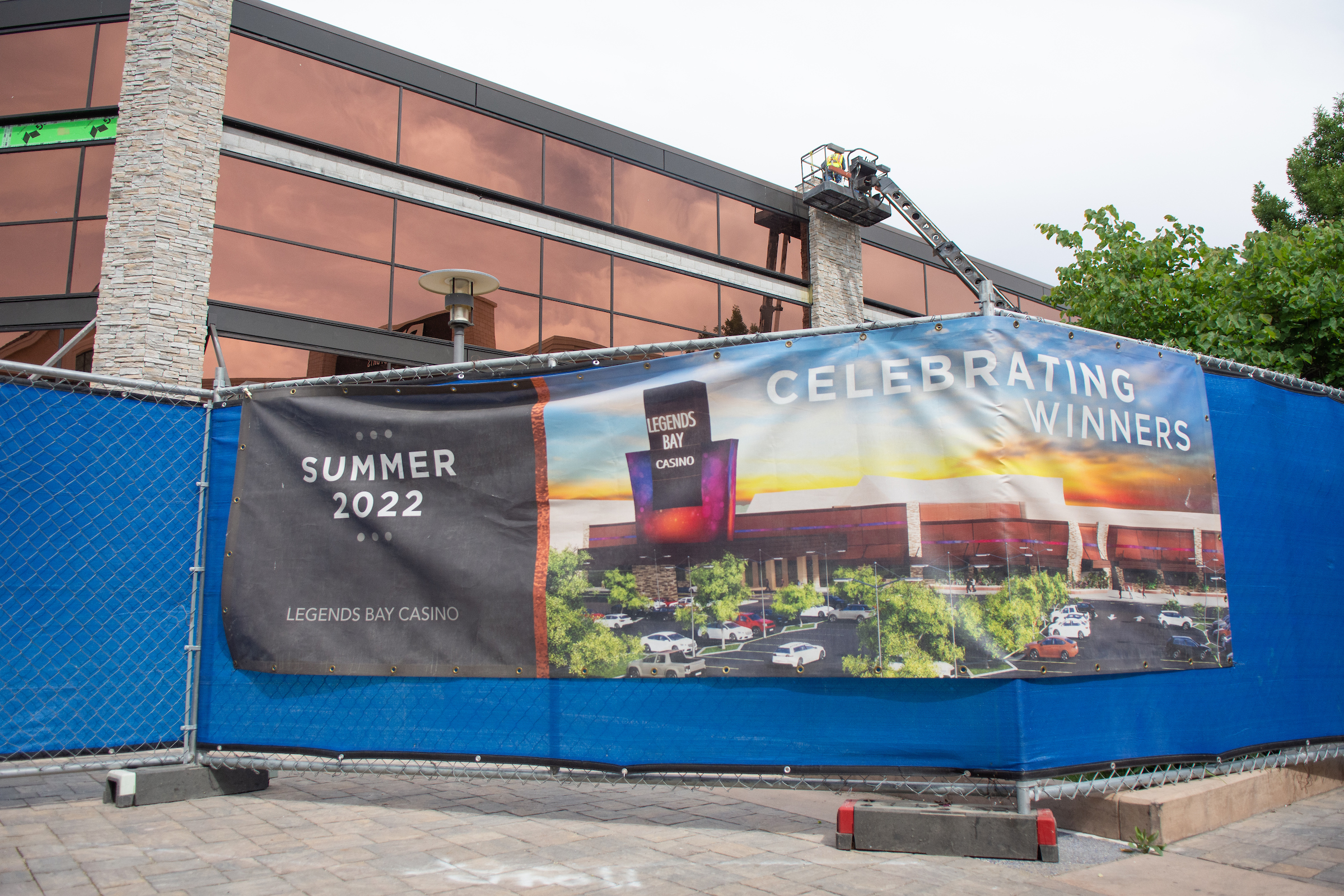 Legends Bay Casino in Sparks is expected to open later this summer after its developers received final regulatory approval Thursday from the Nevada Gaming Commission.

Olympia Gaming CEO Garry Goett told commissioners the $120 million casino is in the process of hiring some 300 employees ahead of the opening, which will mark the first all-new, from-the-ground-up casino development in the Reno-Sparks metropolitan area in more than two decades.

Legends Bay has been in the planning stages for 15 years. Its initial construction was halted by the Great Recession. During that time, The Outlets at Legends, an open-air shopping, dining, and entertainment destination, was built around the casino site.

Two weeks ago, Goett told the Gaming Control Board that retail development brings in 12 million visitors annually to the area of the future casino. That customer base, along with an average of more than 2.5 million annual visitors to Olympia’s Fandango Casino in Carson City, will help fill Legends Bay Casino.

The 15-year wait between start dates allowed Goett to re-focus the casino project and shore up the financing, which is covering about 40 percent of the development.

The financing caught the attention of Gaming Commissioner Stephen Cohen, who told Goett he was impressed the developer was funding more than half of the costs.

“The finances of your company give the property the opportunity to get up and running,” Cohen said.

Legends Bay will open with 660 slot machines, 10 table games and a sportsbook operated by Las Vegas-based Circa Sports within the 80,000-square-foot facility. The property will feature several dining options, including a food court populated by three food trucks.

The gaming commission also approved a license for Circa Sports, which will give the company operated by downtown Las Vegas casino developer Derek Stevens its first Northern Nevada location.

The Gaming Control Board’s approval came after a 90-minute hearing. The gaming commission took about half that time, with commissioners spending more time questioning the different Olympia and Legends executives.

Chairwoman Jennifer Togliatti and other commissioners said they watched Olympia’s presentation to the control board online, which answered most of their questions.

“We deeply appreciate the support of the Nevada Gaming Commission throughout this process and are excited to open later this summer,” said Olympia Gaming COO DeCourcy Graham.

Olympia Companies developed the Southern Highlands master-planned community in Las Vegas, but Goett said Legends Bay will “not be a Las Vegas casino.” He said the company used Northern Nevada-based interior designers to give the project a “contemporary and sophisticated” look.