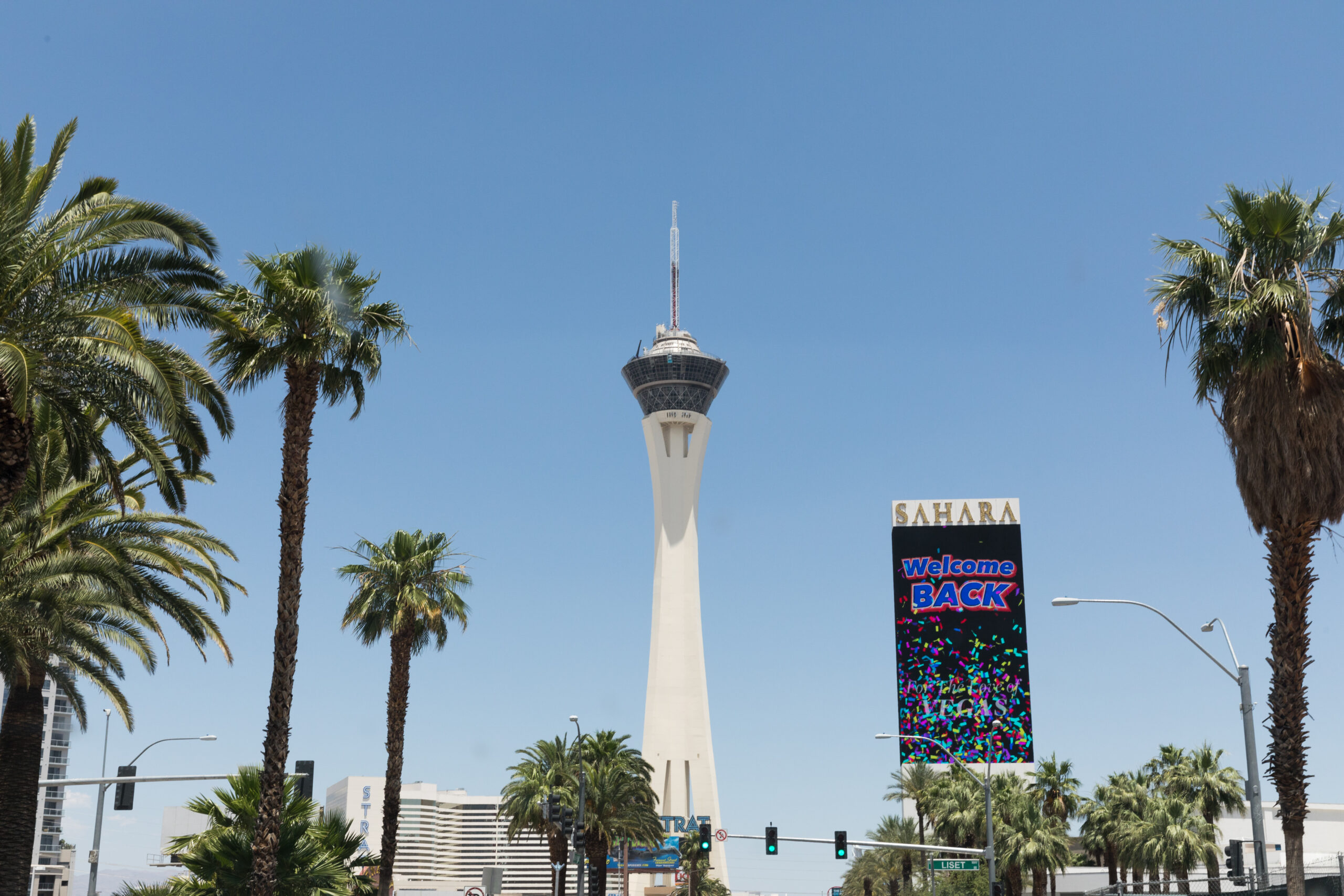 The Nevada Gaming Control Board has lodged its first COVID-19-related complaint against a Las Vegas Strip property.

The regulatory agency filed a complaint Monday against the Sahara Las Vegas with the Nevada Gaming Commission. The complaint alleges the Sahara allowed a luncheon on property for a local trade group that was attended by about 135 people, violating Gov. Steve Sisolak’s order that limits gatherings to 50 people.

The second count relates to a board agent observation on June 16, when a person not participating was standing adjacent to three players at a craps table and another person, also not participating, was standing between two blackjack players at a table. The board agent also saw five people gathering around another person playing a slot machine. The incidents violate the board’s health and safety policies, which prohibit people congregating around gaming tables or machines.

The Sahara’s vice president of government affairs told a board agent there was a “misunderstanding” about occupancy limits and gatherings, according to the complaint. The executive thought — based on a conference call with the Nevada Resort Association, Clark County Commissioner Marilyn Kirkpatrick and Board Chair Sandra Douglass Morgan — that events involving food and beverage could be held to the 50 percent occupancy standard for restaurants.

The complaint also acknowledges casino staff acted swiftly to eliminate people congregating after the board agent brought it to their attention.

“When asked about the instances of noncompliance, the Assistant Casino Manager acknowledged and immediately corrected the situations at the craps and blackjack table (the patrons congregating at the slot machine had already dispersed of their own accord),” the complaint states. “The Assistant Casino Manager also spoke with the dealers at the respective tables about the requirements.”

The complaint comes after the Gaming Control Board last week announced it had opened 156 regulatory cases statewide related to non-compliance with the agency’s health and safety policies. The board said it had conducted more than 10,135 inspections and observations as of June 28.

The complaints set in motion a disciplinary process outlined in the state’s gaming regulations. The licensees can respond by filing an answer with the Gaming Commission or request settlement options with the Nevada Gaming Control Board.

A Sahara spokesperson released a statement Wednesday saying “nothing is more important” than the health and safety of guests and employees — and, as such, the property worked with health experts prior to reopening to develop its own “stringent health and sanitation protocols.”

The statement also noted that the Sahara will continue working with government agencies to meet the standards.

“We take our duties as a licensed gaming operator very seriously and work continuously to adhere to the health and safety standards set forth by the Governor and Nevada Gaming Commission,” according to the statement. “As stated in the Nevada Gaming Control Board filing, we acknowledged and immediately corrected conditions related to State-mandated social distancing protocols inside the resort identified shortly after reopening in June.”

This story has been updated with additional information from the complaint as well as a statement from the Sahara Las Vegas.