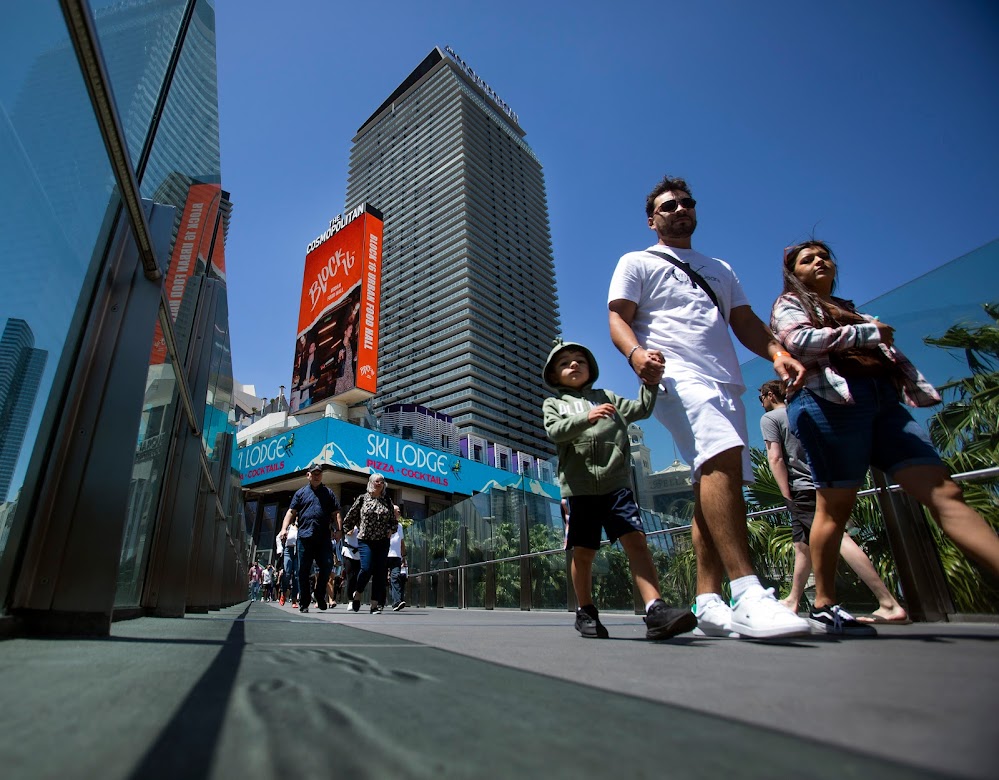 The Nevada Gaming Commission signed off on MGM Resorts International’s acquisition of the operations of The Cosmopolitan of Las Vegas on Thursday, but not before a discussion concerning whether the deal presents any federal antitrust issues.

MGM Resorts is paying more than $1.6 billion to New York-based real estate conglomerate Blackstone Group to take over the Cosmopolitan’s more than 3,000 hotel rooms and suites, as well as the 110,000-square-foot casino and non-gaming amenities.

The transaction is expected to close on Tuesday.

According to a Securities and Exchange Commission filing in February, MGM Resorts operates almost 36,600 hotel rooms and suites on the Strip through nine properties.

Pohl’s analysis, which he presented last week to Control Board members, included the removal of the 3,044 hotel rooms at The Mirage from the total. The company is selling resort operations to Hard Rock International for $1.1 billion.

After a brief question-and-answer session, gaming regulators said they were comfortable with the room total.

MGM Resorts Chief Operating Officer Corey Sanders said each of the company’s Strip properties, “have their own price points.”

Other than the discussion over hotel rooms, gaming regulators had little concern with the transaction.

“I've listened to and read the transcript of the Control Board meeting and I don’t have any concerns,” said Gaming Commission Chairwoman Jennifer Togliatti.

MGM Resorts will pay $200 million a year to the Cosmopolitan’s landlord group.

Blackstone, which has owned the Cosmopolitan since 2014, sold the 8.7-acre Strip land parcel and the resort complex last September for almost $4.1 billion to an investment group that includes the company’s real estate investment trust, which owns 80 percent of the partnership. Blackstone paid $1.73 billion to acquire the Cosmopolitan and spent another $500 million on property upgrades, including renovations of the hotel rooms and suites and adding new restaurants and bars.

Other members include Stonepeak Partners and the Cherng Family Trust (founders of the Panda Restaurant Group, which includes the Panda Express chain).

MGM Resorts CEO Bill Hornbuckle said the Cosmopolitan “has been a great iconic Las Vegas property. It established itself in a little over a decade.”

Hornbuckle appeared at the hearing through a teleconference from his Las Vegas home, saying, “Unfortunately, I have gotten COVID. I feel fine, but I thought it'd be safer to stay home.”

Sanders told the commission that Cosmopolitan’s operations would be overseen by Aria CEO Anton Nikodemus, who also oversees the non-gaming Vdara hotel. He said the property would have its own management team “very similar to the structure they have now, and we do not expect any changes.”

Sanders said a portion of the Cosmopolitan hotel rooms would remain part of the Marriott International room reservation system. He added that Cosmopolitan customers “are going to be introduced to all of MGM amenities” while current MGM customers will have access to the Cosmopolitan’s amenities.

MGM Resorts is also planning to replace the sportsbook at the Cosmopolitan, currently operated by William Hill, with the company’s BetMGM subsidiary.

Because MGM Resorts is buying the operations, the landlord partnership was not required to be licensed by state casino regulators.

On Wednesday, Blackstone executives held a Cosmopolitan employee appreciation event inside the resort’s Chelsea theater. At the conclusion, Cosmopolitan CEO Bill McBeath announced that all 5,400 employees would receive a bonus of $5,000 each – an outlay of $27 million by Blackstone.

“We were excited to see how they took care of their employees yesterday,” Hornbuckle said.

Blackstone is focused on transitioning to becoming a landowner on the Strip, and through its REIT, is the landlord for three other MGM Resorts-operated properties.

In 2019, the Blackstone REIT acquired 95 percent of Bellagio from MGM Resorts, with the casino operator retaining 5 percent of a joint venture valued at $4.25 billion. MGM pays the joint venture $245 million in annual rent for the Bellagio.

A few weeks ago, VICI Properties took over MGM Growth’s 50.1 percent stake in the joint venture when it closed its $17.2 billion purchase of the rival REIT.