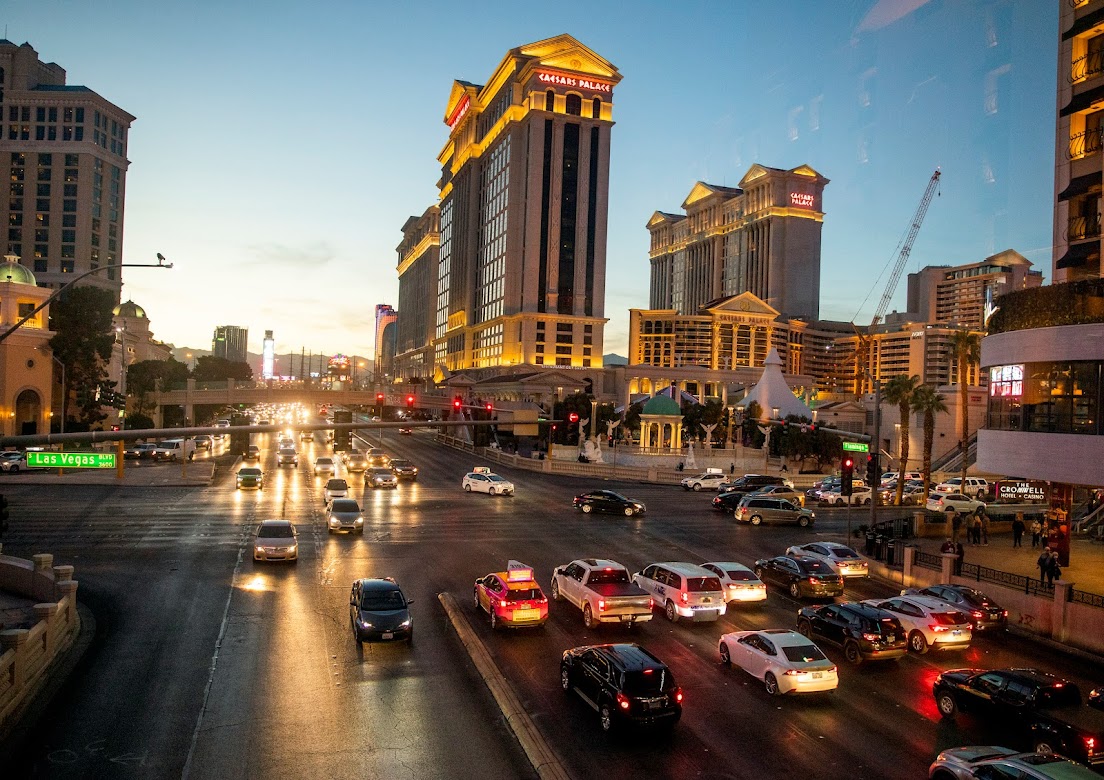 Soon after Nevada casinos reopened on June 4, 2020, following an unprecedented 78-day closure in hopes of slowing COVID-19’s spread, gaming analysts said it would take three or four years for the state and the Strip to return to pre-pandemic revenue totals.

Buoyed by a record-setting 10 straight months of $1 billion or more in gaming revenues, Nevada’s casino industry closed out 2021 with an all-time high of more than $13.4 billion in pre-tax gaming figures, according to a report released Thursday by the Gaming Control Board.

Gaming Control Board Senior Economic Analyst Michael Lawton said casino revenues began picking up in the early months of 2021 as vaccine rollouts helped to eliminate COVID-19 capacity restrictions on gaming floors. The demand for gambling activities was “driven by healthy consumer savings as the result of stimulus payments and the sustained rebound of leisure travel.”

“I am excited to see the continued economic progress when it comes to gaming revenues,” Gov. Steve Sisolak said in an email Thursday. “This is a strong measure of our state’s recovery.”

The Strip revenue totals were reached despite a continued lag in visitation, which topped 32.2 million in 2021, down 24.2 percent compared with pre-pandemic 2019.

December’s Strip gaming revenue total of $650.8 million was up 10 percent compared to December 2019, but was the lowest total of the three months that made up the 2021 fourth quarter.

“Relative to October and November, December gaming revenue trends moderated, which we believe was somewhat expected given the uptick in COVID-19 cases that occurred in mid-to-late December and likely impacting New Years’ Eve travel and demand,” Wells Fargo gaming analyst Daniel Politzer said in a note to investors.

“Given the Omicron impacts on visitation, flight activity into Las Vegas was down,” Greff said.

“Beyond the near-term revenue deceleration from Omicron and event and convention delays, we remain bullish and expect a strong recovery, given pent-up non-gaming demand, airline commentary and real-time pricing opportunities,” he wrote in a research note Thursday.

According to the control board, 11 of the state’s 18 submarkets set all-time gaming revenue amounts in 2021. While every region saw its 2021 gaming revenue totals surpass 2020, just two markets – North Las Vegas and Laughlin – reported gaming revenue declines compared to 2019.

Downtown Las Vegas topped $842.2 million gaming revenues in 2021, which was a single-year record.

The Las Vegas locals market, which includes North Las Vegas, the Boulder Strip (Henderson), and the balance of Clark County, set a single-year record $2.9 billion in gaming revenue, a 17.7 percent increase over 2019 and easily surpassing the region’s previous record of $1.6 billion in 2007.

Washoe County also brought in more than $1 billion in gaming revenues for all of 2021, and downtown Reno reported $728.4 million in revenue through the year.

The underlying question raised by analysts heading into 2022 is whether the boom in gaming revenues can be sustained on the Strip and statewide.

“I think the record revenues we have recorded the past 10 months will normalize at some point during calendar-year 2022 back to pre-pandemic levels of gaming win which we saw in calendar-year, 2019,” Lawton said.

The Las Vegas Convention and Visitors Authority said 2021 ended with more than 32.2 million tourists coming to Southern Nevada during the year, almost one-quarter fewer than the 42.5 million visitors the market saw in 2019.

The number also included an estimated 2.2 million convention attendees, almost 67 percent below the 2019 figure of more than 6.6 million.

LVCVA Vice President Kevin Bagger said the tourism market saw “positive gains” through much 2021 as the Strip looks to recover from the 55 percent decline in visitation in 2020.

“Amidst the challenges of COVID, active and evolving safety and health protocols across the destination allowed Las Vegas conventions and meetings to continue in 2021,” Bagger said in a report released Thursday.

December saw Las Vegas attract more than 3 million visitors, a decline of 3.5 percent from November and a 13.3 percent drop from more than 3.1 million tourists in December 2019

Hotel occupancy for 2021 neared 67 percent, which was far above the 42.1 percent occupancy rate in 2002, but below the 88.9 percent level in 2019. Weekend hotel occupancy of 81.3 percent showed a much stronger recovery with levels exceeding 87 percent in seven of the 12 months. Midweek annual occupancy was just 60.5 percent.

The expansion of sports betting across the U.S. did not slow Nevada’s sportsbook results, as 2021 turned into a record year for both revenues and wagers.

Mobile sports betting accounted for 64.6 percent of all wagers statewide, up from 57.1 percent in 2020.

Between October and December, sportsbooks took in more than $1 billion in wagers each month. Lawton said the state had never seen $1 billion in sports bets in a single month until October. He noted that mobile sports betting accounted for 70.4 percent of all bets during those three months.

Harry Reid International Airport began a slow return to normalcy in 2021 following a nearly 58 percent decline in passenger volume in 2020.

The airport saw 39.7 million passengers during the year, which was still nearly 23 percent below 2019’s pre-pandemic figure of 51.5 million.

“This past year reinforced that the demand for Las Vegas remains strong, and we are so grateful for all those who made us their destination of choice,” Clark County Director of Aviation Rosemary Vassiliadis said in a statement.

International travel, beyond roundtrips between cities in Canada and Mexico, didn’t see a lift until November when the White House lifted several travel bans. For the year, international passenger counts topped more than 757,000 flyers, 80 percent below 2019’s 3.8 million international travelers.

Prior to the pandemic, Reid Airport had non-stop flights between cities in 11 countries. In addition to Canada and Mexico, the airport welcomed back flights to and from the United Kingdom, the Netherlands and Panama.

Vassiliadis said additional international routes are expected to return throughout 2022.