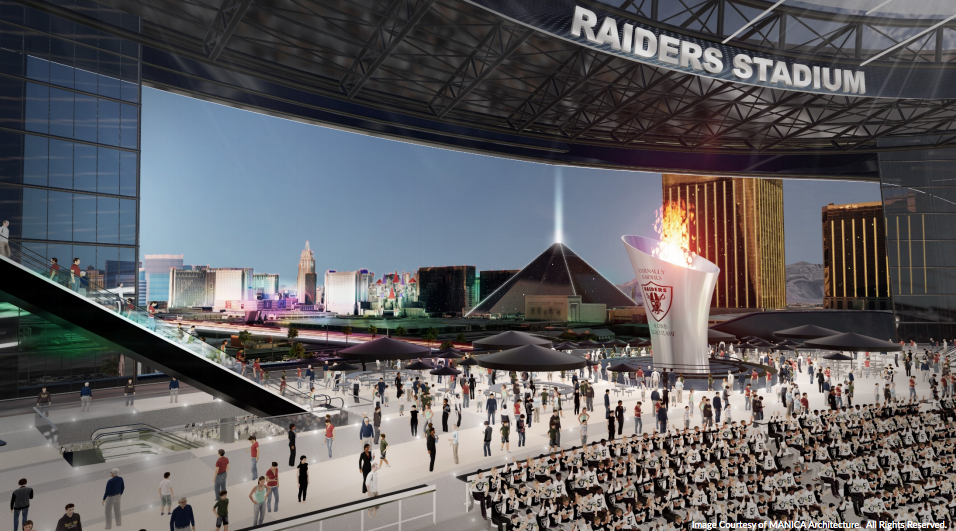 Investment bank Goldman Sachs is pulling back from its role to finance construction of a $1.9 billion NFL stadium in Las Vegas, throwing further doubt on the project’s viability and the Oakland Raiders’ proposed move to Nevada.

The news comes less than 24 hours after Adelson — the driving force behind the team moving to Las Vegas — announced he was backing out of the project because of an impasse in negotiations with the team.

Without another development partner, the investment bank would be on the hook for more than $1.1 billion in construction costs of the proposed stadium, with the state chipping in $750 million in room tax revenue.

A Goldman Sachs spokesman declined to comment on the record.

Sources close to the Sands said they met with Goldman Sachs representatives this morning and were told the investment management company is out as a financier if Adelson is no longer involved.

“If they have partners involved, then that would diminish some of the need for that financing, but the Raiders have made it clear that regardless of who their partners are or aren’t, they are going to move forward and are capable of moving forward,” Hill said after a Stadium Authority meeting last week.

Senate Democratic leader Aaron Ford said in a statement that if progress on the stadium project doesn’t proceed in a timely fashion, legislation could be introduced redirecting the hotel tax funds to other construction projects in southern Nevada.

“Nevadans should get the benefits they were promised from this deal,” he said.

Ford also said that any new financing agreement would need to include a yet-unsigned community benefits agreement similar to the one announced in October, and that lawmakers may work “legislatively to ensure those provisions are enforced.”

Republican Assembly leader Paul Anderson said he thinks Goldman does not want to go it alone, and the announcement was an indication that the bank wants to see parties come back to the negotiating table.

Adelson released a statement Monday afternoon announcing his departure from the project and casting blame on conditions the Raiders listed in a 117-page proposed stadium use agreement, which the team presented to the Stadium Authority last week.

“We were not only excluded from the proposed agreement; we weren’t even aware of its existence,” Adelson wrote in the statement. The casino mogul noted that terms listed in the draft use agreement, such as $1 annual rent, exclusive naming rights for the team and control over field scheduling, sent “shockwaves” through the community.

The team filed paperwork to move to Las Vegas earlier in January, but any relocation requires a vote of 24 of the league’s 32 franchise owners.

Updated at 12:58 p.m. to include comment from Las Vegas Sands.

Updated at 1:34 p.m. with more information about Goldman Sachs' involvement.

Updated at 2:11 p.m. with more context on the relationship between Sheldon Adelson and Goldman Sachs.

Updated at 3:35 p.m. to include a statement from Sen. Aaron Ford.