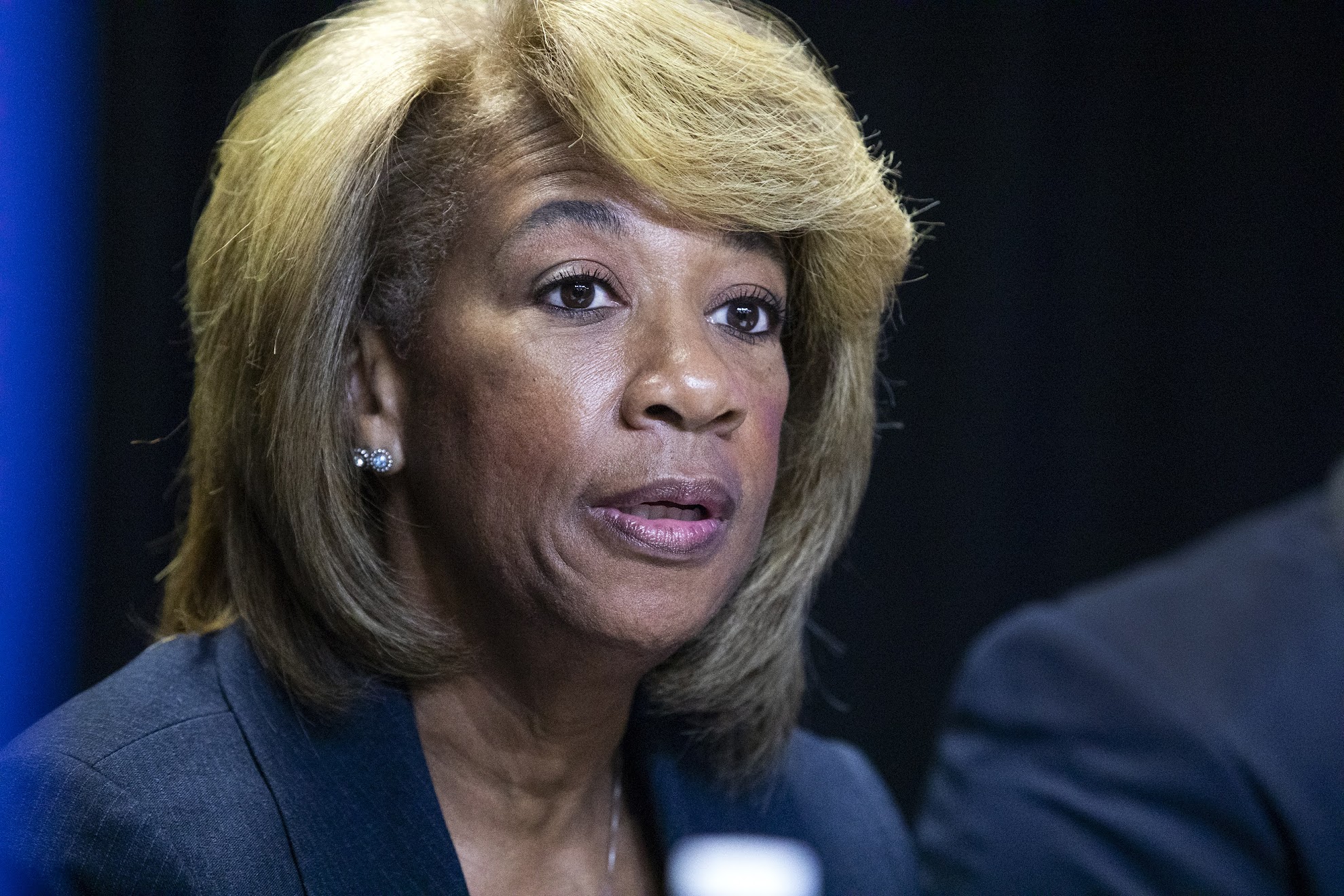 Goynes-Brown, who has represented Ward 2 since 2011, won the election over Democratic state Sen. Pat Spearman, who was endorsed by the Culinary Union and Vice President Kamala Harris but was significantly outraised by Goynes-Brown. As of Monday, Goynes-Brown led by more than 18,800 votes.

“It still seems a little surreal at times,” Goynes-Brown said in an interview last Friday. “I’m nervous. Just full of joy. Kind of hard to put into words.”

Her victory came after voting to uphold the North Las Vegas city clerk’s decision to reject a rent control ballot initiative touted by the Culinary Union, amid skyrocketing rent increases following the pandemic.

Still, Goynes-Brown said she believes her “classy” campaign resonated with voters because they like the direction the city is headed.

“It’s all about the constituents and making the city even better,” she said.

At a forum this past spring, she pledged that if elected, residents would get a mayor “completely in touch with the community.”

Spearman — who was endorsed by groups such as the Culinary Workers Union, Service Employees International Union Nevada and the local chapter of the National Organization for Women — conceded the race last week.

“The voters of North Las Vegas have made a decision. I respect that decision. I will continue my work in the State Senate to help my constituents and improve the lives of all Nevadans,” Spearman told 8 News Now in an email on Thursday.

In North Las Vegas, the imprisonment rate is as high as 3,902 per 100,000 residents in aging, predominantly Black and Latino communities. Researchers have said the statistics reflect a history of racialized over-policing in poor neighborhoods. Forty-five percent of North Las Vegas’ arrests are of Black residents, while the citywide population is 22 percent Black.

Goynes-Brown said her mayorship will focus on development and “upgrading” downtown North Las Vegas, the area near Lake Mead and Las Vegas Boulevard. She said the city council has a vision for North Las Vegas with projects “penciled in” and that it would have been the wrong time to change momentum.

“We want to make sure that we are ready for [another recession],” Goynes-Brown said. “And then we can continue moving forward with the growth we're seeing right now.”

Goynes-Brown’s father, Theron Goynes, was North Las Vegas mayor pro tempore after serving as the first Black North Las Vegas councilman in the 1980s, but she is taking the name further.

She said she ran for mayor because her “work is not done” and that her top priorities are public safety and economic development, which includes increasing residential and commercial projects. Goynes-Brown also plans to bring large corporations to the 20,000-acre Apex Industrial Park corridor for light to heavy industrial, high-paying jobs.

The credit rating for North Las Vegas plummeted to junk bond status in 2013, but now it is an A-level, credit-rated city. Yet, following the COVID-19 pandemic, half of the city’s small businesses struggled to reopen.

But Goynes-Brown said she wants people to know “North Las Vegas is open for business” and that she plans to increase the number and variety of restaurants along Craig Road while redeveloping downtown. She believes updating the aging area will reflect that leadership is thinking of a diverse community.

“​​We're offering something for every demographic, every ethnicity,” she said.

As Goynes-Brown takes on the mayorship, her Ward 2 seat will remain open until someone is appointed to the position by a vote of council members.