Group meddling in GOP governor primary doubles down on attacks against Lombardo, Black 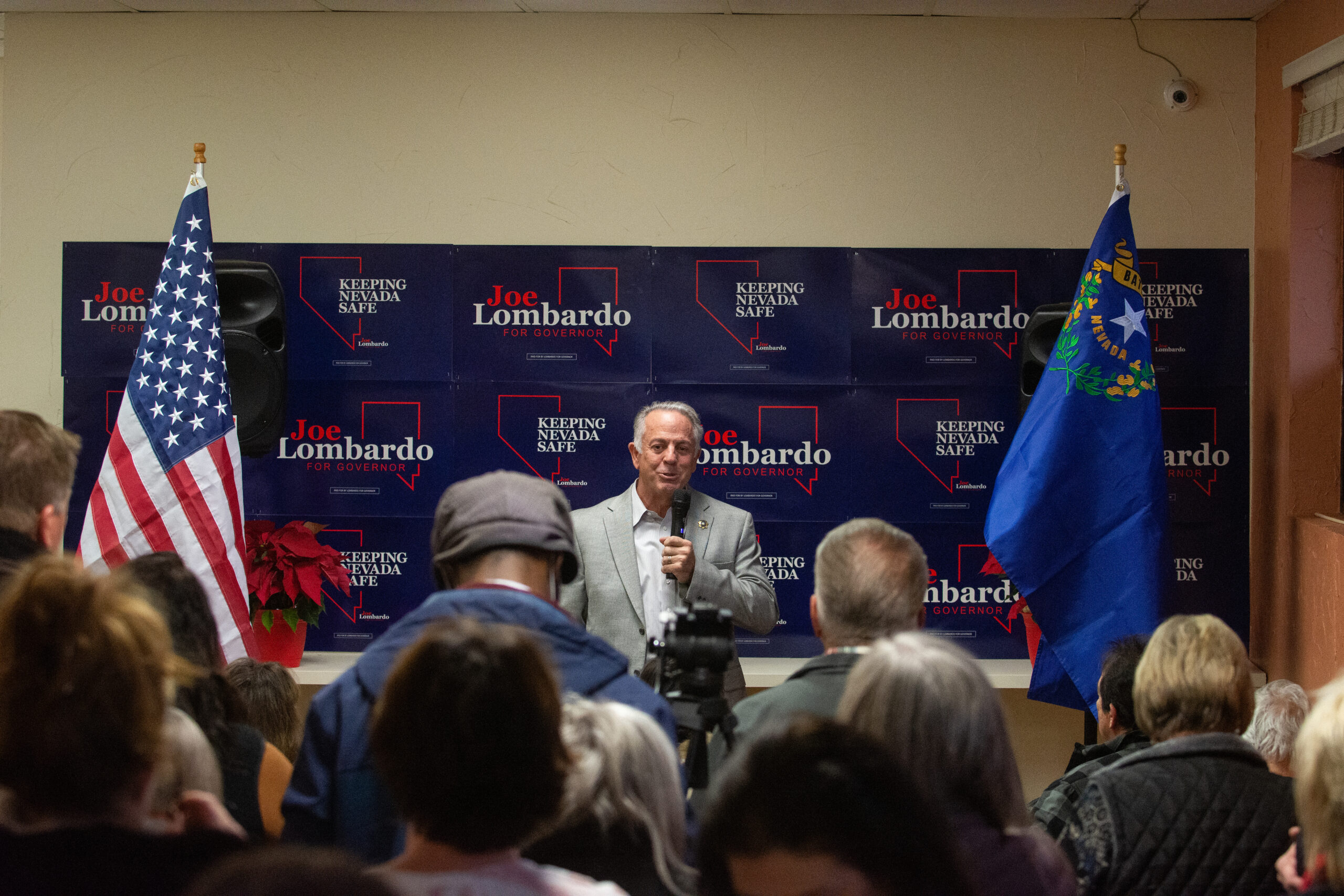 A political action committee meddling in Nevada’s Republican gubernatorial primary through consistent attacks on front-runner Clark County Sheriff Joe Lombardo is ramping up activity with only days left before the state’s June 14 primary — even as actual Republican groups are sounding the alarm about the PAC’s activities.

In recent days, the Patriot Freedom Fund set up a website, began running radio ads and continued a broad mail campaign aimed at kneecapping Lombardo and other less-extreme candidates for statewide office, who are thought to have better chances than their opponents of winning in the general election. The group is registered to the ex-husband of a Democratic lawmaker, and was registered with the secretary of state’s office on May 6 — meaning it won’t have to reveal contributions or spending until nearly a month after the primary.

Recent mail pieces obtained by The Nevada Independent and sent by Patriot Freedom Fund to Republican voters slam Lombardo for supposedly moderate positions on abortion, criticize his support of the $1.9 trillion American Rescue Plan and mimic a Republican voter guide by  recommending “anyone but Joe Lombardo.”

The PAC’s listed officer is Truman Fleming, a Las Vegas-based real estate agent previously married to Assemblywoman Sandra Jauregui (D-Las Vegas) — a survivor of the 1 October mass shooting who has become one of the Legislature’s most prominent gun control advocates. Fleming and Jauregui filed for divorce in April 2022, according to public records, and the divorce was finalized last month.

Jauregui said in a text message last month that she was unaware of the PAC and its political activities.

Still, the state Republican Party and several candidates, including Lombardo, have urged voters to ignore messaging from Patriot Freedom Fund.

In late May, the Republican National Committee sent the PAC a cease and desist letter requesting that it of trademark infringement by including an image of the organization’s elephant logo, which it called “inaccurate, without permission or authorization from the RNC, and constitutes willful trademark infringement.”