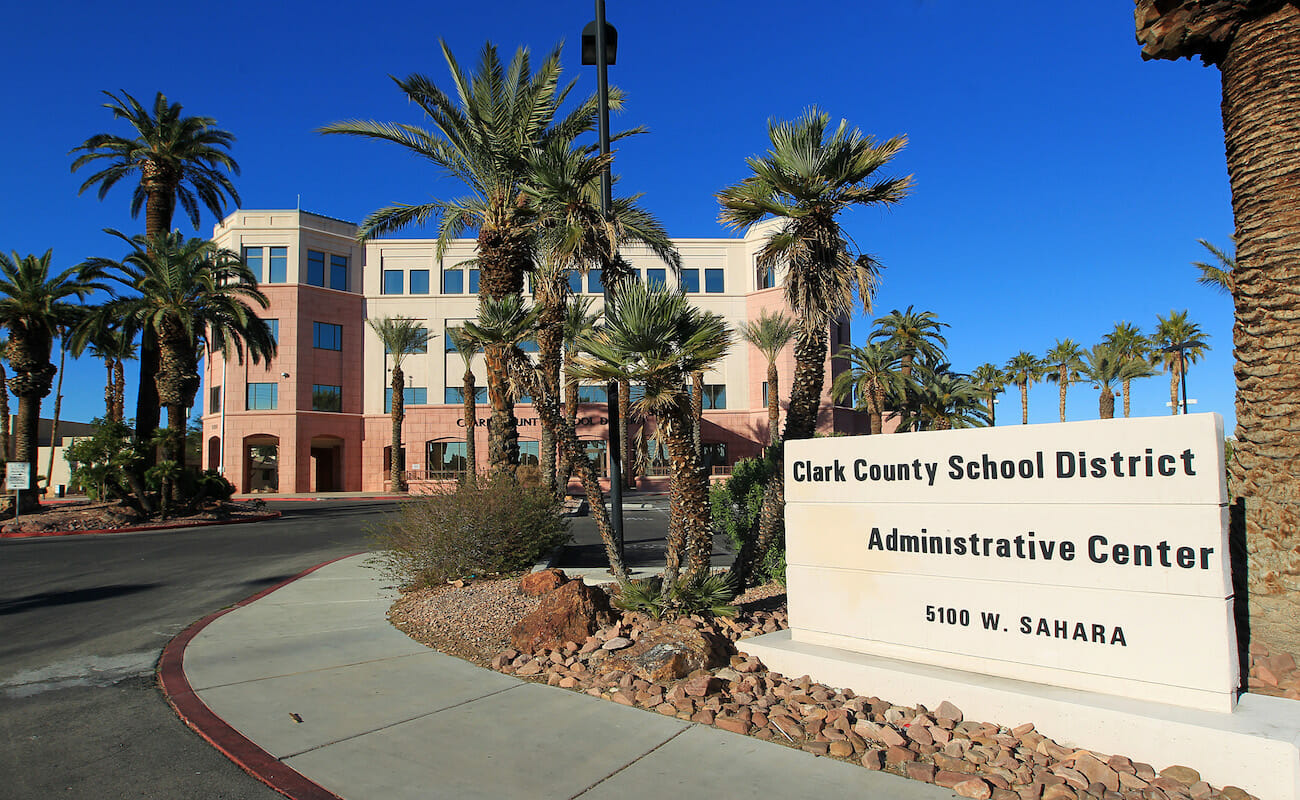 The group supporting a ballot question allowing local municipalities to break apart from their county school districts in order to form their own Pre-K-12 education systems has submitted about 220,000 signatures to Nevada counties for verification, an initial total high enough to qualify for the ballot.

The statutory ballot initiative — put forward by a political action committee called the Community Schools Initiative, led by Henderson City Councilman Dan Stewart – needs at least 140,777 valid signatures to qualify for 2024 ballots. Of those signatures, at least 35,195 must be collected in each of Nevada’s four congressional districts.

The counties have until Dec. 23 to certify the signatures for the petition. If certified, the petition would go to the 2023 Legislature and, if no action is taken within 40 days, it would head to the 2024 general election ballot.

“Our coalition brought forth the Community Schools Initiative to get decision making and funding closer to Nevada’s students,” Stewart said. “We urge the Nevada Legislature to pass this initiative next session.”

The political action committee supporting the initiative has raised more than $638,000 throughout 2022, as of its most recently filed campaign finance report.

The proposal is the latest effort to try to break up Clark County School District, which critics say has grown too large and is failing to meet the needs of its 300,000 students.

“The large districts are broken beyond repair,” the initiative’s website states. “They have been given more money and more legislation time and time again and still nothing changes. Now is the time to make real change and save our schools.”

Proponents say the initiative would allow interested cities and municipalities to form their own education systems, which would be “smaller and more responsive to the needs of the communities they serve.” The new districts created under the Community Schools Initiative would have the same authority and rights as current county-based school districts and would retain all funding that has been allocated by the state and federal government.

Clark County Superintendent Jesus Jara called the initiative a distraction, and said it does little to address the state’s educational shortcomings and could be costly for students and taxpayers alike.

“If anything is to change, Nevada must provide more funding and academic rigor to improve educational outcomes,” Jara said in a Wednesday statement. “Educating our students adequately requires an honest, reasoned, equitable, accountable, and sustainable strategy supported with optimal funding for the new pupil-centered funding formula to produce outcomes other than Nevada’s current 49th in the nation funding levels. This initiative achieves none of these.”

Previous efforts over the years to break up the Clark County School District have failed. One of the biggest concerns is whether this shift would create new inequities, particularly for students of color and students from low-income households.

On the initiative’s website, it says these kinds of inequities already exist, but smaller districts that are more in tune with the needs of the students in their communities could address the issue.

Update: Nov. 23, 2022 at 5:00 p.m. This article was updated to add a statement from Clark County School District Superintendent Jesus Jara.