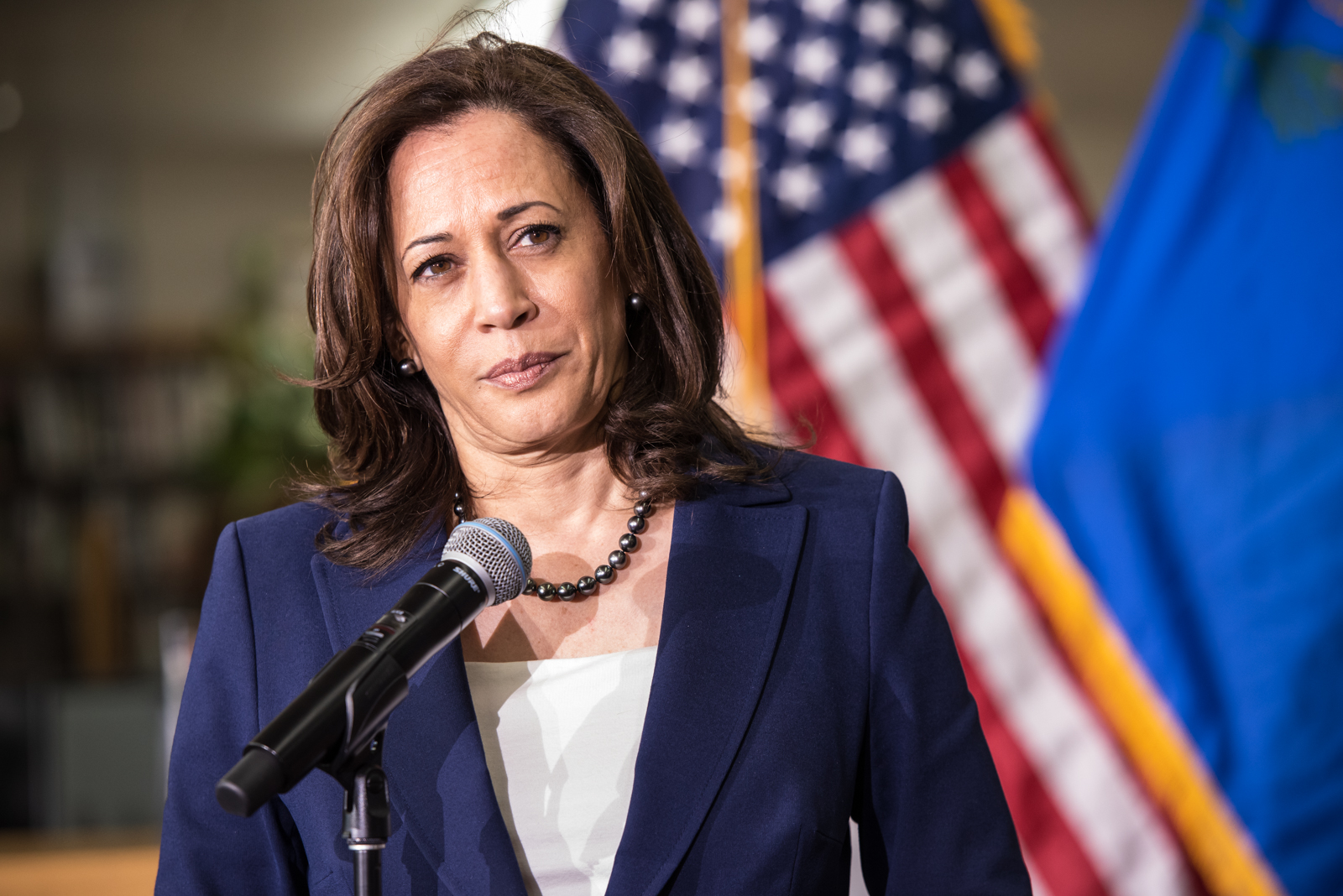 Her remarks came during a speech Friday in Reno at the annual U.S. Conference of Mayors meeting and follow recent mass shootings in Buffalo, New York; Ulvade, Texas; and Tulsa, Oklahoma. The speech coincided with the vice president’s first trip to Reno since the 2020 presidential campaign.

“No 86-year-old should fear for her safety to go to the grocery store. No 9-year-old should be afraid to go to school, and no 18-year-old should be able to buy a weapon of war,” Harris said. “We must repeal the liability shield that protects gun manufacturers, and we must pass red flag laws to prevent people from possessing firearms if they are a danger to themselves or others.”

Harris also discussed the shootings that took place at the Orlando Pulse nightclub in 2016 and Pittsburgh’s Tree of Life synagogue in 2018.

“Our country's facing what might be considered an epidemic of hate where people are being targeted just because of who they are," Harris said. “Let us not allow those who are motivated by hate to separate us.”

More than 170 mayors from across the country gathered as part of the conference to discuss priorities as cities continue to rebuild from the pandemic and confront challenges, including the affordable housing shortage, climate change and gun violence. Mayors donned orange ribbons to show their support for ending gun violence. Orange is associated with gun safety, and is the color hunters wear to avoid being mistakenly shot.

During a press conference ahead of the vice president’s speech, Chicago Mayor Lori Lightfoot called for bipartisan legislation from the federal government addressing gun violence.

Within the first five months of 2022, Lightfoot’s home city of Chicago experienced 971 shootings, which, though lower than years past, violence experts characterized as “way too high.” Lightfoot said there are too many illegal guns on the streets and the government needs to limit access to assault weapons.

“We can’t kick this can down the road,” Lightfoot said. “We are putting a Band-Aid on a gaping wound without the federal government stepping up.”

“We will not give up on making a change on gun violence, gun massacres,” he said. “The problems that relate to our country, in our cities, each and every day.”

The push for gun violence legislation arrives as New York tightens gun restrictions, GOP lawmakers in Ohio passed a bill to arm teachers and other adults in Ohio schools, and the Nevada Treasurer’s office announced the state would divest tens of millions of dollars away from businesses involved in the manufacture or sale of assault weapons.

Speaking on behalf of those attending the Conference of Mayors, Miami Mayor Francis Suarez said he and others are calling for common sense gun violence reform, but do not support arming teachers or other school support staff.

“I cannot even imagine,” Suarez said. “What we're looking for [are] common sense proposals that actually have a good chance of being passed and are also narrowly tailored to solve or to try to solve the problem.”

The vice president closed out her speech by applauding mayors pushing for “common sense gun laws” and calling for continued advocacy.

“Continue to make your voices heard...continue to...fight for safer communities, for more economic opportunity,” she said. “There are families in need to succeed and thrive.”