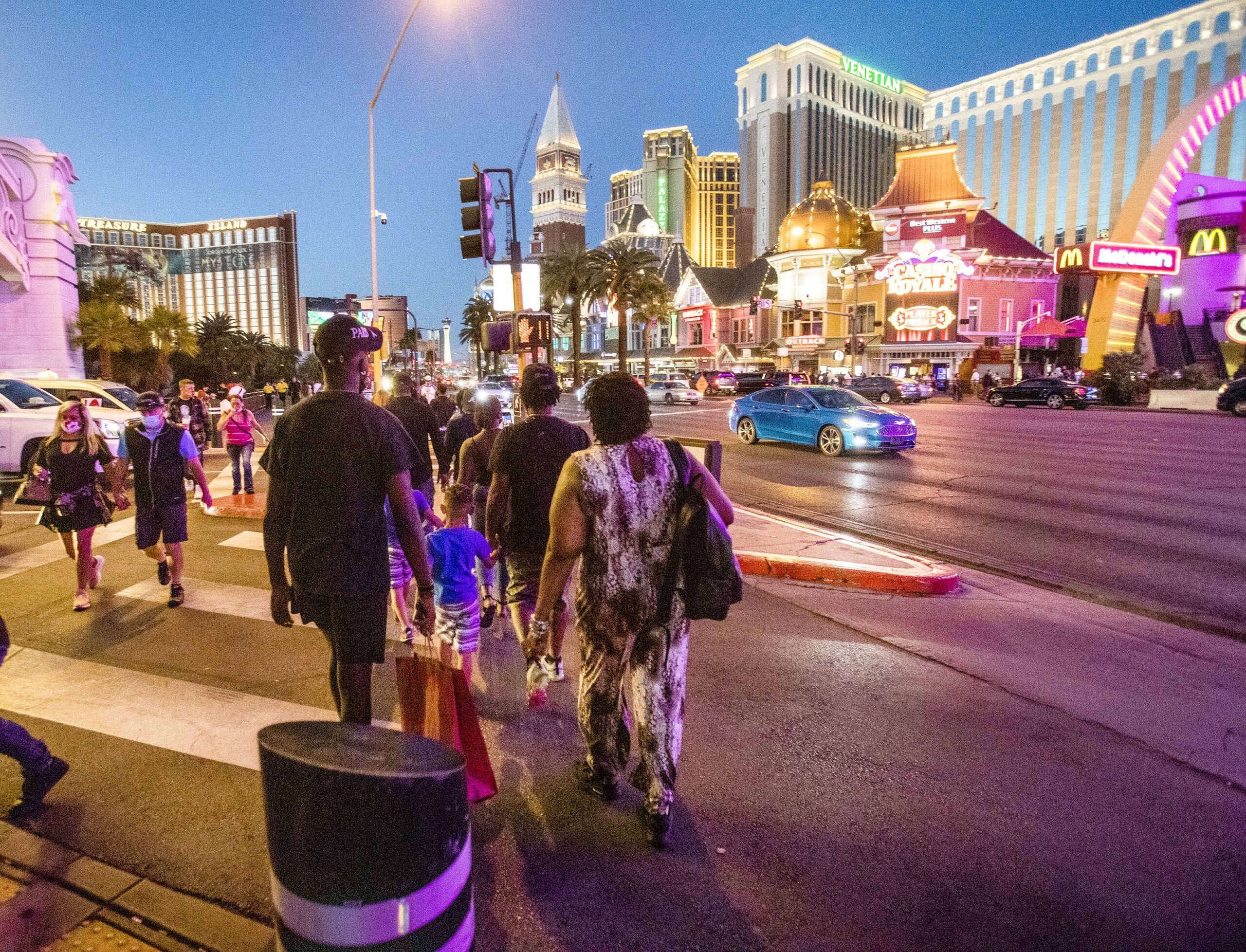 Las Vegas is famous for its entertaining shows in a make-believe setting, so surely it was only a matter of time before the Heartland Institute brought its climate-science denial conference to the Strip to no less an iconic property than Caesars Palace.

Heartland rejects the widely accepted scientific consensus on climate change and has assembled its own more than 50-speaker lineup of academically credentialed and pseudoscientific experts to repeat the argument that taking climate change too seriously is a slippery slope that will lead to the end of capitalism and a one-world government under the United Nations banner.

Don’t take my word for it. From a conference web page: “The global climate agenda, as promoted by the United Nations, is to overhaul the entire global economy, usher in socialism, and forever transform society as one in which individual liberty and economic freedom are crushed.”

Per the Huffington Post, Heartland’s conference was first called the “Nongovernmental International Panel on Climate Change” as a half-clever play on the U.N.’s Intergovernmental Panel on Climate change.” You know, the one with all the top scientists and researchers representing more than 100 countries as opposed to Heartland’s “modest gathering of fringe scientists and political cranks.”

Au contraire, Heartland responds; they merely offer experts “who look at the data and do not see human activity causing an ‘existential’ climate crisis.”

If that’s the case, then a lot of highly credible scientists from dozens of nations are in on the grand anti-American conspiracy to ruin oil company profits while simultaneously forcing a world full of rubes to breathe cleaner air. But who are we to interrupt Heartland’s disinformation fun?

Among the scheduled sessions that caught my eye: “Climate Models vs. Reality” presented by Patrick Michaels of the CO2 Coalition and the former director of the Center for the Study of Science at the Koch-funded Cato Institute. Says one of many critics: “His contributions as an ‘expert’ to the multi-pronged strategy to stall action on climate change have been subsidized for decades by the industries that have the most to lose from any such action.”

Scratch the surface and you’ll find a lot of “experts” like Michaels.

One of my personal favorites is Canadian Patrick Moore, who touts himself as a co-founder of the environmental organization Greenpeace. That alone figures to give a fellow real street cred at a climate science denier conference, and plenty of news outlets have gulped the bait.

Except that, well, the actual Greenpeace doesn’t count him as a co-founder, just a guy who played a “significant role” in the organization’s early years, according to its website. Then the spoiler: “Patrick Moore has been a paid spokesman for a variety of polluting industries for more than 30 years, including the timber, mining, chemical and the aquaculture industries. Most of these industries hired Mr. Moore only after becoming the focus of a Greenpeace campaign to improve their environmental performance. Mr. Moore has now worked for polluters for far longer than he ever worked for Greenpeace.”

If you’ve followed Nevada’s long battle against the proposed nuclear repository at Yucca Mountain, Moore’s name might sound familiar. He has worked for the Nuclear Energy Institute’s “Clean and Safe Energy Coalition,” part of the nuclear industry’s multimillion-dollar marketing efforts to put a happy face on its lobbying efforts.

Another scientific expert sure to cause a stir is Lord Christopher Monckton, a former advisor to British Prime Minister Margaret Thatcher. He is widely touted as a global warming expert, especially by the climate change denying Science and Public Policy Institute, which once reported in a profile that Monckton enjoyed the “status of Nobel Peace Laureate.” He later claimed that the reference had not been meant to be taken seriously, which is just the way climate scientists feel about his views on global warming.

These days, Heartland’s climate science skeptics also have their own version of Greta Thunberg, the remarkable young activist from Sweden who has risen to world acclaim for speaking truth to power and telling it like it is on the subject of global warming. Her name is Naomi Seibt and at the conference she is being promoted as a “Global Climate Realism Communicator.” She conveniently also works for the Heartland Institute.

The young woman dubbed the “anti-Greta” by the environmental community and anyone with a sense of humor, Seibt is a climate change denier who also mixes in promotions of COVID-19 vaccine disinformation.

Sure, Thunberg’s voice rose organically and Seibt’s imitation is classic AstroTurf. But look at the entertainment value she brings to the Heartland’s favorite branch of science – political science.

But what do you expect from a think tank that accepts millions from Philip Morris and “thinks” that the dangers of smoking and secondhand smoke are overrated?

I can only imagine what Heritage and its friends will think of the new research analysis in the journal Nature Climate Change that shows at least 85 percent of the world’s population has already borne the brunt of weather events made worse by human-accelerated climate change. Guessing not much time will be spent on the topic this week.

The list of Ph.D.-carrying industry representatives scheduled to appear at the conference is long, and not surprisingly some of those shared their sage advice with the Trump administration. All bring their own vision of the problem that inevitably leads to the same conclusion: Severe climate change is more or less a hoax and global warming is nothing to sweat about, lest we wake up one morning and find ourselves socialists.

This week the deniers are playing Vegas, where the atmosphere is always warming, but at least it’s a dry heat.