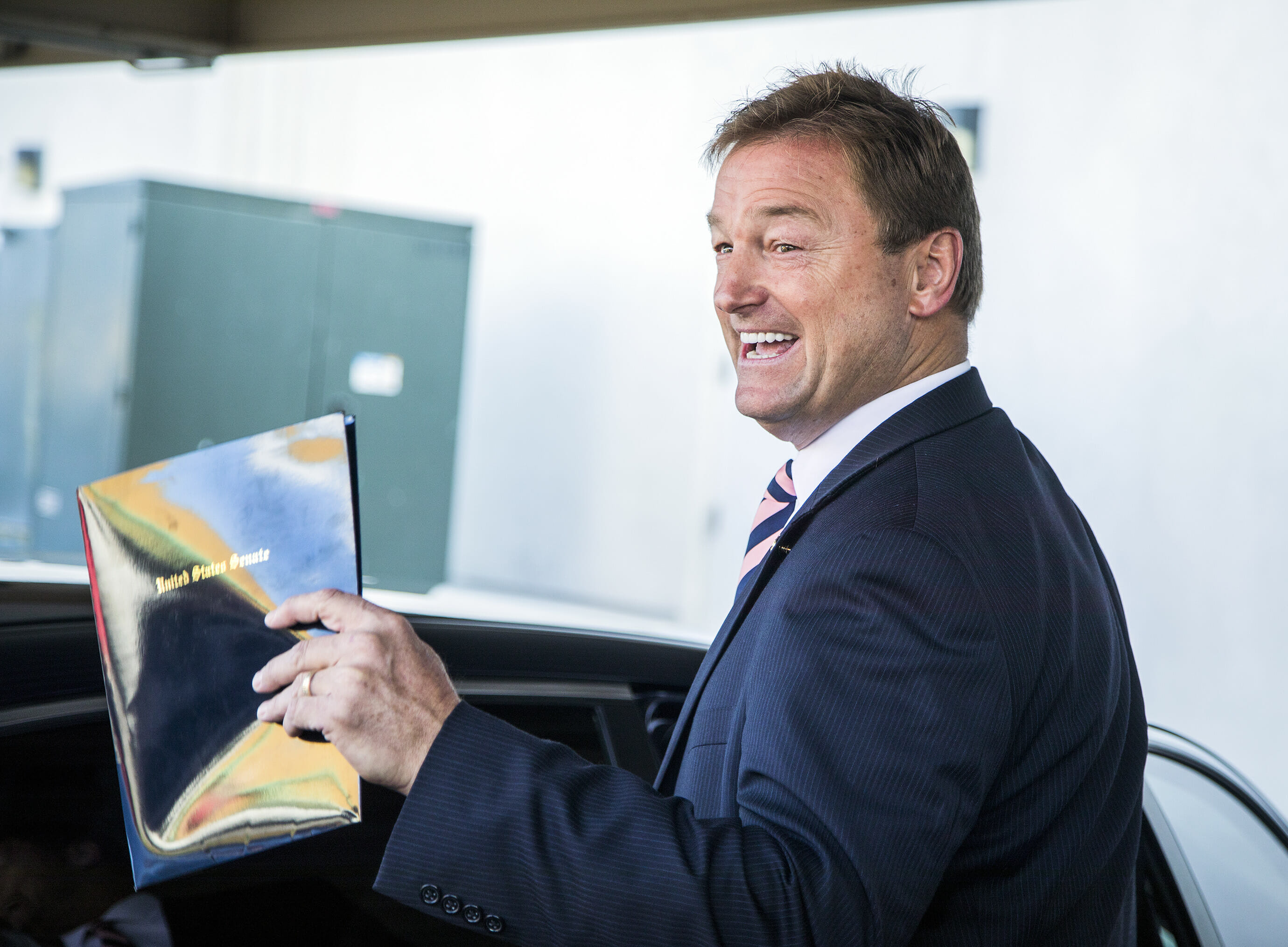 Republican Sen. Dean Heller is predicting that U.S. Supreme Court nominee Brett Kavanaugh will be confirmed to the nation’s highest court despite the “hiccup” of a recent allegation that the judge sexually assaulted a woman when they were both teenagers.

In a “VIP” conference call arranged by the Nevada Republican Party on Wednesday ahead of President Donald Trump’s visit to the state, Heller — who is running for re-election against Democratic Rep. Jacky Rosen — said the Senate would still likely confirm Kavanaugh to replace retired Justice Anthony Kennedy despite the sexual harassment allegations.

“I’m really grateful for the White House, for the effort of President Trump and what he has done, and the excitement that we have,” he said. “We got a little hiccup here with the Kavanaugh nomination, we’ll get through this and we’ll get off to the races,” he said.

Few other senators have expressed such confidence in Kavanaugh’s nomination after California-based psychologist Christine Blasey Ford went public with her allegation that Kavanaugh sexually assaulted her more than three decades ago when they were both high school students.

Kavanaugh has flatly denied the claims, and Senate Judiciary Chairman Chuck Grassley has invited Ford to testify before the committee on Monday — an offer she refused through attorneys who asked that the FBI investigate the claims first. The accusations have cast the first serious doubt that Kavanaugh, who was nominated by Trump in July, may not be able to find enough votes for confirmation in the face of nearly unified Democratic opposition and some wavering Republicans.

In a statement released to USA Today on Thursday after this story was published, Heller said the comments were a reference to how Democrats were handling the process.

"No, I do not believe sexual assault allegations of any kind are a hiccup, I was referring to how poorly the Democrats have handled this process and the fact that the Democrats have not worked with the Judiciary Committee Chairman in good faith," he said in a statement to the newspaper.

Heller said in July that he had “no reservations” about confirming Kavanaugh, citing his “extensive record” and called him a “mainstream jurist.”

“His legal career combined with his educational credentials make him an exceptionally qualified nominee to fill the upcoming vacancy on the U.S. Supreme Court,” he said at the time.

Heller told a Las Vegas Review-Journal columnist in a statement Tuesday that he hoped Ford would “share her information with the Judiciary Committee.

”Given the gravity of the appointment and this accusation, I would hope all Senators, regardless of party, will work with Chairman Grassley in good faith,” he said in the statement.

Democratic Nevada Sen. Catherine Cortez Masto announced earlier today that she plans to vote against Kavanaugh, citing only his decisions on the federal bench and not mentioning the allegations of sexual assault.

Updated at 11:54 a.m. to include a statement from Heller's campaign.