Heller signs onto Graham-Cassidy amendment to keep in place most ACA taxes, send money to states 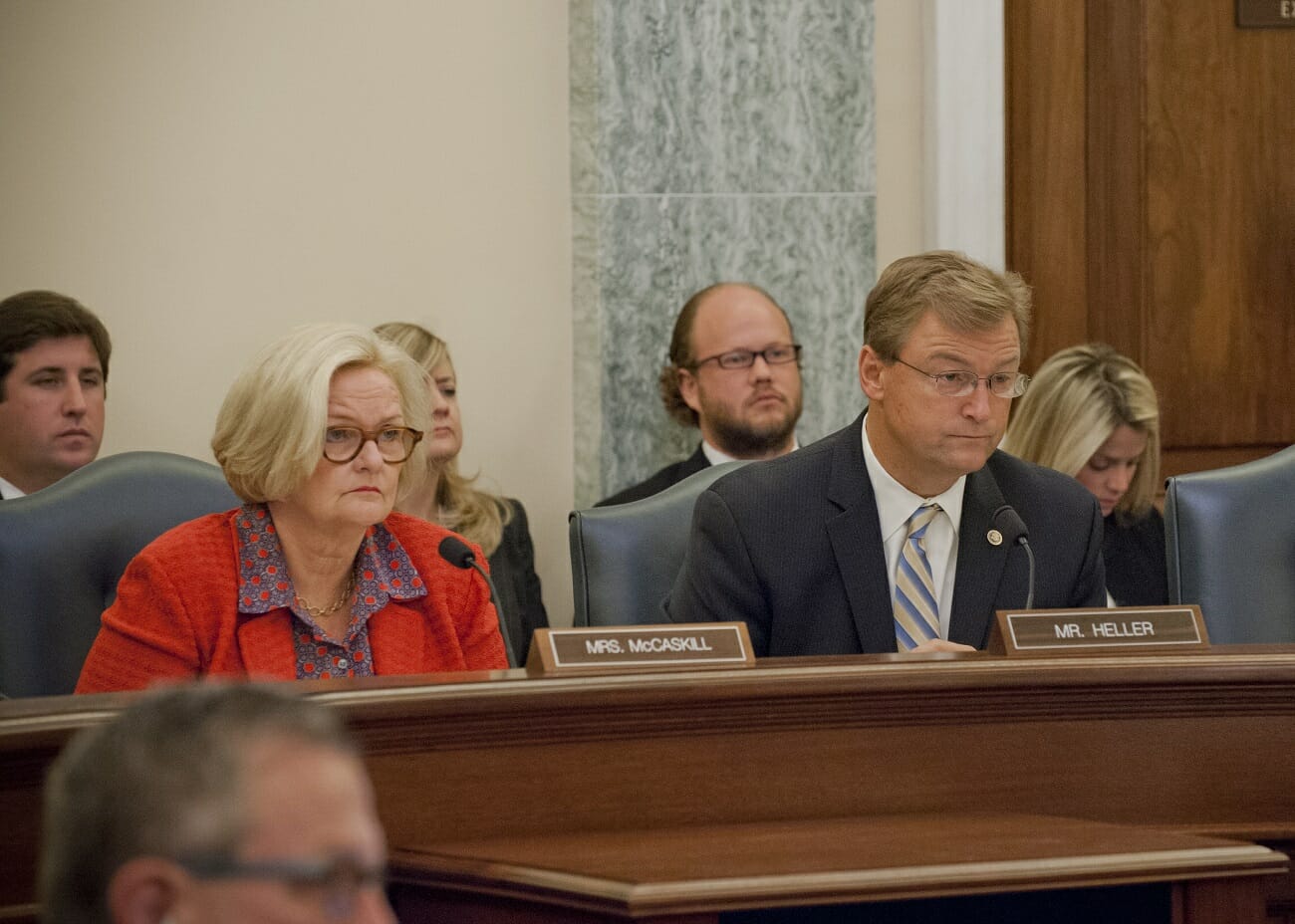 Nevada Sen. Dean Heller — considered one of a handful of Republican swing votes that will make or break efforts to pass a measure substantially overhauling the Affordable Care Act — has signed on to an alternative plan designed to shift federal funding and more decision-making authority to individual states.

The amendment, originally proposed by South Carolina Sen. Lindsey Graham and Louisiana Sen. Bill Cassidy, would keep most of the taxes from the ACA in place but send the money raised from those taxes to the states in the form of block grants. States would be allowed to use the money to create state-specific programs to provide health insurance.

“It would leave in place taxes on the wealthy, taking that money and giving it back to governors to come up with better healthcare,” Graham said on CNN two weeks ago.  “If you like ObamaCare, you can keep it. If you want to replace it, you can.”

Heller called the amendment Thursday afternoon “the most conservative and workable solution,” saying that it would return power to states and provide flexibility to Legislatures and governors.

“By allowing states to address the unique health-care needs of their populations, it gives states the flexibility to innovate and come up with a tailored approach that is most appropriate for their citizens,” Heller said in a statement. “In Nevada, this means supporting programs that are currently working in our state and exploring new options to address coverage and cost. The goal of health care reform should be to increase choice, lower costs, and improve the quality of care in this country, and I believe this proposal is the best way to go."

Cassidy’s office said that the amendment would allow federal Medicaid funding to states to “continue to grow in a sustainable manner, adjusted for inflation,” providing flexibility to states to ensure that dollars are spent where they are most needed in a state-by-state basis. The proposal would equally divide money currently spent on private insurance subsidies and Medicaid spending (including Medicaid expansion) between all states on a per capita basis, which means states like Nevada that enrolled in Medicaid expansion could experience cutbacks in funding.

An analysis from the left-leaning think tank Center on Budget and Policy Priorities estimates that block grant funding in 2020 would be $26 billion, 16 percent below projected levels of federal funding for Medicaid expansion and marketplace subsidies, and by 2026 would be $83 billion, or 34 percent below current federal funding, with block grant funding in 2026 altogether. The group projects that states would also face significant cuts to the federal Medicaid dollars they receive due to the per capita cap, which the nonpartisan Congressional Budget Office has previously estimated would reach more than $40 billion annually by 2026.

The amendment would also repeal the individual mandate and employer mandates created by the ACA along with the medical device tax, while maintaining requirements that insurance companies cover pre-existing conditions. The Congressional Budget Office has not yet scored the plan, which means it would likely need 60 votes to pass.

A Heller-only sponsored amendment that would have expressed the Senate’s symbolic support for continuing the government-funded Medicaid program as provided for under the Affordable Care Act in the event of a repeal died a quick and overwhelming death yesterday in a 10-90 vote.