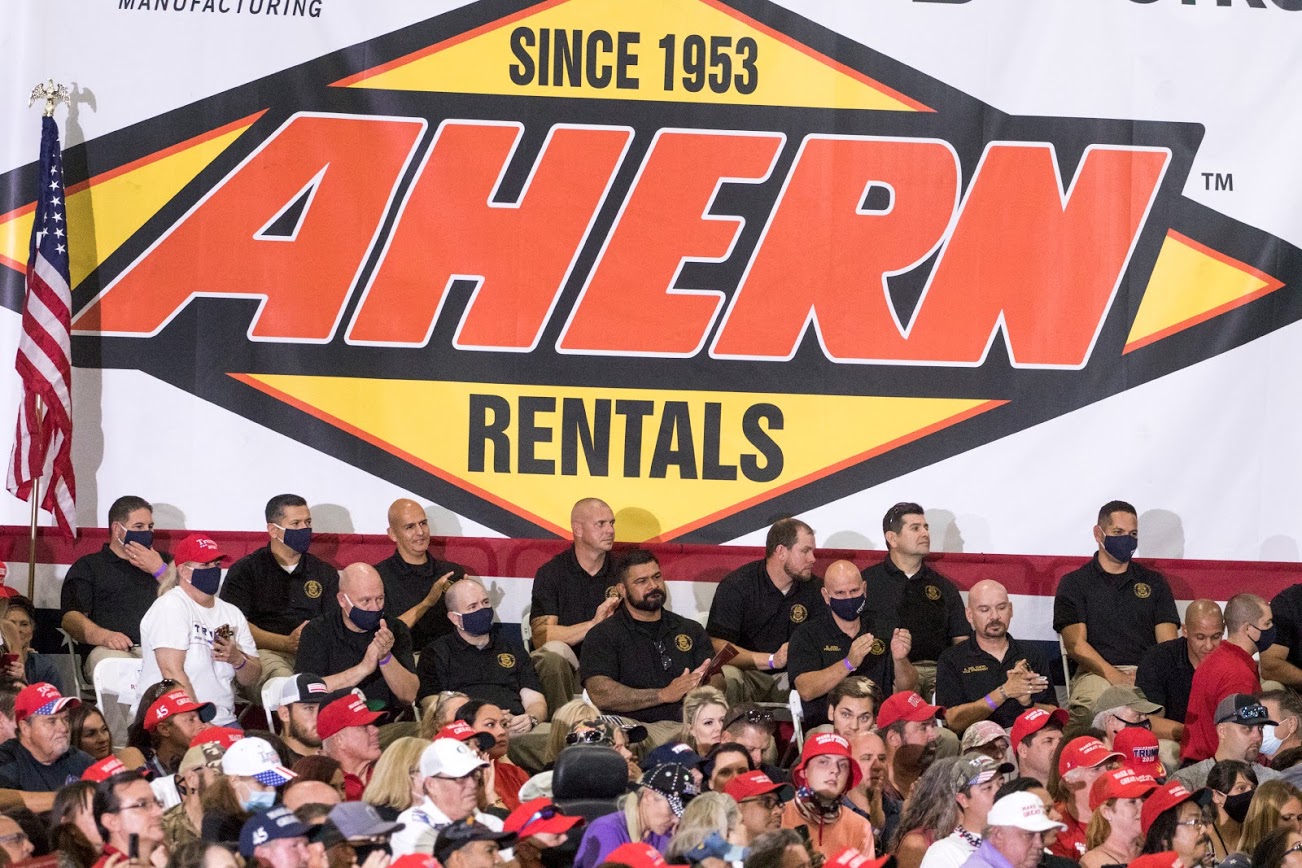 The City of Henderson has fined the company that hosted President Donald Trump’s campaign rally Sunday evening $3,000 for multiple violations of the state’s emergency coronavirus directive.

Spokeswoman Kathleen Richards, in a statement on Monday, said that a city compliance officer observed six violations of state directives during the rally at the Xtreme Manufacturing warehouse in Henderson and that the city’s Business Operations Division has issued a business license notice of violation, in addition to the $3,000 fine. Xtreme Manufacturing has 30 calendar days to respond to the notice and pay the penalty or dispute it.

The city notified Xtreme Manufacturing on Friday that the planned event was in violation of the state’s 50-person limit on public gatherings. About 5,600 people attended the indoor rally, according to the Henderson Fire Department, with the vast majority of them not wearing masks.

Don Ahern, CEO of Ahern Rentals and owner of Xtreme Manufacturing, declined during a press conference Monday afternoon to comment specifically on the $3,000 fine citing "some legal litigation." He said that it was his "patriotic duty to do what is right for our country, and what is right is supporting President Donald J. Trump."

"My goal was to continue that great American traditions of the right to assemble and to free speech," Ahern said. "No different than the thousands that are allowed to assemble at gaming tables, maskless pool parties, and protests across the street."

The Trump campaign also did not immediately respond to a request for comment.

Xtreme Manufacturing was fined $500 for each of the six violations observed, which include:

Richardson said that Henderson’s COVID-19 case counts are “by far the lowest amongst Southern Nevada’s jurisdictions” and that the city “would like to thank the businesses and residents who have followed the state guidelines to stay safe and healthy so that we can reopen all businesses and get people back to work.”

Caleb Cage, Nevada’s COVID-19 response director, said during a press call Monday afternoon that there were “multiple conversations underway” about whether there was any enforcement action the state could take in response to the Trump rallies in Henderson and Minden this weekend.

An OSHA spokeswoman, asked whether the agency plans to take any action on the rallies this weekend, said only that OSHA has received three complaints about Xtreme Manufacturing this year, all of them predating the rally. She added that OSHA is not allowed to provide any information about any planned investigative activity.

OSHA levied a $11,000 fine on Ahern Hotel, which is also owned by Ahern, for hosting an “Evangelicals for Trump” event last month that violated the state’s limit on public gatherings.