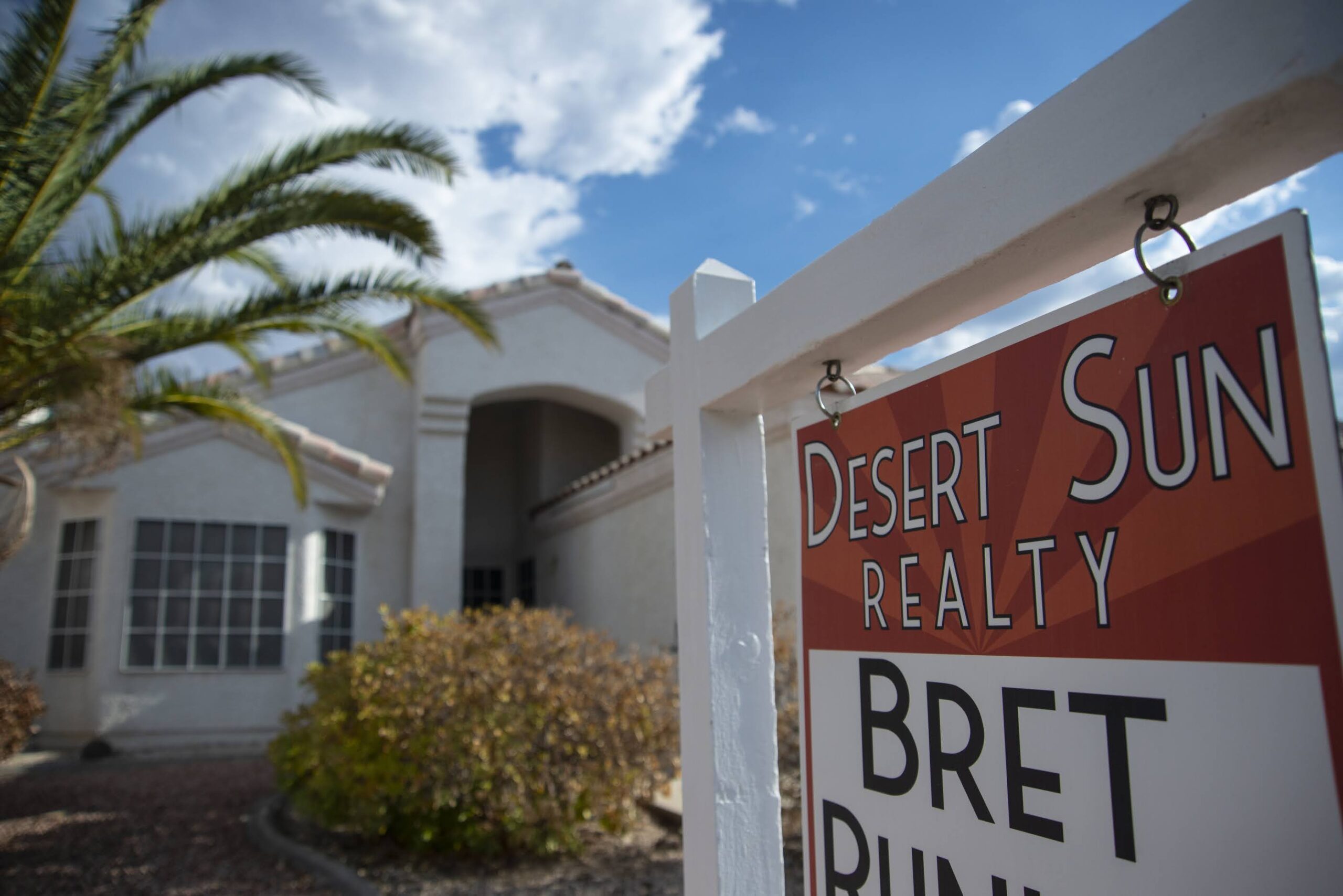 As Samantha Christy searched for an alternative to the cramped, dilapidated home she and her family rented in Winnemucca, she watched rental prices increase and her options dwindle.

An area supervisor for a property management company, Christy said she and her husband, a welder, eventually decided they would attempt to purchase a house through the Nevada Rural Housing Authority's Home at Last down payment assistance program.

"We started pinching every penny. We started just paying the minimums of what we had to for our bills just to keep those current and keep us afloat," she said. "We didn't buy any extra socks. We didn't buy extra toothbrushes."

But even with the down payment assistance and savings in hand, Christy’s home-buying process was an emotional rollercoaster ride. She walked through more than six houses, but offers were sometimes already in place and accepted by the time she finished a tour.

After finally finding an available home that she loved, she put in an offer straight away, crossed her fingers and prayed the deal would not fall through.

"I was at that point of just saying ‘forget it,’" Christy said. "When they accepted the offer and my realtor told me they had accepted, it was like a huge weight lifted off my shoulders. I was so happy I couldn't even express myself properly."

Christy's relief at securing a house is far from unique.

Gary MacDonald, 2021 president of the Reno-Sparks Association of Realtors, described the price boom as a "seller's market,” because there are often many offers available to someone selling a house.

"When COVID first came into the marketplace, we were all thinking that it was going to be not good, it was going to hurt our business … and in essence, it did anything but hurt us," MacDonald said. "Everyone around the country has seen an uptick in business. Areas where the real estate market was just dead, all of a sudden it's come alive."

As home prices in Nevada's two largest metropolitan areas rose more than 23 percent in Las Vegas and around 22 percent in the Reno-Sparks area over the last year, so did housing prices across the country. In nearly all markets tracked by the National Association of Realtors, the median price of single-family existing homes rose during the third quarter, with 78 percent of those markets experiencing double-digit price increases within that same timeframe.

The state also saw an increase in luxury sales — homes that cost more than $1 million.

Data from the Las Vegas Realtors Association revealed that luxury home sales in 2021 reached a record-high of 1,560 sales as of the end of December, representing just over 3 percent of the association’s property sales for the year. The association reported more than 50,000 property sales during 2021, topping the previous record set in 2011 by almost 2,000 sales.

Aldo Martinez, 2021 president of the Las Vegas Realtors Association, said part of the increase in luxury home sales stemmed from rising prices. He said homes that might have sold for $800,000 a few years ago now can sell for upwards of a million dollars, placing them in the category of luxury homes.

MacDonald described the rise of luxury home sales in Northern Nevada over the last year as "dramatic." In areas surrounding Lake Tahoe and Incline Village, he said buyers experienced a lack of inventory. Many made offers above the initial asking price to score a house.

Though Nevada's real estate prices may have seemed outlandishly high to long-term residents of the state, MacDonald called them a "bargain" compared to other parts of the country such as New York City, San Francisco and Honolulu.

Affordable housing and the rental market

Though Nevada's housing market may be less expensive than other locations, the rise in housing prices and supply shortages made purchasing a home more difficult for those falling in a median- or lower-income bracket.

Part of the problem stemmed from the demand for higher-end, luxury homes.

Martinez added that those looking to purchase homes in 2021 had to adjust preferences and decide what they could live without.

In Las Vegas and other markets, Martinez said certain companies bought up homes to enter the rental market because they realized salaries had not kept up with escalating housing prices, and that this was to their benefit.

Priced-out buyers, individuals waiting out the market and increased demand for rental units contributed to a double-digit increase in rental prices.

The average asking rent for apartments in Southern Nevada reached around $1,400 a month during the third quarter of 2021, a 30 percent rise since 2020. In the Reno-Sparks area, rents rose close to 22 percent and hovered close to $1,500 a month over the same timeframe.

The affordable housing shortage also applies to rental homes, MacDonald added. As prices escalated, affordable rental houses remained scarce, and there was a gap between what buildings cost to construct and maintain and what renters could afford.

Unless the government can help subsidize the creation of affordable housing or figure out a way to keep rents artificially low, it is unlikely that the market will meet the need for affordable rental units in the near future, MacDonald said.

Though the sticker price on a home may have frightened many would-be buyers, the low interest rates acted as a counterweight to the increase in prices, Martinez said.

Many savvy buyers also may have had the money to pay cash for a home, MacDonald said, but opted instead to finance a home purchase with a loan because of the low interest rates. The challenge, of course, lay with a shortage of housing supply.

Families looking to sell homes during 2021 had limited purchasing options, and one of the trends MacDonald noticed as the market leveled out in the Reno-Sparks area was a rise in contingency sales protecting buyers who wanted to sell one home before purchasing another.

Realtors also saw increased cash sales as buyers used cash offers as an incentive to sellers to speed up the closing.

In November, the Las Vegas Realtors Association reported that 30.1 percent of all local property sales were purchased with cash, up from 18.9 percent one year prior. Though the region has experienced significant cash sale hikes, it was still below a cash buyer peak of 59.5 percent in March 2013.

MacDonald said whenever the market "gets out of whack," it will usually find its way back to equilibrium.

In the last four to five months, the Reno-Sparks market has evened out, meaning prices have somewhat stabilized and are not jumping up month over month as they have within the last year.

"I think we're seeing a bit of a plateau and I think that every marketplace has a self-imposed limiting on pricing," MacDonald said.

In Southern Nevada, Martinez said he expects the housing market to eventually correct itself as buyers become skeptical of paying high prices. Still, he does not anticipate the steep decline in prices experienced during and after the Great Recession.

But because of supply issues, he warned that a price plateau would likely not take place for another three to five years.

"I would expect a more stable, maybe 4 to 7 percent growth this year, at least until salaries can keep up," Martinez said.

Though roughly 35 percent of buyers in Southern Nevada came from out of state in 2021, the market still needs to meet the needs of 65 percent of consumers coming from within Nevada, Martinez added. If housing is not affordable for locals, sales and prices cannot grow as they did during 2021.

"Even during the run-up in 2002 to 2007, the dynamics were different. At that time, people could get a loan without having to qualify for it,” MacDonald said. “Now, you've really got to step up and say to the lender, ‘OK, I can afford this place.’”