Jazmin Orozco Rodriguez
March 29th, 2020 - 2:00am
More than 20 organizations signed on to a letter last week calling on Sisolak to issue a statewide moratorium on evictions to provide peace of mind to renters, who comprise 45 percent of Nevada households, and replace a confusing patchwork of orders from individual local courts offering varied levels of relief to tenants.
Full Story
Local Government | Real Estate

Reno’s ‘1,000 Homes in 120 Days’ program seeks to boost inventory amid shortage, but at what cost?

Riley Snyder
January 15th, 2020 - 10:00am
The two political action committees — Realtor Champion PAC and Realtor Industry PAC — were each registered with the state on the same day in December and given $1 million each by the REALTORS association. It’s part of an expanded strategy by the association (already a major contributor to legislative candidates of both parties) to play a larger role in recruiting and supporting candidates in both major political parties aligned with the industry after a 2019 legislative session that association President Chris Bishop called “one of the worst legislative sessions we've been through.”
Full Story
Economy & Business | Real Estate

'Elephant in the room': How property taxes became one of the least talked about issues of the 2019 session

Megan Messerly
May 26th, 2019 - 2:10am
Members of the business community, local governments and others fully expected a constitutional amendment on property taxes to advance this session. Yet, with only about a week left in the session, the proposal and an accompanying piece of legislation have yet to receive so much as a committee hearing and are considered all but dead.
Full Story
Legislature | Real Estate

Riley Snyder
April 10th, 2019 - 2:20am
The actual subject of the hearing was AB421, a bill heard by the Assembly Judiciary Committee that would reverse many of the substantive changes Republican lawmakers made in 2015 on lawsuits related to construction defect claims, a move derided by Democrats but lauded by Republicans including Gov. Brian Sandoval and developers as necessary to stem the growing tide of alleged “frivolous” lawsuits on residential construction defects.
Full Story
Legislature | Real Estate

Riley Snyder
March 27th, 2019 - 2:05am
Democratic Sen. Julia Ratti, who presented the bill and chaired an interim legislative committee on affordable housing, told lawmakers on the Senate Revenue and Economic Development Committee on Monday that the tax credits would help spur development of another 600 units of low-cost housing every year, and match up with federal requirements for low-income housing credits to ease burdens on developers.
Full Story
Legislature | Real Estate

Riley Snyder
March 23rd, 2019 - 2:00am
A bill aiming to give more power to tenants heard Friday in the Senate Committee on Commerce and Labor highlighted the tension between advocates seeking to expand tenant rights and property managers and developers — one who called the bill a “slap in the face” — and who have advocated for tax credits and fewer regulations and restrictions on construction.
Full Story
Legislature | Real Estate

Riley Snyder
March 8th, 2019 - 2:00am
A bill introduced Wednesday by Democratic Sens. Joyce Woodhouse and David Parks would set numerous restrictions and requirements for any golf course owner prior to converting the property to another use. Although Badlands isn’t specifically named in the bill, its hyper-specific language hints that the shuttered Las Vegas golf course would likely be affected by the bill.
Full Story
IndyBlog | Real Estate

Las Vegas appears to be entering a steady housing market

Jackie Valley
September 23rd, 2018 - 2:10am
Home prices in the majority of metro areas across the country — places such as Nashville, Los Angeles, Austin and Indianapolis — have eclipsed their pre-recession peak. But not in Las Vegas. Median home prices hovered around $295,000 this summer, still below the pre-recession peak of $315,000.
Full Story
Local Government | Real Estate

Michelle Rindels
May 6th, 2018 - 2:15am
Las Vegas pointed to some bright spots in its homeless services, including the creation of two additional MORE teams — multidisciplinary outreach teams that connect the homeless to services. But there have also been some setbacks, mainly in the mental health arena — the one that San Antonio homeless outreach expert Kenny Wilson says is the most foundational.
Full Story
Local Government | Real Estate

The Nevada Independent Staff
April 23rd, 2018 - 2:05am
After the project spent years on a waiting list, Nevada will be getting reimbursed by the federal government for its investment in building a 96-bed veterans nursing home in Sparks.
Full Story
Government | Immigration | Real Estate 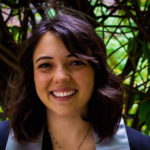 Megan Messerly
March 14th, 2018 - 2:00am
Nevadans struggling with serious mental health and substance abuse issues often get trapped in a loop, cycling between the streets, homeless shelters, jails and the emergency room without any sort of long-term stability to start them on the path to wellness.
Full Story
Congress | Real Estate

Michelle Rindels
February 5th, 2018 - 2:00am
“About Last Week.” This is our way of bringing news-hungry but time-strapped readers up to speed on happenings that may have flown under the radar. Among other things, the Treasury Department announced last week that it’s cutting $6.7 million worth of federal dollars to the Nevada Hardest Hit Fund after a pattern of wasteful spending and poor management.
Full Story
Economy & Business | Real Estate

A bubble or a boom? That's the question vexing housing experts in the Reno area

Jackie Valley
November 19th, 2017 - 2:05am
The hum of home construction in Fernley is a sound some Northern Nevada leaders say should be more prevalent across the region. They warn that inaction could make a bad problem worse, endangering the economic renaissance the city is experiencing. Others disagree, fearing another housing bubble on the horizon.
Full Story
loading...