Incoming president of Vegas Realtors: ‘Sky is not falling’ as mortgage rates rise 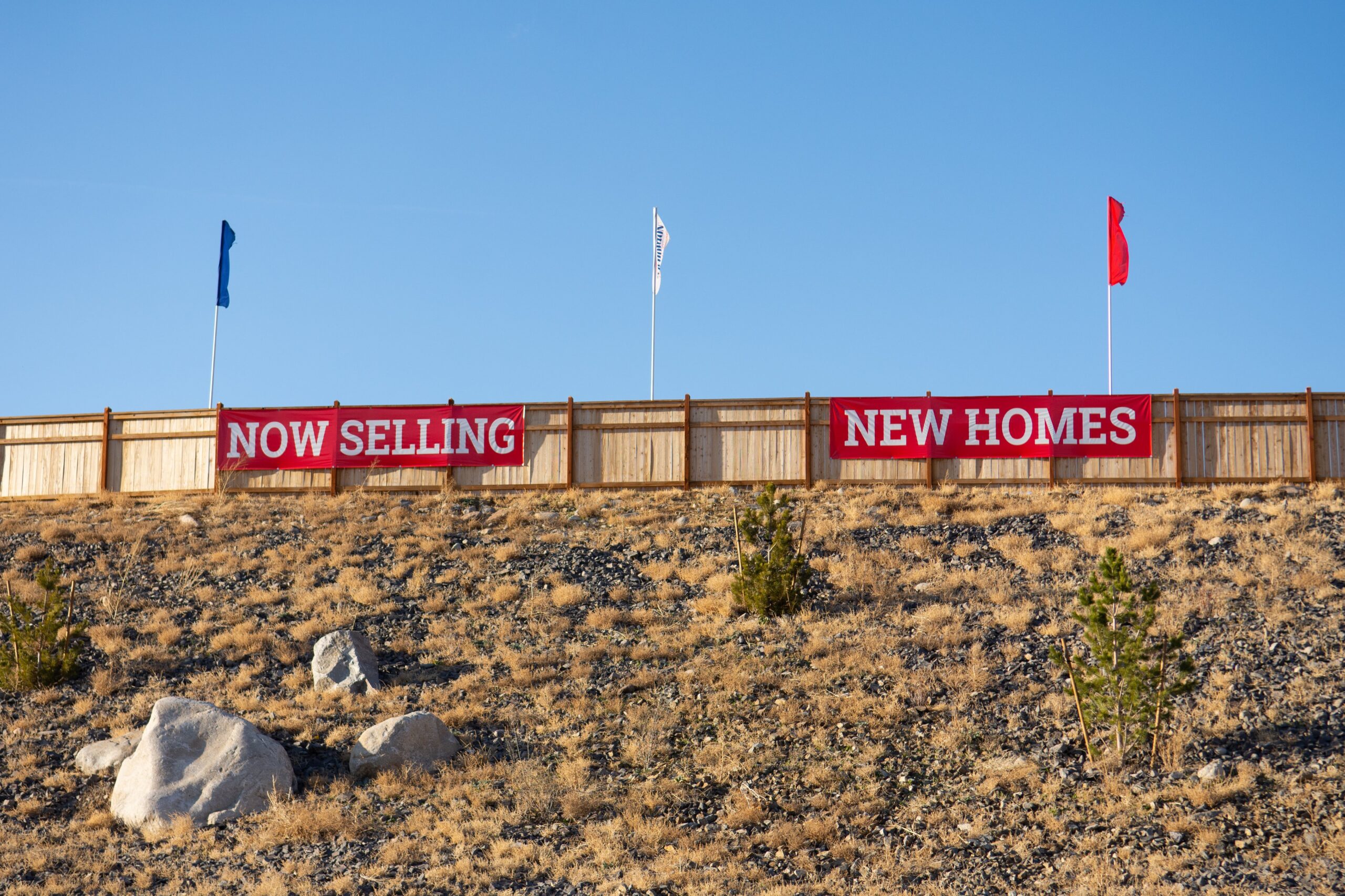 After the pandemic triggered record-high home prices, Nevada’s housing costs have begun to decrease and even out, spurred partly by rising mortgage rates and slowing home purchases.

But the incoming Las Vegas Realtors Association president, Lee Barrett, dismissed fears surrounding falling prices. The market is cyclical, he said, adding that home-buying and selling typically slow during the holidays, eventually picking up in the spring.

“The interest rate adjustment going up caused a contraction, but it’s a natural contraction. There always has to be change in the real-estate business,” Barrett said. “The sky is not falling. It’s just adjusting.”

Increasing mortgage rates resulted from the Federal Reserve’s decision to raise borrowing or interest rates seven times this year to address the highest inflation the country has experienced in 40 years. The rising rates reverse measures the Fed took to cut interest rates amid the coronavirus pandemic to encourage spending in an uncertain economy.

After double-digit increases in home prices for two years in a row, Nevada’s market appears to be leveling out. The median sales price for a single-family home in the Las Vegas area reached $430,990 in November, up only 2.6 percent from the previous year and down almost 11 percent from the all-time record of $482,000 set in May. Meanwhile, Northern Nevada’s median sales price hit $550,000 in October, the same as last year.

Barrett said the evening out of housing prices reflects a more balanced market that doesn’t overly favor buyers or sellers.

He said the housing market has about a four-month supply of homes, meaning that homes will sell out in four months if new housing does not come onto the market in that timeframe. In March of 2021, state economists’ predictions placed Southern Nevada’s housing supply at about 1.5 months.

Though the four-month supply represents a more stable market, Barrett said decreasing prices favor buyers, who have seen prices rise since the median sales price for a single-family home bottomed out at $118,000 in 2012 after the Great Recession.

The son of a broker, Barrett became a real-estate agent when he was 18 years old and has worked in the industry for 45 years.

Beginning in January, Barrett will serve as the president of the Las Vegas Realtors Association, a local trade organization representing and serving more than 17,000 individuals working in the real-estate industry in Southern Nevada. It’s a role he also held in 2004.

Barrett spoke with The Nevada Independent about what next year may have in store for housing, changes in the local housing market since it bottomed out in 2012 after the recession, and what the leveling off of housing prices portends for the market.

This interview has been edited for clarity and length. Explanations of specific terms or ideas have been added in italics as needed.

In the last few months, housing prices have decreased before flattening a bit. What do you expect to see next?

In our market, we’re at a 7 percent increase in value, even after everything we’ve been through this year. You get anywhere between 3 and maybe 5 as high appreciation and value in a normal market. So you look at that 7, it’s still a really good year for appreciation.

There have been many ups and downs, and people get nervous during that time. If you look at National Association of Realtors’ statistics, they pretty much hold true that we’re going to level off in 2023. And, you know, that’s the best we can look at right now is leveling off.

What about in the next few months?

We have sat in a balanced market for two months already. And in October, single-family housing prices dropped to $440,000. We were at $445,000 before. It’s natural for it to stay for a couple of months. And we’re historically going into a slower market in the later part of the year.

What would you tell people who may be worried about the decreasing housing prices after seeing them increase all last year?

Contraction makes people fearful. And we shouldn’t feel fearful. Because just like the numbers from 2012 (when the median sales price of a single-family home hit $118,000) show, whatever goes down, usually goes back up. It’s how long you hold it. If it’s your primary residence, you will live there anyway.

Is there anything you would like people to know about the housing market?

With the stabilization of the marketplace, there are still bright spots for buyers out there. There’s opportunities for them, as prices adjust, to go ahead and get into homes. A lot of builders and a lot of resale owners are buying down the interest rates for people.

For example, there’s something called a two-one buy-down. So you start with a lower interest rate. So let’s say the interest rate is 6 percent. And so your first year, you could be at four and then five, and then your third year, you’re at 6 percent. Hopefully, interest rates will change by then to the lower number, and you can go ahead and refinance.

What advice would you give to home buyers and sellers?

It’s important to always work with a qualified Realtor. We’re there in the marketplace. We understand the market. And so we can be a good advocate for the buyers.

We have approximately 17,000 members down south here, and if they’re collectively working with eight to 10 people, there’s more opportunity for exposure.

For the buyer, the same principle applies because the buyer doesn’t have to go to third-party websites and keep on wondering, ‘is that property still for sale or is not for sale?’ We are up to date.

Though housing prices are leveling off, they’re still high. What advice do you have for young people looking to purchase a home for the first time?

Be patient. My first house was 800 square feet. One of the things we see now is everybody wants to live in the same home that their parents live in, which takes time.

My first home was an elongated home that looked like a trailer. But it wasn’t. And it was a great starting point. To create wealth in real estate, you have to start somewhere. And so I’d recommend young people, instead of worrying about getting into a house, maybe think about getting into a townhome or a condo first, gain equity, and then to create wealth, hold on to that asset, go buy something else that’s a little bit bigger.

During my first 10 or 15 years, I would move from house to house every two or three years because my needs were different. Real estate is still one of the few assets that somebody can get into with a relatively simple down payment and be able to live in and enjoy.

What role does inflation play in the housing market?

When I first started in real estate in 1977, we were in an inflationary time until about 1980. Historically, what happens is values increase during those periods. So you could buy a home in January because of inflation, sell it in December, and have enough equity.

But right now, we have high interest rates at the same time. So it’s another anomaly. The last two years, to be honest with you, have been anomalies because the market didn’t start to change until March, when interest rates went up.

One of the benefits of buying now, even though interest rates may be higher, is that as prices drop, you can refinance your mortgage. And when that happens, you will get the benefit of that drop in prices, too. So for buyers, it’s an opportunity.

We’re also seeing people get out of the stock market and into real estate.