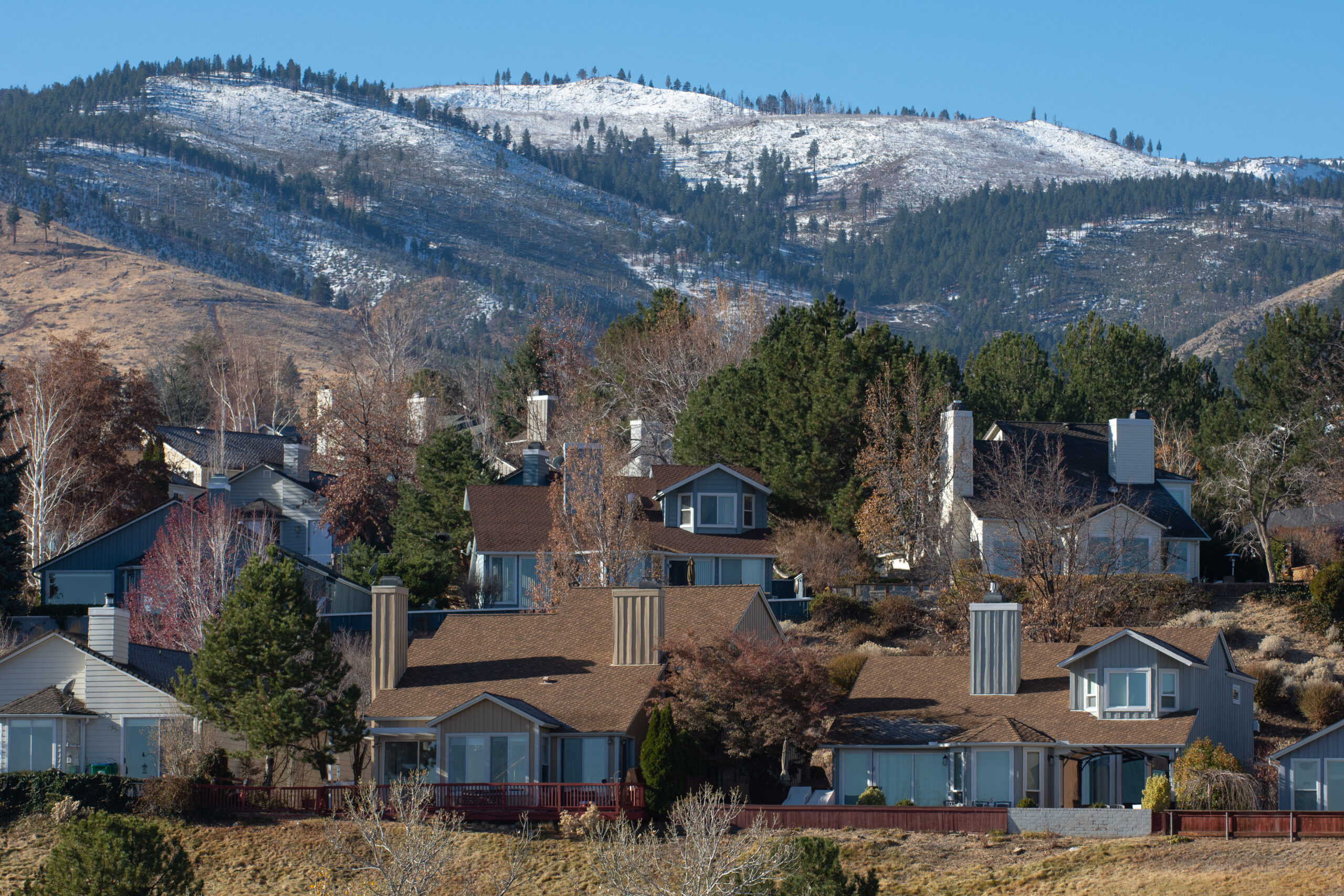 Sixty-nine percent of respondents also said they would support the addition of more shelter and bed space as the state’s unsheltered population continues to grow.

The poll results should not be surprising, said Mike Noble, chief of research and managing partner of OH Predictive Insights. He said that in Arizona, Nevada and Utah — states that historically have had lower housing prices — housing costs are becoming out of reach for residents, especially in the wake of the pandemic, which devastated incomes for blue-collar workers.

“Affordability as a local [issue], it’s becoming quite the pain point,” Noble said. “I think any solution is a good solution right now in voters’ minds due to the rising costs that everyone’s seen between housing costs or purchase or rent.”

Rental prices in Nevada have grown by double digits since 2020. The Nevada State Apartment Association reported that as of the end of March, the average asking rent was $1,451 a month in Southern Nevada and $1,513 in Northern Nevada across all apartment types, a 34 percent increase and nearly 24 percent increase compared with prices two years ago, respectively.

Noble attributed the strong support across party lines for providing more beds and shelters for Nevada’s unsheltered population to the accelerating housing crisis.

The poll sampled 748 registered voters in Nevada via an online opt-in survey. The breakdown of respondents’ party affiliation closely mirrored statewide registration totals, with 30 percent of respondents identifying as Republican, 35 percent as Democrat and 34 percent as nonpartisans not aligned with either major party. The poll had a 4.4 percent margin of error.

Separated by region, residents of Washoe and Clark counties indicated higher levels of support for rent control (68 percent Washoe, 66 percent Clark) and the addition of more shelter and bed space (60 percent Washoe, 73 percent Clark) than those in rural counties. Still, 53 percent of rural respondents said they would support rent control as a potential solution to the housing crisis, and 55 percent indicated support for increased government-provided shelter and bed space.

Though younger generations between the ages of 18 and 54 overwhelmingly supported rent control policies (71 percent), those older than 55 indicated less support for the measure (57 percent). Out of those aged 55 or older, Democrats indicated the most support (83 percent) for rent control followed by Republicans (45 percent) and nonpartisans (43 percent). People with lower levels of educational attainment also were more likely to support rent control.

Noble pointed to the lack of wage increases as a driving force behind younger people and those with lower incomes supporting rent control measures.

“They’re going to be more adversely impacted with the increases because they have less of an ability to really combat it, compared to folks that have higher incomes or have more job availability or that have been longer in life,” he said. “Typically, the longer you’ve been around, you’re able to make more money on average.”

Results from the poll follow calls from the Clark County Commission urging state lawmakers to take action on rising rents, given that local governments do not have explicit permission to implement policies such as a rent control law.

But Gov. Steve Sisolak told reporters in March that, based on his understanding, local governments already have some authority to implement rent stabilization measures.

“We cannot have rents continuing to spiral like they’re spiraling,” he said. “We are working with our local jurisdictions. I will continue to communicate with legislative leadership to make sure that they’re on the same page, in terms of coming up with a plan moving forward. Again, this is something we need to put a lot of thought into.”

Earlier this week, the state launched a $250 million “Home Means Nevada” affordable housing investment initiative in a southwest Las Vegas neighborhood. At the event, Assemblyman Steve Yeager (D-Las Vegas) said a lot of work needs to be done to address Nevada’s housing crisis, but it is unlikely lawmakers will hold a special legislative session for that purpose in the near future.

“I don't think it's likely that we will have a special session, but never say never,” Yeager said. “We definitely have a lot of work to do between now and the next session to figure out what are the solutions when it comes to housing.”