Inside the Indy: How we report on the energy transition and mining 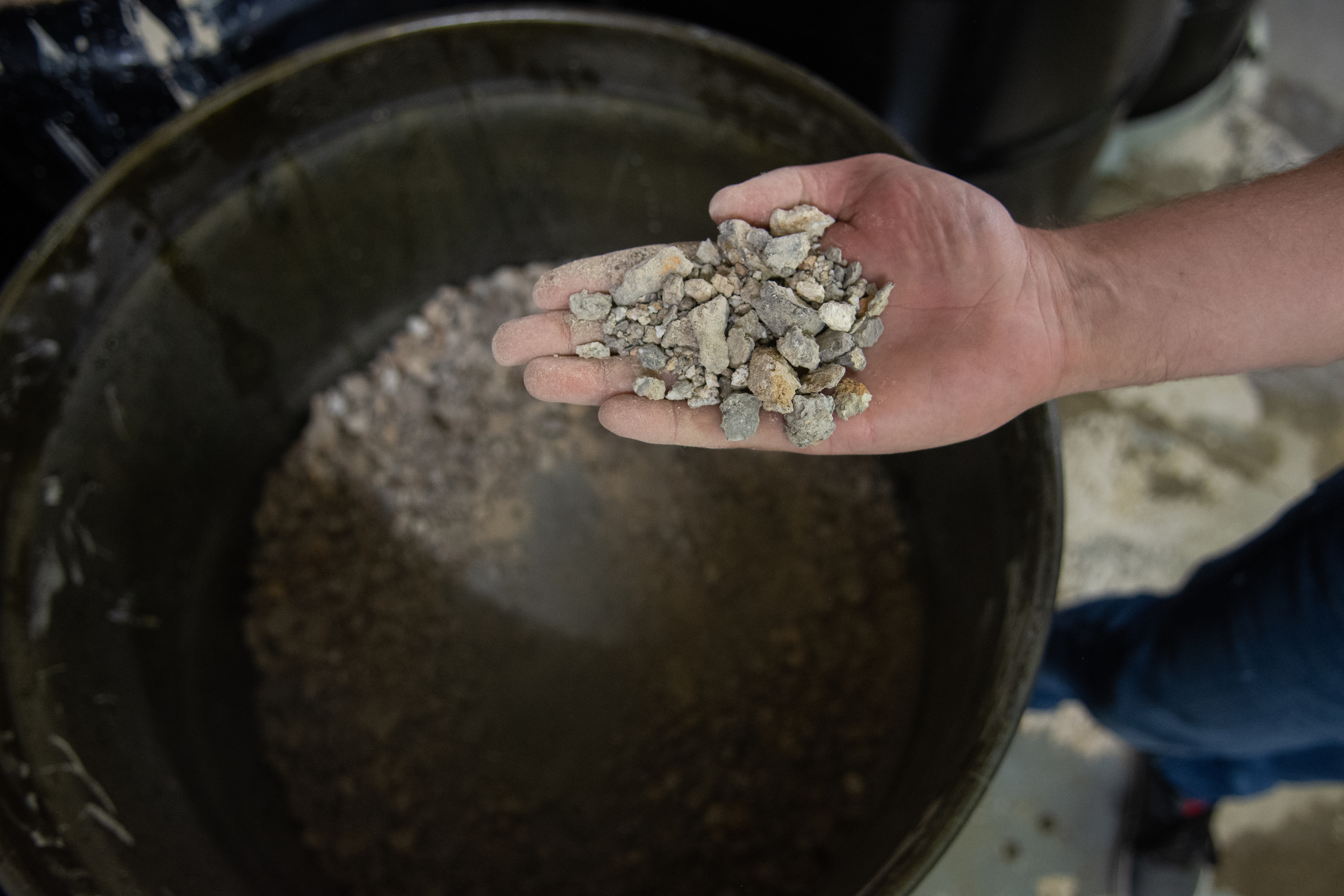 At The Nevada Independent, one of our core principles is transparency. Part of our mission is letting our readers see what goes into our reporting process. That's why we are republishing this essay by environmental reporter Daniel Rothberg, which he wrote for the most recent edition of the Investigative Reporters & Editors Journal, a quarterly magazine from the national professional organization focused on accountability reporting.

IRE Journal asked Daniel to share his process and tips for reporting on mining in the West, specifically focusing on his reporting last year about the planned Thacker Pass lithium mine in Humboldt County. This story was primarily written as a resource for other journalists, but we hope it will give all of our readers a glimpse into what kind of work goes into our long-form investigative journalism.

As global economies work to transition away from coal and combustion engines, governments and businesses are increasingly turning to renewables, battery packs and electric vehicles. The efforts are central in most plans seeking to rapidly decarbonize and avoid the most disastrous effects of climate change. Yet, the energy transition does not come without its costs.

The transition is increasing demand for key battery ingredients — minerals like lithium, copper and cobalt — and driving a push to open new mines across the globe. When it comes to lithium, one of the most important and in-demand battery materials, Nevada is front and center in what some are describing as a “white gold rush” (when lithium is processed, it looks like white sand).

Nevada’s history with mining is lengthy, complicated and often fraught. For local communities, mining has brought jobs, buoying the small rural towns where most of the mining occurs. But it has also caused disruption, bisecting wildlife habitat, consuming large amounts of water and leaving behind contaminated sites. The economic fortunes that many promise are not assured or long-term. Mining can be a boom-and-bust industry, dependent on larger market forces and often controlled by executives, many from other countries, with a responsibility to shareholders, not local communities.

It is in this context that a new extraction rush arises in Nevada and other top mining jurisdictions across the American West. Politicians have embraced the opportunity to bring more mines into Nevada, which has sought to capitalize on the energy transition and position itself as a leader in renewable energy. With known deposits of lithium and other key minerals, officials, including the governor, are actively encouraging the development of new extraction operations.

Often lost in the shuffle are the local communities where this new mining would occur. With the state’s political apparatus centered on its big cities — Las Vegas and Reno — the nuanced views of local communities can be drowned out in the discussion at the state and national level, where decisions are made about permitting mines. Of the many divides in theU.S. today, the gulf between the mineral supply chain and the products we consume is one of the largest. For Nevadans who live in the areas touched by extraction, views are complex, far more so than politicians make them out to be: As something wholly good or bad.

At The Nevada Independent, we believe it’s our job to bridge this divide — to explain to readers, disconnected from these remote communities, about what is happening on the ground. Over the last few years, I’ve been focused on this divide. As I’ve continued to follow the state’s gold industry (still responsible for most of Nevada’s mining), I’ve been focused more on how the new rush for minerals, spurred by the energy transition, is affecting local communities.

Last year, I wrote an in-depth feature about the communities in and around Thacker Pass, the site of a proposed open-pit lithium mine near the Nevada-Oregon border and a sacred site to elders of the Fort McDermitt Paiute Shoshone Tribe. I’d been watching the mine development and permitting for months, and I faced several challenges in reporting this story. Sourcing the story took several months and required building trust within the community.

In many ways, the same reporting techniques I’ve used to write about other types of extraction issues, I applied to this story, sifting through public documents, digging into technical geologic reports and conducting lengthy interviews. But there was a difference, too. The rhetoric around the mine was imbued with language about the national and global imperative to transition away from fossil fuels. Everyone I interviewed was aware of this, and often, I found myself feeling as though I was taking testimony amid the climate crisis.

Each person we talked to shared with us a different reason for opposing the mine — or supporting it. Some felt their land and community was being sacrificed for “the greater good,” that they were being forgotten and left behind. They felt there was hypocrisy that their rural communities had to bear the burden of fixing the tailpipe emissions spewed out in big cities. Others felt proud that Nevada — that their small community — could be at the forefront of a national effort to create a new power supply. To me and others I interviewed, the tensions felt similar to the communities with economies tied to coal mining or oil and gas extraction. That parallel stuck with me as I started to think about how to write this story.

After each interview and as I prepared to write, it took me time to synthesize the information in a way that was fair and accurate. I sought advice from other reporters and drew on experience I had writing about mining and energy in other contexts. Here are a few of the tips that helped me write this story and other stories about mining, the energy transition and frontline communities.

Study the history of where you are. As electric cars and renewables drive demand for lithium and other minerals, many companies are staking claims in areas and near communities that have a long history with mining. Understanding how that has informed the political, social and economic history of a place is an important starting point for any story. Befriend your local librarian. They will gladly point you in the right direction. Search a library’s special collections for photos, papers and oral histories. You can even do something as simple as look at your atlas. Maps often document past mines.

In this process, be humble. It’s easy to make assumptions. Don’t do it. Continue to learn about the past as you conduct your interviews. Just because you think you know an area does not mean you know the generational histories of those you interview: How one specific person arrived at one specific place and point in time.

Last year, Pope Francis said we need more journalists who “wear out the soles of their shoes.” That phrase resonated with me, and it is one of the primary tips that I come back to whenI’m stuck on a big story. Make journalism as active as possible. A lot of research and sourcing can be done from behind a screen. But there are few replacements for going to a place in person and talking to people on the ground. This has been more difficult to do with COVID-19. But when it is safe to do so, try to spend multiple days in the towns that you are writing about. Go to community meetings. Talk to everyone. Understand the area’s rhythm.

Let the reporting play out

You don’t have to go into every reporting trip with a schedule. Yes, it might feel risky to have only a few interviews planned. But be flexible. In all likelihood, you will find out about sources while you are on the ground. One source will introduce you to another source, and your source list will compound. You might hear about issues that you did not know existed — that were missed in other documents — if you keep your ear to the ground while you are out in the field. While reporting on Thacker Pass, I heard about a town meeting concerning the mine. When I went to the meeting a few days later,I found out about concerns with traffic and a proposal to relocate the local school, concerns that previously had gone unreported.

Take a “whole of government” approach

In the U.S., many agencies are involved in mine permitting. There are state and federal natural resource agencies. Transportation agencies are often involved, as are federal land regulators with the U.S. Bureau of Land Management. Then there are governmental agencies who are involved tangentially. Local governmental bodies and state economic arms often boost mine development. Make sure to consider all of these sources.See what they are saying about the mine. Where are the pressure points? Are they under any lobbying efforts? How does the “official” rhetoric compare to what you’re hearing on the ground?

Shortcuts make long delays: Don’t rush the reporting. I was fortunate to have two editors who supported my work and gave me the time I needed for multiple reporting trips. We have a saying in our newsroom: “No story before it’s time.” But, in the past, I’ve worked in situations where my editors prioritized a quick turnaround. Make the case for taking the time you need.I have found that editors will be amenable if you present a plan and show them how you plan to stay on track. Waiting can make all of the difference. It can be hard to do. On social media, it often feels like there is demand for a story this very second or else... I felt this pressure working on the Thacker Pass piece, as other local and national reporters were publishing stories while I was still working on mine. But a good story that comes out after others have written about a topic is better than a mediocre story that contributes nothing new to the narrative or the conversation. As long as your story is deeply re-ported, waiting will pay off, even as other publications are circling the topic.