In regent races, some candidates face questions about conflicts of interest 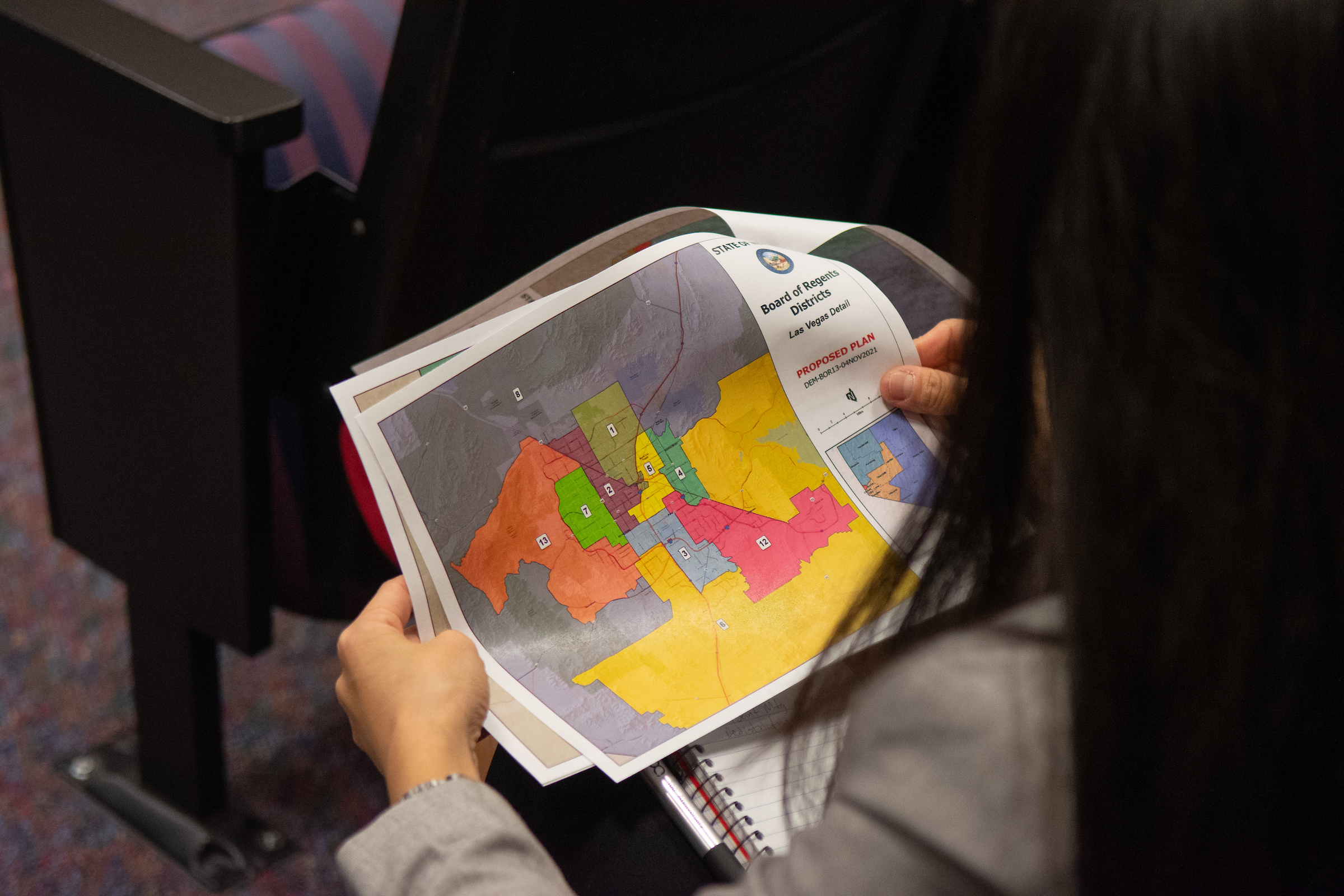 Amid a turbulent few months for the governing board of the state’s higher education system, multiple candidates have filed to run in every one of the open seats on the Board of Regents.

Like the state Senate, elections for the Board of Regents rotate from cycle to cycle, so not all regents are up for reelection every election year. In 2022, five of the 13 seats will be on the ballot, including Districts 6, 7, 8, 11 and 13.

Longtime Regents Jason Geddes of the Reno-area District 11 and Mark Doubrava of the Las Vegas-area District 7 are termed out. Meanwhile, Regents Cathy McAdoo (District 8) and Patrick Carter (District 6) — both at the center of a workplace dispute investigation spurred by Chancellor Melody Rose — each declined to run again for a six-year term.

Only Regent John T. Moran, first elected to the Las Vegas-area District 13 in 2016, will run for a second term.

Nonpartisan regent elections routinely post comparatively low turnout numbers, as voters are often faced with relatively unknown candidates running for offices they rarely engage with, if at all.

Still, the fields for all but one race are crowded, with two races — Districts 6 and 7 — boasting five candidates and a third, the rural District 8, with a field of six.

That includes several higher-profile candidates, including former Democratic Clark County Commissioner Susan Brager, who represented Commission District F from 2006 to 2018, in District 7; John Gwaltney, who was president of Truckee Meadows Community College from 1986 to 1994, in District 11; and Stephanie Goodman, the former daughter-in-law of Las Vegas Mayor Carolyn Goodman and former mayor Oscar Goodman, in District 13.

With the heightened scrutiny, there has also been a handful of regent candidates who are already employed by the system, either as a faculty member, staffer or administrator.

With that employment comes lingering ethics questions, largely unanswered by the courts, over whether lower-level government employees can serve in elected office.

At the higher education level, the question was last raised in the 1990s, when UNR professor Howard Rosenberg was elected regent in 1996. An ethics commission decision in June 1997 ultimately ruled in Rosenberg’s favor, concluding that he could not only keep his tenured faculty position, but continue to receive annual contracts at UNR — where he would stay employed until 2018.

But dissenting opinions from two members of the ethics board disagreed outright, interpreting state statute as prohibitive of any contract granted by the regents — including those for tenured professors.

That 1997 ethics opinion applies only to Rosenberg’s case, and the election of an NSHE employee to a board seat this election cycle may likely end in another ruling by the state ethics commission.

But at least one such regent candidate sees no issue at hand. John Rice, running in District 8, has worked for decades for Great Basin College. In an email, Rice referenced the Rosenberg case as precedent and told The Nevada Independent that he could not recall a scenario in which sitting as both faculty and as regent would “present a direct conflict of interest.”

“The practice of having professionals in higher education serving as Regents is not uncommon and has been very beneficial to policy making boards like the NSHE Board of Regents,” Rice said.

Correction: 3/22/22 at 10:45 a.m. — Stephanie Goodman is the former daughter-in-law of the Goodman family. An earlier version of this article incorrectly identified her as a current daughter-in-law.