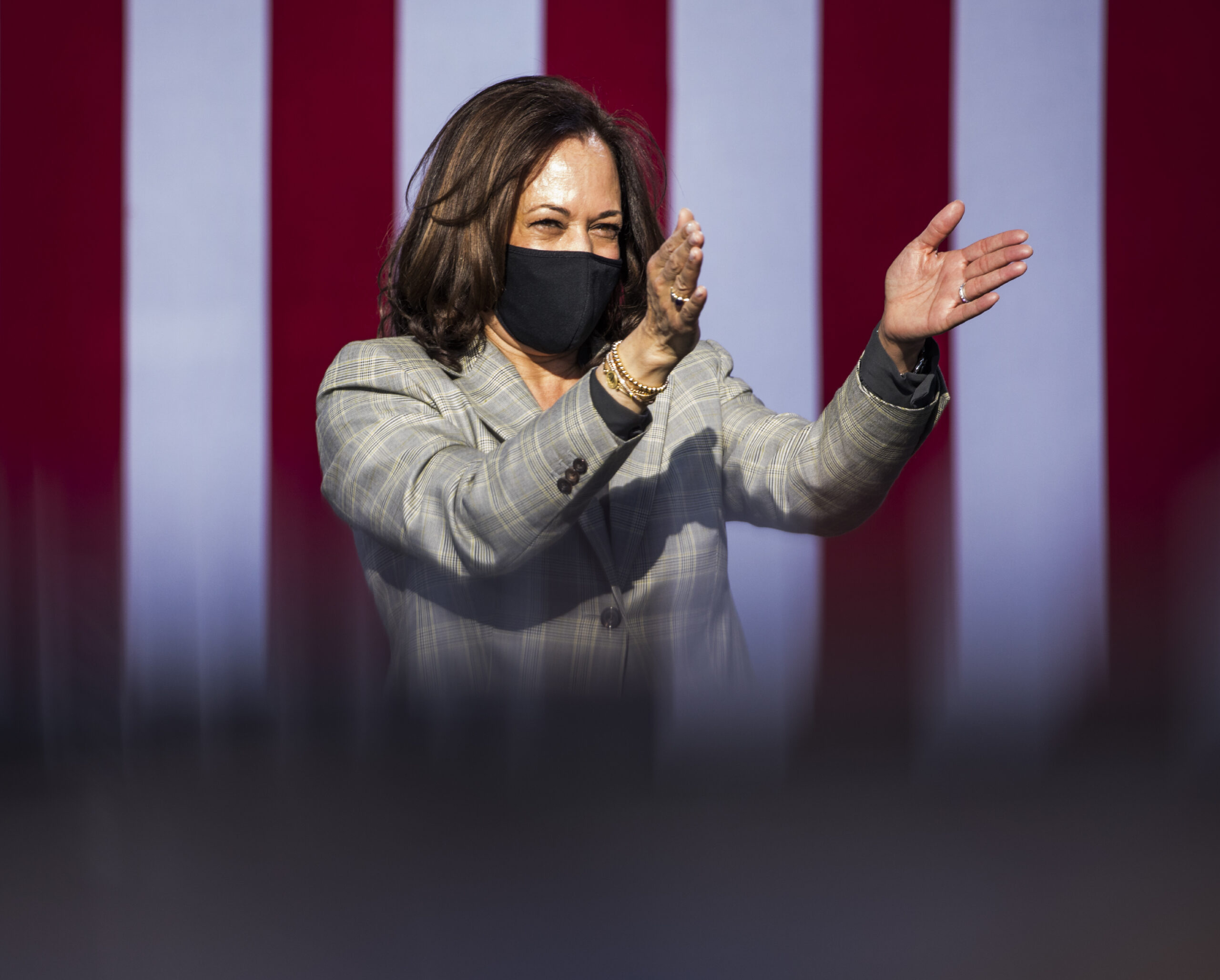 The news of President Donald Trump’s diagnosis with coronavirus threatened to swallow a campaign visit from Democratic Vice Presidential nominee Kamala Harris Friday as the California senator sought to energize Nevada voters with an impromptu drive-in rally in Las Vegas.

On an uncharacteristically sweltering October day, Harris and a handful of Nevada Democrats, including Gov. Steve Sisolak and Rep. Dina Titus, rallied roughly 95 assembled cars at a UNLV parking lot, all of the vehicles adorned with some variety of “Biden-Harris” signage, red-and-blue streamers or soap-slogans like “Ridin’ with Biden.”

Though she did wish the president a speedy recovery in a Friday-morning tweet, Harris’ Las Vegas speech avoided remarking on the president’s condition, which appeared unclear Friday afternoon as he was whisked to Walter Reed Medical Center following the administration of an experimental antibody treatment.

Instead, she focused on hyping the 2020 election — as Biden often has — as a fight “for the soul of our nation.”

Harris also took aim at efforts by Trump and other Republicans to cast doubt on the eventual result of November’s election, saying in part that the election wasn’t just about voting, it was about “knowing what’s at stake.”

Still, discussion of Trump’s COVID-diagnosis was not absent from Friday’s drive-in rally. Titus raised the president’s name in her own remarks, wishing him and First Lady Melania Trump a speedy recovery and noting that the news came as a stark reminder to continue wearing masks and socially distance.

Trump’s diagnosis has rapidly upended the presidential race, raising questions over just how the Biden campaign should continue to operate, especially in light of the vice president’s possible exposure to the virus during the first presidential debate earlier this week.

Though Biden and other Democrats in his orbit, including Harris, have so-far tested negative for the virus, the campaign moved to pull any negative advertising from the airwaves on Friday afternoon, not long after the White House announced Trump would spend at least several days at the hospital.

The Biden campaign's schedule has otherwise continued unimpeded, with events in Michigan and Nevada continuing as originally planned, and travel to Arizona this weekend remaining on the campaign’s schedule.

Harris will next head to Salt Lake City, Utah ahead of next week’s vice presidential debate.