In Southern Nevada’s endless water crisis, we’re well past the time to be lawn gone 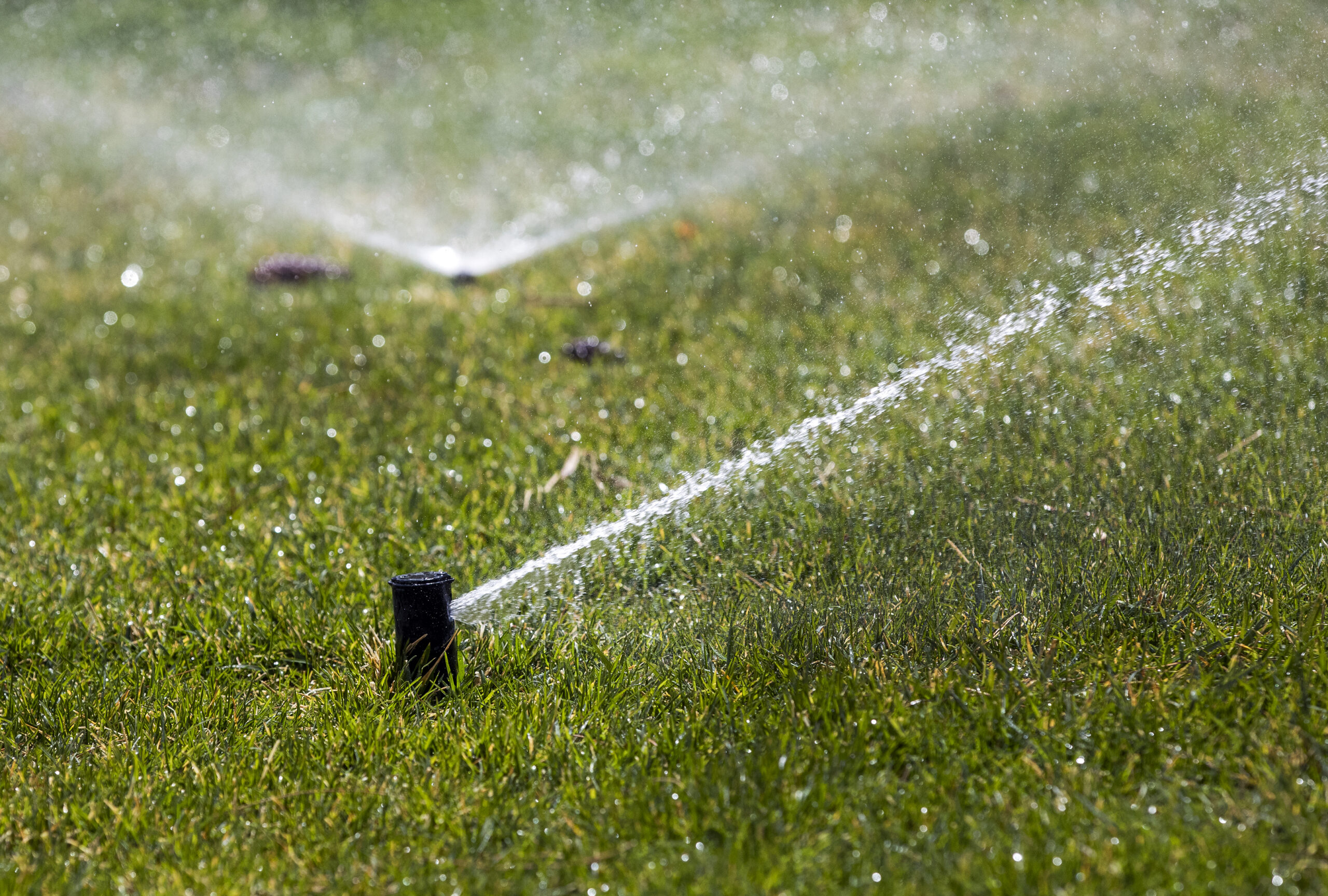 The front lawn came with the house we moved into a couple years ago.

The patch of Bermudagrass was smaller than an average putting green and easy to mow. The splash of deep green was cute as far as that goes, but it was out of place on a street that had largely made the transition to colored rock and water-smart landscaping.

Beyond the postcard aesthetics, it made zero sense to continue to water a lawn in the desert. Setting aside the politics of climate change and our arid land with its endless water crisis — a basic definition of “desert” — there were no children at home to play on it. And I could live with the dogs’ disappointment. In short, there was nothing to debate.

Earlier this summer, we had the grass removed and replaced with a mesquite tree and several flowering shrubs that are durable in the desert. It’s all on a drip system and a timer, and I think it looks great. I’ve already given away the lawnmower.

Now it dawns on me that I’ve awakened inside a Southern Nevada Water Authority conservation commercial. I half expect hockey hitman and SNWA water conservation “specialist” Ryan Reeves to slam me into the garage door.

In keeping with that theme, SNWA General Manager John Entsminger’s voice played in a loop in my head this past week after the U.S. Bureau of Reclamation declared its first-ever emergency water shortage declaration, which will reduce the amount of water Southern Nevada will be able to draw from its essential Colorado River source, Lake Mead. The cuts were triggered after years of drought, thinning snowpack and the increased aridification in the West dropped the level of the lake below 1,075 feet.

Nevada, California and Arizona are the states immediately hit, along with Mexico. But there will be more. I’ve heard no credible source predict these conditions will improve.

Now our deficit has a deficit, Lake Mead’s bathtub ring is synonymous with a West in crisis, and everything Entsminger says during an SNWA information video sounds like understatement. Even, “It means we have to seriously step up water conservation.”

He was talking about the seven billion gallons needed to offset the mandated 2022 cut. Replacing nonessential turf with water-smart landscaping, following approved watering schedules, and fixing sprinkler leaks when they occur would result in meeting that daunting multi-billion-gallon goal, he says in a calm voice. After reminding skeptics that single-family homes and their landscape irrigation use far more water than the Strip’s fountains and the region’s golf course, he adds, “If you have grass that serves no recreational value, get rid of it.” And, at last, even more bluntly, “We live in a desert. It’s time to act like it.”

That’s right. This doesn’t mean every tree in Summerlin needs to go, or that Green Valley is turning khaki. At least, not yet. But something’s gotta give.

That seven billion-gallon cut may sound like a lot, but consider the fact that Lake Mead’s water level sits three trillion gallons below capacity and now has set off an alarm for the first time in history. For the Colorado River system as a whole, water storage is at 40 percent of capacity — a drop from 49 percent in a single year in what Reclamation’s Assistant Secretary for Water and Science Tanya Trujillo stated is the result of “unprecedented and accelerating challenges.”

Whether it’s due to an extended drought, climate change, an exceptionally dry spring or a declining snowpack, the Colorado River’s latest annual flow, the Great Basin Water Network’s Executive Director Kyle Roerink reminds me, is less than a third of the 16.5 million acre-feet necessary to meet its obligations.

It’s a key reason his group and a growing number of environmental organizations are challenging the sprawling Southern Nevada Economic Development and Conservation Act, a federal land bill that its advocates call a “blueprint” for a balanced approach to growth in Clark County. One problem, Roerink says, is that no matter how much Southern Nevada conserves its most precious natural resource, political and environmental factors beyond its control threaten to turn that blueprint into a cartoon.

“If everyone were doing as well (at conserving water) as Nevada, I think we could all feel a little bit better,” Roerink says. “But Nevada doesn’t exist in a vacuum as it relates to the river.”

Depleted reservoirs not only spell real trouble in the present, but they may play havoc with development plans in even the near future.

“Our reservoirs are like savings accounts, and what happens when you’re not saving any money and you just keep withdrawing, withdrawing and withdrawing, eventually you’re going to get to the point where you’re overdrafted.”

Roerink lauds the SNWA’s conservation marketing, but calls it part of a “silver buckshot approach” when a silver bullet doesn’t exist. “Unfortunately, all those silver pellets aren’t within our control,” he says. “It’s one river used by seven states, sovereign tribes, and the country of Mexico. This is geopolitics at its finest.”

It’s 2021. It shouldn’t have taken a federal emergency declaration for us to get the message, but I suppose Ryan Reeves can’t be everywhere. We live in a desert, a wise man once said. It’s time to act like it.

It’s probably unrealistic, but I’ll end on an optimistic note.

The front-yard lantana has begun to bloom. Once the mesquite tree fills out, there will be a touch more shade in a sunbaked land.