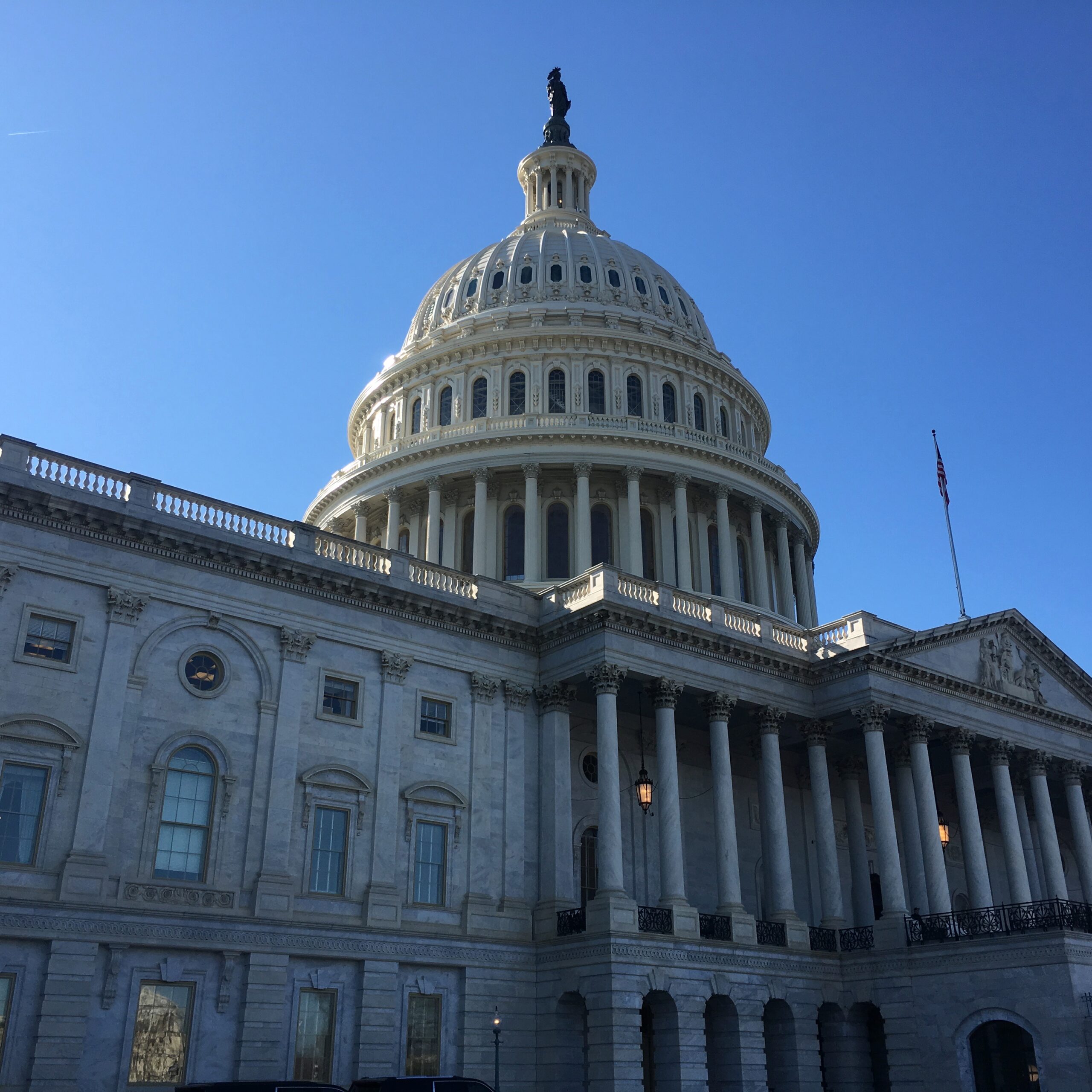 Nevada’s congressional Democrats managed to marshal their allies to defeat an effort to hold a vote to fund the licensing of a nuclear waste repository at Yucca Mountain as part of House consideration of a package of four appropriations bills that includes funding for the Department of Energy.

“I want to thank Democrats on the House Rules Committee for standing with Nevadans and voting against yet another attempt to force the nation’s nuclear waste into Nevada,” Rep. Steven Horsford said in a release. “As the House continues consideration of appropriations bills, I will continue fighting to keep Nevadans safe and stop any effort to make Nevada the nation’s nuclear dumping ground.”

Nevada Democrats have a key ally in Speaker Nancy Pelosi, who has tended to oppose the Yucca project over the years. The House Rules Committee, which is known as the speaker’s committee because it is the mechanism that the speaker uses to maintain control of the House floor, decides what amendments can be offered to legislation the House takes up.

On Tuesday evening, the panel cast a 7 to 4 party-line vote against allowing the amendment to be offered.

Put forth by Illinois Republican Rep. John Shimkus, a longtime supporter of building Yucca, the proposal would have provided $15 million to restart the licensing of the project.

“This amendment would start us moving back to the process of how we do resolve our nuclear waste liabilities and responsibilities,” Shimkus told the panel before the vote.

Also speaking in favor of the amendment was Oklahoma Republican Tom Cole, ranking member of the Rules Committee and Idaho Republican Rep. Mike Simpson, who is the top GOP member of the House Appropriations Committee’s Energy and Water Subcommittee, which oversees DOE’s budget.

But getting the green light for a vote on the amendment was always going to be a long shot given that House Appropriations last month rejected a proposal from Simpson to provide about $74 million to continue the licensing process.

The week ended with a hearing on nuclear waste storage where Yucca was a featured topic of discussion.

At the hearing, convened by the House Energy and Commerce Committee’s Environment and Climate Change Subcommittee, Robert Halstead, executive director of the Nevada Agency for Nuclear Projects, argued against the project and legislation (H.R 2699) sponsored by Shimkus to restart the licensing process.

“The State of Nevada opposes H.R. 2699 because it ignores the facts about Yucca Mountain,” Halstead told the panel. “The site is unsuitable for a geologic repository because of its geology and hydrology, its proximity to military aircraft training and testing facilities, and its distance from existing mainline railroads. DOE’s license application submitted to the NRC in 2008 cannot overcome the deficiencies of the site.”

Lawmakers were critical of the DOE and Missouri Republican Rep. Billy Long suggested that the Gordian knot with Nevada over Yucca could possibly be untangled if DOE was not the lead agency.

After the hearing, Halstead said that changing agencies would not address the problems with the site. He also noted that the most important issue for the state would be for Congress to pass legislation giving Nevada and local governments veto power over the project as proposed in the Nuclear Waste Informed Consent Act introduced by Nevada congressional Democrats.

“If [Congress is] willing to adopt the Nuclear Waste Informed Consent Act, or its equivalent with different language, then that would open the door to have a discussion with Nevada,” Halstead said.

Meanwhile, on the House floor, the chamber voted on 70 amendments to the $982.8 billion spending package over two days last week, including a measure offered by Rep. Susie Lee that would increase funding for graduate medical education slots and would be offset by funding for the Office of the Secretary of Education’s departmental fund.

The amendment, which was approved 365-54 with all members of the delegation voting for the proposal, is designed to help address the shortage of doctors in the state.

“With this funding, hospitals and facilities will be able to take on more medical school graduates for residencies and internships,” Lee said in a release. “Where doctors complete their residency is where they lay down their roots and begin their career.”

The vote came after Nevada ranked 48th in the nation for overall health care in a 2019 scorecard released by the Commonwealth Fund.

Funding in the spending package is likely to change as congressional leaders intend to negotiate a deal with the White House to ensure that automatic spending cuts set to kick in at the beginning are avoided.

The White House threatened to veto the package over its level of funding and the reversal of some administration priorities, including a rule that went into effect earlier last month, which prohibits medical facilities that receive Title X federal family planning funding from counseling and referring for abortion.

For the moment, the package includes funding for $690.2 billion for the Department of Defense which is an increase of $15.8 billion more than the fiscal year 2019 enacted level, and $8 billion less than the president’s budget request.

The bill would also fund energy and water programs at $46.4 billion, an increase of $1.8 billion, or 4 percent, above the fiscal year 2019 enacted level. That funding includes  $37.1 billion for DOE and $1.65 billion for the Department of Interior.

Sen. Catherine Cortez Masto took part in a hearing on wildfires held by the Senate Energy and Natural Resources Committee at which she raised concerns about whether rangeland fires are getting enough funding from federal agencies compared with forest land.

“The federal wildfire funding has primarily focused on forest land and not rangeland fires despite the fact...that the Great Basin range has led the nation in acres burned for the second year in a row, totaling 2.1 million acres burned in 2018. That’s 233 percent above its 10 year average,” she said. “Furthermore, nearly 75 percent of all acres burned during the past two decades were on rangeland, not forest.”

She said forest and rangeland fires should not have to compete for funds. “There should be enough resources for everyone,” she said.

Cortez Masto also noted that there needs to be better coordination between ranchers and users of the federal and private lands with federal authorities to report and fight fires. She plans to hold roundtables in the state with ranchers and other as well as the Interior Department and Forest Service to improve “incident command,” which is the management system used to direct all operations at the incident scene.

At a hearing on universal health care, Horsford praised the Nevada Assembly for passing legislation to study the feasibility of establishing a public health insurance program by allowing Nevadans to buy into the state Public Employees’ Benefits Program.

“States learn from each other and the federal government and Congress also learn from states,” said Chiquita Brooks-LaSure, managing director at Manatt Health Strategies, when asked by Horsford about the value of the legislation.

Horsford was also critical of the GOP for not offering a proposal and declares his “support for universal health care.”

“Health care is a right not a privilege. I wish that my colleagues would join us in that endeavor, so we can actually provide coverage for the American people,” he said.

All Democratic members of the delegation voted for a resolution to allow House Judiciary Committee Chairman Jerry Nadler of New York to go to court for documents with regard to Attorney General William Barr and former White House Counsel Don McGahn in its investigation following the release of the report on Russian meddling in the 2016 election by Special Counsel Robert Mueller.

“You didn't have to listen too closely to Bob Mueller to understand that he believed that there was much more to be found or to miss the fact that he said: ‘Congress, do your duty. Make sure the American people know the facts,’” said House Majority Leader Steny Hoyer before the vote Tuesday. “The American people deserve to know whether the President or anyone in his Administration or inner circle of confidence were involved in trying to cover it up.”

Rep. Dina Titus had sharp words for Kellyanne Conway after the Office of Special Counsel, which policies the civil service, recommended that the White House counselor be removed for repeatedly violating the Hatch Act.

“Just like her boss, Kellyanne Conway has shown a complete disregard for the law,” Titus said in a release. “She does not deserve the honor of working in the White House.”

The act is designed to keep officeholders and federal workers from engaging in political activity in the course of doing their jobs.

“On May 31, 2019, the DHS OIG published a report...which detailed findings of overcrowding at PDT so severe that in some cases it created standing-room-only conditions for migrants for weeks,” the letter said. “We believe DHS must take immediate action to address this critical health and safety issue and other humanitarian conditions that threaten vulnerable populations, especially children. These are human lives at stake, and you must do more to ensure that personnel are properly trained and DHS operations respect human life and dignity.”

Updated June 20, 1:17 p.m. to reflect that the spending package consists of four of the annual appropriations bills.