Indy Environment: Natural gas contributes to Nevada's emissions, and a fight over what to do about it is looming 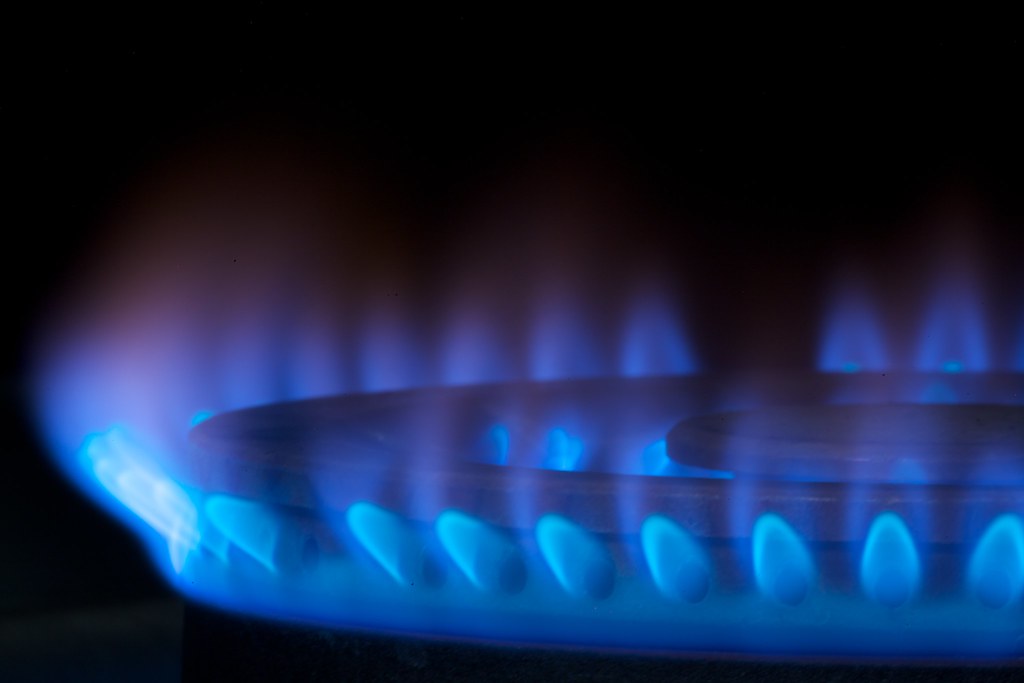 Last year, Gov. Steve Sisolak signed an executive order instructing state agencies to implement SB254, legislation requiring an annual report on fossil fuel emissions. Each report, according to the legislation, must include a list of policies aimed at reducing greenhouse gas emissions.

The agencies are scheduled to send the first report to Sisolak by Dec. 1, and climate activists, policymakers and businesses across the state are paying close attention to the drafting process.

For years, Nevada’s fossil fuel reduction efforts have primarily focused on cutting emissions in the electric sector. In recent years, attention has shifted to transportation. But another emissions source is starting to come under increased scrutiny: natural gas use in homes and businesses.

Since September, state officials have hosted listening sessions to gather input on what should be included in the state’s strategy for meeting a zero or near-zero greenhouse gas emissions target by 2050. At a listening session last week, the tension over natural gas was on display.

Environmentalists stressed the need to transition away from natural gas and toward increased electrification in homes and businesses. Residential and commercial emissions accounted for about 10 percent of the state’s total greenhouse gas emissions, according to a state report.

“What’s the first rule for getting out of a hole? Stop digging,” Dylan Sullivan, a senior scientist with the Natural Resources Defense Council, said during the meeting last week. “Nevada’s law currently favors natural gas expansion, asking very little of gas companies before they make huge pipeline investments that will have to be paid off by Nevadans for decades to come.”

Sullivan and other environmentalists said they are not advocating for a ban on current gas use, rather a transition. They want the state and regulators to consider the climate effects of natural gas use and whether it is prudent to continue making investments borne by utility ratepayers.

“Policies that have been proposed that move away from the direct use of natural gas in homes and businesses we feel are premature and problematic for many reasons,” Scott Leedom, the utility’s director of public affairs, said last week, saying that a transition could be costly.

And the utility came to the meeting with some support. Both the Latin Chamber of Commerce and AARP Nevada raised economic concerns about how proposals affect jobs and ratepayers.

But Elspeth DiMarzio, a senior campaign representative with the Sierra Club’s Beyond Coal Campaign, said the focus right now is not on a ban. It is on adding regulatory oversight and providing consumer choice in a way that she said would ultimately benefit utility ratepayers.

“The first step is giving customers a choice,” said DiMarzio.

She said gas should not be the default option. Consumers, she said, should be able to choose whether to have electric or natural gas appliances. And regulators should weigh both options.

Not only is this tension over natural gas use playing out in drafting the state’s climate plan, the utility and environmental groups are gearing up for the issue to arise in the legislative session.

Leedom, in an interview, said the utility is working with contractors and labor organizations on legislation to create a pipeline replacement program. Such legislation, he argued, could create jobs and lead to reductions in greenhouse gas by replacing pipes more prone to leaks.

That makes some environmental groups wary. Sullivan said an infrastructure expansion could be laying the pipe “to lock Nevada into decades” of a reliance on natural gas use.

In interviews, DiMarzio and Sullivan both stressed that gas utilities do not currently have to go through the same rigorous planning processes that electric utilities must undergo at the Public Utilities Commission of Nevada. They said utility regulators should be required to evaluate natural gas expansions in a way that considers input from the public.

Everyone agrees on one thing: The issue is here, and it’s not going away.

The utility does not plan to sit on the sideline.

Leedom said he wanted the utility to have a “seat at the table” as state officials and others “consider these policies either in the upcoming legislative session or in other sessions.”

NDEP halts asphalt plant: State environmental regulators issued a stop work order for a Carson City asphalt plant after it was cited for several violations, including lack of monitoring. Anne Knowles with the Nevada Appeal reported that the Nevada Division of Environmental Protection’s decision to shut down emission units at the asphalt plant came after complaints from Mound House residents that the facility emitted smoke and odorous air. In recent years, the division has assessed fines and repeatedly cited the asphalt plant for violations.

‘Sitting on’ the National Climate Assessment: A climate scientist at the University of Illinois is concerned that the Trump administration is delaying a mandatory climate report and said the 2020 election is likely playing a role, Scott Waldman reports for E&E News. The scientist, who co-led the fourth National Climate Assessment, said the administration has yet to put out a call for researchers to compile the next climate assessment, due in 2022. The assessment, produced every four years, is a vital tool for policymakers and the public in evaluating the risks posed by climate change.

Judge rules, land agency side steps: A federal judge in Montana ruled in September that the acting director of the U.S. Bureau of Land Management, William Perry Pendley, could not serve in the position because his tenure likely violated the Federal Vacancies Reform Act. Pendley, as with other Trump appointees, was never confirmed by the Senate. How did the agency respond to the ruling? The New York Times’ Lisa Friedman reports that the agency tweaked Pendley’s title at the bureau. And as Jacob Fischler reports for the Nevada Current, the court action could put several agency decisions in jeopardy, including one to approve a massive solar project outside of Las Vegas.

Critical mineral executive order: “Last week President Trump signed an executive order declaring a national emergency and authorizing the use of the Defense Production Act to speed the development of mines. The law was used earlier this year to speed production of medical supplies amid the pandemic,” Alistair MacDonald with the Wall Street Journal reports.

“Root cause analysis:” Three agencies in California have examined the causes of the state’s rolling blackouts during a heat wave that strained energy resources across the West, including in Nevada. Los Angeles Times’ Sammy Roth reports that the preliminary report cast blame on a combination of factors: poor planning, market design and climate change.

Climate change voters: “The number of Americans as a whole who worry about climate change is rising. But the issue is most important to the nation’s youngest and newest voters, who will face worsening consequences of the crisis throughout their lifetimes if emissions aren't significantly addressed,” Erin Stone writes in an excellent Arizona Republic piece on first-time voters and climate change in the battleground state. Also: Pew came out with a new analysis this week on climate change and the election. It found that a majority of registered voters say climate change will be a very or somewhat important issue in the election.

Question 6: My colleagues Riley Snyder and Joey Lovato put together an important explainer on the only renewable energy measure on the ballot this cycle. Question 6, a petition first approved by voters in 2018, would require utilities to have a renewable portfolio of 50 percent by 2030 by generating more renewable energy or purchasing credits. After the first passage of the ballot initiative, the Legislature adopted a similar standard in 2019. Still, the measure would put an increased renewable standard in the Nevada Constitution. As a result, it must be voted on a second time.

IndyFest: Over the weekend, we hosted our first annual IndyFest, a daylong virtual event on a wide range of political and policy topics. I moderated a panel looking at what we know and how we can plan for the effects of climate change on water across the state. If you missed the event, all of the IndyFest panels are available for purchase online with sales supporting our journalism.