Indy Environment: Cave samples could offer a glimpse into a 'worst case' scenario for climate change. A UNLV researcher says it should be a call to action. 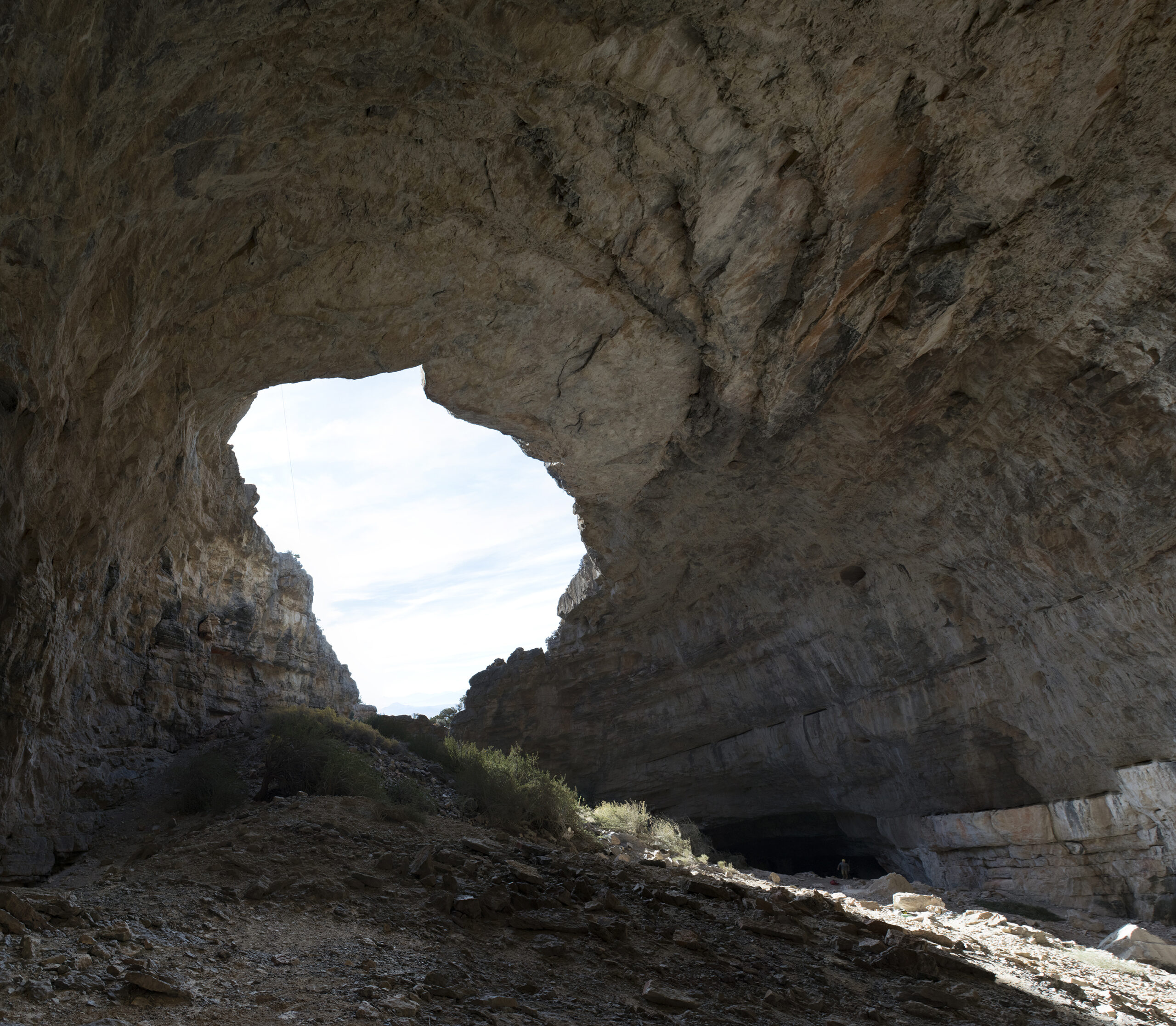 Earlier this year, researchers published a 13,000-year climate history for the Great Basin.

What it found was a pronounced period of aridity that one UNLV researcher says could help us better understand what a “worst case” scenario might look like for a continually warming planet.

Samples from Leviathan Cave in the Basin and Range National Monument revealed a stretch of time in the middle of the Holocene, the current geologic epoch, marked by significant heat and aridity — and that was without humans emitting fossil fuels, changing Earth’s climate controls.

Matt Lachniet, who chairs the UNLV geoscience department and co-authored a paper on the 13,000-year record, said the finding “tells us that even without humans pushing the system, it can get drier in the Great Basin than it is today. That by itself should give people pause.”

As water drips through a cave, stalagmites form. Scientists can use the chemical traces left by these records to recreate a model of temperature and aridity over millennia. The records are valuable because they offer a broader picture of a region’s climate history than other types of records. (Reliable tree ring data, for instance, dates back about 1,200 years, Lachniet said).

The study also showed that the warm and dry period, identified by the records, coincided with a loss of sea ice. This concerns Lachniet because a similar scenario could be playing out today, as human-caused climate change causes sea ice loss in the Arctic.

“Our paper was able to demonstrate that this warm and dry interval in the Great Basin and the Southwest was also associated with conditions of low sea ice in the Arctic,” Lachniet said.

State and local governments often look at planning on a short horizon — in decades, not centuries. That makes it difficult to incorporate paleoclimate data that looks at millennia. Still, Lachniet says the data becomes useful for planning out more than 100 years into the future, and it should be considered in long-term planning for climate change.

Lachniet is concerned that current records, such as tree ring data, might underplay the severity of what climate change could bring for the Great Basin and much of the Southwest. Records going back only 1,000, or at most 2,000 years, he said, are still looking at a fairly wet period — at least compared to the hot and dry period identified in the more expansive 13,000 year climate history.

"The worst-case scenarios are actually worse than originally envisioned,” he said.

‘This project gives me hope:’ That’s how Paul Souza, regional director for the U.S. Fish and Wildlife Service, described the completion of a fish pathway to help threatened Lahontan cutthroat trout reach their spawning grounds upstream of Derby Dam, which sits east of Reno.

On Wednesday, U.S. Bureau of Reclamation Commissioner Brenda Burman opened a $34 million fish screen at the dam, which diverts the Truckee River to agricultural fields in Fallon through a man-made canal. The effort is part of a decades-long struggle to restore wildlife and riparian habitat in a watershed manipulated by Derby Dam, the first federal irrigation project.

Anthony Sampson, the chairman of the Pyramid Lake Paiute Tribe, said that “we have to be vigilant” in protecting natural resources and Pyramid Lake, the terminus of the Truckee River.

The fish screen, the largest completed by the federal government, was designed by the Farmers Conservation Alliance, a nonprofit that has helped install fish passages in dams across the West.

Judge ousts top public land official: A federal judge ruled Friday that William Perry Pendley cannot serve as the temporary head of the U.S. Bureau of Land Management because he had not been confirmed by the Senate, NPR’s Kirk Siegler reports. Although the agency is appealing the ruling, the decision called into question the validity of many decisions made under Pendley’s tenure. The decision, if it stands, could have major ramifications for Nevada, where the bureau controls about 67 percent of the state’s land.

Tiehm’s buckwheat goes to court: The Center for Biological Diversity sued the Department of Interior on Tuesday in an effort to seek emergency protections for the Tiehm’s buckwheat, a rare wildflower that’s only known habitat stretches across 10 acres of land in Nevada. In September, more than 40 percent of the plant’s global population was reported destroyed.

Blake Apgar with the Las Vegas Review Journal reports that the state is expected to complete its investigation into what happened in two to three weeks. State officials and a mining company that wants to develop in an area that includes the buckwheat habitat have stated publicly that the population loss was likely caused by herbivores. But numerous botanists and mammologists have said the damage appears to be inconsistent with rodents and was more likely caused by human activity.

Non-disclosure on public land: Eureka County is requesting an open meeting law exemption to discuss environmental assessments as a cooperative agency, the AP’s Sam Metz reported last week. What struck me was why the county is asking for the exemption.

According to the article, “agencies like the Bureau of Land Management that oversee public land in Eureka County require local governments to sign non-disclosure agreements if they want to participate in drafting environmental reviews.” Patrick File, with UNR’s J-school, raises good questions.

A 6-3 Supreme Court: Not too much is known about Supreme Court nominee Amy Coney Barrett’s environmental record. But as Joseph Winters reports for Grist, Barrett is expected to narrowly interpret environmental legislation, like the Clean Water Act, and who gets standing to bring lawsuits.

Wildfire mitigation: A number of factors drive fire behavior, and taken together, climate change is contributing to more extreme and larger fires across the West. The water cycle and weather all play a role. But a big variable is the availability of combustible vegetation and material on the ground. Fire managers generally refer to this as the “fuel load.” As a result, fire reduction efforts often focus on reducing the fuel load.

One method is grazing, and across the West, fire managers have turned to sheep and goats to help clear vegetation in targeted areas. My colleagues Riley Snyder and Joey Lovato report that NV Energy is taking a similar approach near Lake Tahoe.

Bi-state grouse lawsuit: “The U.S. Fish and Wildlife Service has again withdrawn its proposal to list bi-state sage-grouse as 'threatened' under the Endangered Species Act despite the birds’ population shrinking in half over the past 150 years, according to a lawsuit filed in a California federal court,” Maya Earls reports for Bloomberg Law. “The agency’s action violates the act and is arbitrary and capricious under the Administrative Procedure Act, environmental groups say in their lawsuit filed Tuesday in the U.S. District Court for the Northern District of California."

Coming up: Now that the Nevada Supreme Court has weighed in on the public trust doctrine and water, a case about restoring Walker Lake is going back to the 9th Circuit. What to watch: The appellate court ruled that it would accept briefs addressing the Supreme Court’s decision.