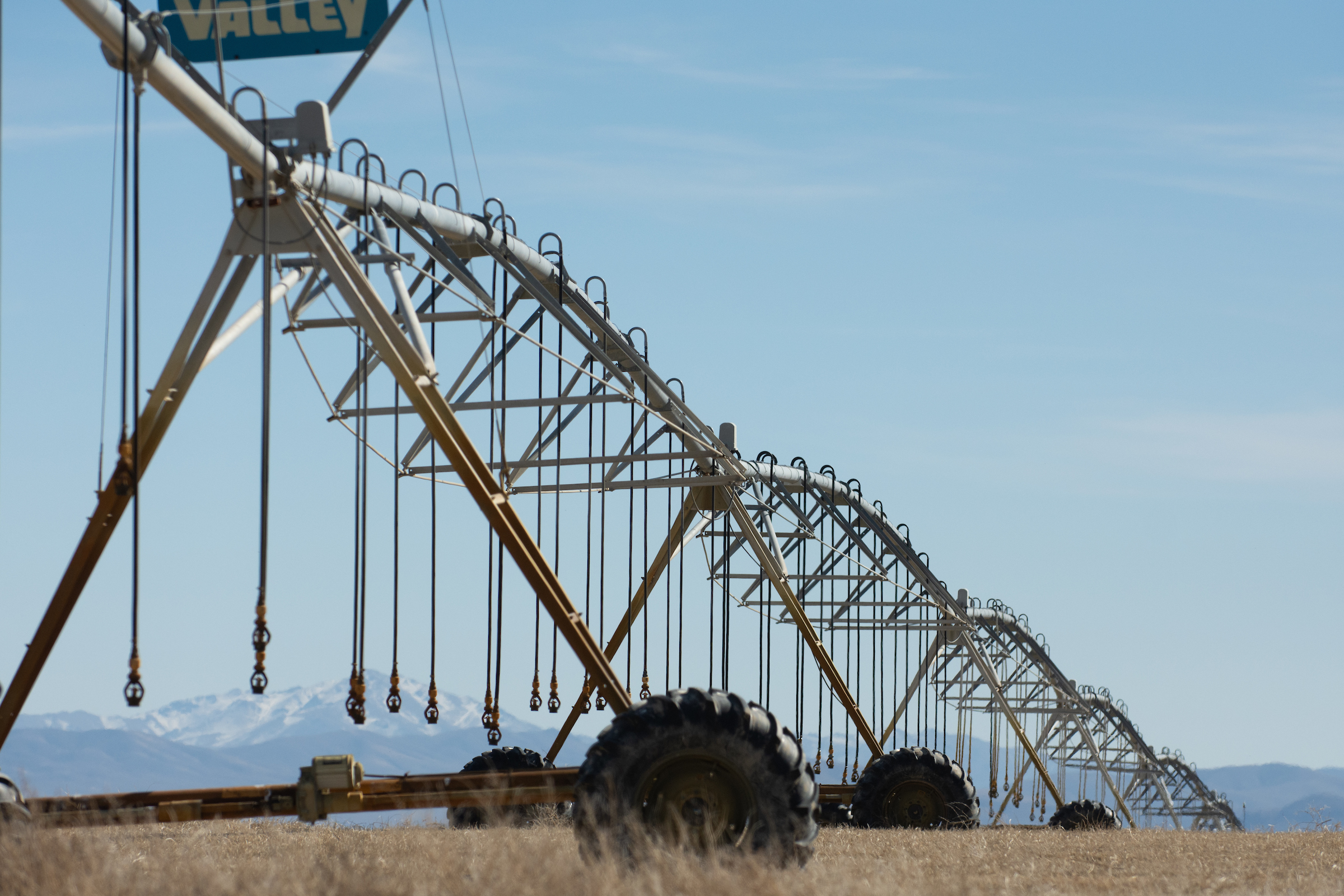 Over the past few years, several consequential water cases have landed in front of the Nevada Supreme Court. Many of these cases are complex, involving long-running disputes with deep histories, conflicting interests and contested interpretations of a century-old statutory framework.

And they put the judiciary at the forefront of some of Nevada’s most pressing water issues.

Although many water issues are pronounced in Nevada, as the driest state in the country, they are by no means exclusive to it. Across the West, water is over-appropriated — there are more legal rights to use water than there is water to go around. On top of that, the drought, worsened by a changing climate, has triggered further shortages in many watersheds. When conflicts do arise over who gets water, when and on what terms, it’s often left to the courts to step in.

Some states have turned to water courts. Other states have looked at training judges. Last year, the Supreme Court formed a formal commission to study how Nevada can improve its process for moving water disputes through the courts in a more timely manner. The commission, chaired by Justice James Hardesty, includes district court judges as well as representatives from Native American tribes, urban water utilities, rural counties, irrigation districts, mining and agriculture.

The commission, Hardesty said, has focused on two recommendations: creating an educational curriculum for lower court judges, and piloting a program to assign cases to trained judges.

Exactly how that would work is something the commission is still working on through the end of this year. But in general, trained judges would comprise something of an informal water court, a system whereby water disputes would go before a District Court judge with training in that area.

Last week, The Nevada Independent spoke with Hardesty about the commission’s work and what he has learned presiding over water cases during his nearly two decades as a Supreme Court justice.

Unlike other states, Hardesty said Nevada lacked a curriculum to train District Court judges in hearing water cases: “Throughout the West Coast, states have undertaken studies about the best way to process cases that involve pretty complex areas of law. And from those studies, at least four states have initiated — either by rule or by statute — certain requirements for the education of judges who hear the cases and for the processing of those cases.”

“And this all comes at a time when water resources are becoming scarcer, water rights are over-appropriated and legal battles have occurred between a variety of groups trying to compete for access and priority to water. In our state, there was, at least up until the commission was formed, no formal education for a District Court judge to take that would assist in their review of our water law and the complex hydrological and geological challenges that surround it. The commission was initiated for the purpose of trying to determine how the judiciary should proceed in handling these cases.”

Although water cases are not the largest category of cases on the judiciary’s docket, Hardesty noted that the cases tend to be complex and can have significant implications for how water law is interpreted: “All of these cases have an enormous record of historical information and hydrological information, geological information and engineering studies that make them present as difficult and complex as many of the construction defect cases were in just the last decade and a half. So I thought it was important that our state undertake a study, since most of the law that is being developed is coming out of the judicial branch.”

“We are dealing with a very old water law statute that has not been modified very many times. And as a consequence, there are some ambiguities and some uncertainties, and that instability in the water law is not healthy for an economy, like in our state, that is so dependent on a declining resource.”

In the coming weeks, several District Court judges will receive additional training at an upcoming National Judicial College conference in New Mexico. But Hardesty said it would be important for the judges to acquire specific education on Nevada law, including at an upcoming judicial conference in April: “I think this process will accelerate the capability of the judges to handle these cases, [improve] their expertise in this area and hopefully, from my standpoint, enable us to process them more quickly in the judicial system.”

“These water law cases can take a long time, and a lot of that is wading through a record, not all of which is really relevant to the issues in front of the judge. But you have to go through the whole record. And I think this will really help us accelerate decisions in this area and help provide some stability to the water law area in our state and fill in those gaps that exist in some of our statutes.”

As for those gaps in Nevada water law, reviewing statutory language was not a part of the commission’s mandate, and Hardesty said it would be difficult to do, given the many interests involved and the short length of legislative sessions. But he said there is an area where the Legislature can act without changing the law. It can increase funding for the office of the State Engineer, Nevada’s top water regulator: “I don't think there's any question that one can benefit from updating statutory direction. The challenge, though, is you've got a lot of competing interests, and the Legislature has such a limited amount of time… I think it would be really an enormous challenge to get something that a large number of stakeholders could get behind in such a short amount of time as a 120-day legislative session.”

“Our commission has been in business for more than a year and a half, at least. And we're just talking about the kinds of education [needed for judges] and how to structure the judicial system to handle these cases. When you identify so-called gaps within the statute, that's another challenge.”

“Now there is an area, frankly, that I hope that the Legislature will look at and doesn't require legislative change. The state engineer’s office is seriously underfunded. That fact alone is causing enormous delays [for people who are] seeking water rights, trying to perfect the water, trying to make appropriations. And that really harms the economy. I think it's imperative that the Legislature dedicate some resources to strengthen the capacity of the state engineer to hire additional engineers, to hire additional officers and experts and conduct more hearings.”

The process of creating a water law curriculum for judges and assigning cases to trained judges would be set through the Supreme Court’s rulemaking process: “Our commission is not going to request a statutory change. We believe that the state will be more nimble if the judiciary, which constitutionally has the authority to assign cases and direct the process of cases anyway, develops this process by rule. And if in fact some modifications are needed…that can be done pretty quickly by a ruling from the Supreme Court, as opposed to waiting every two years for the Legislature to convene and then trying to study that in a short legislative session.”

“And particularly for a pilot program, we want to see how this works in Nevada. All of the commissioners polled said ‘Yes, at least a two-year pilot program.’ So we [can] get a good understanding of the data and the statistics, the assignments, the processing and the timing of cases. Is this something that would have been helpful years ago? Absolutely. But you have to start somewhere. And I think it's a major step forward for the state.”

Over the past several years, the Supreme Court has issued important rulings in several areas of water law. In 2020, the court weighed in on a dispute over the Walker River and the public trust doctrine, a government’s obligation to protect natural resources for the public and future generations. And this year, in an opinion by Hardesty, the court upheld a locally approved groundwater plan that deviated from the principles that guide Western water law. Both cases were closely watched: “I think those cases and some other recent ones, and some other cases pending, frankly, underscore some of the uncertainties that exist in our water statutes and underscore the conflicting interests that exist over access to water and the utilization of water. They also underscore, I might add, just how voluminous the records are and how long it takes to get these cases to us and to get them decided.”

“I believe that the decisions we have made have provided guidance in those areas. But obviously there are other areas where judicial guidance would be helpful… I wish I had my notes in front of me, but I gave a speech to the Western Regional Water Conference, which is a conference of water law experts in the Western states. And I cataloged the number of Supreme Court decisions that have existed since the adoption of our water statute… Without question, the highest number of Supreme Court decisions on this topic have existed within the last decade as compared to all of the decades preceding 2010…”

“We’re anticipating, as a judicial system, an increase in the number of those discrete but important legal questions. So we need to get our judges ready and prepared to address this, and to address them as timely and as quickly as possible. On the executive branch side, as I mentioned earlier, more money to an important agency is not a legislative change. That’s just a recognition that that agency should have priority because it’s going to be the agency that’s responsible for Nevada’s water.”