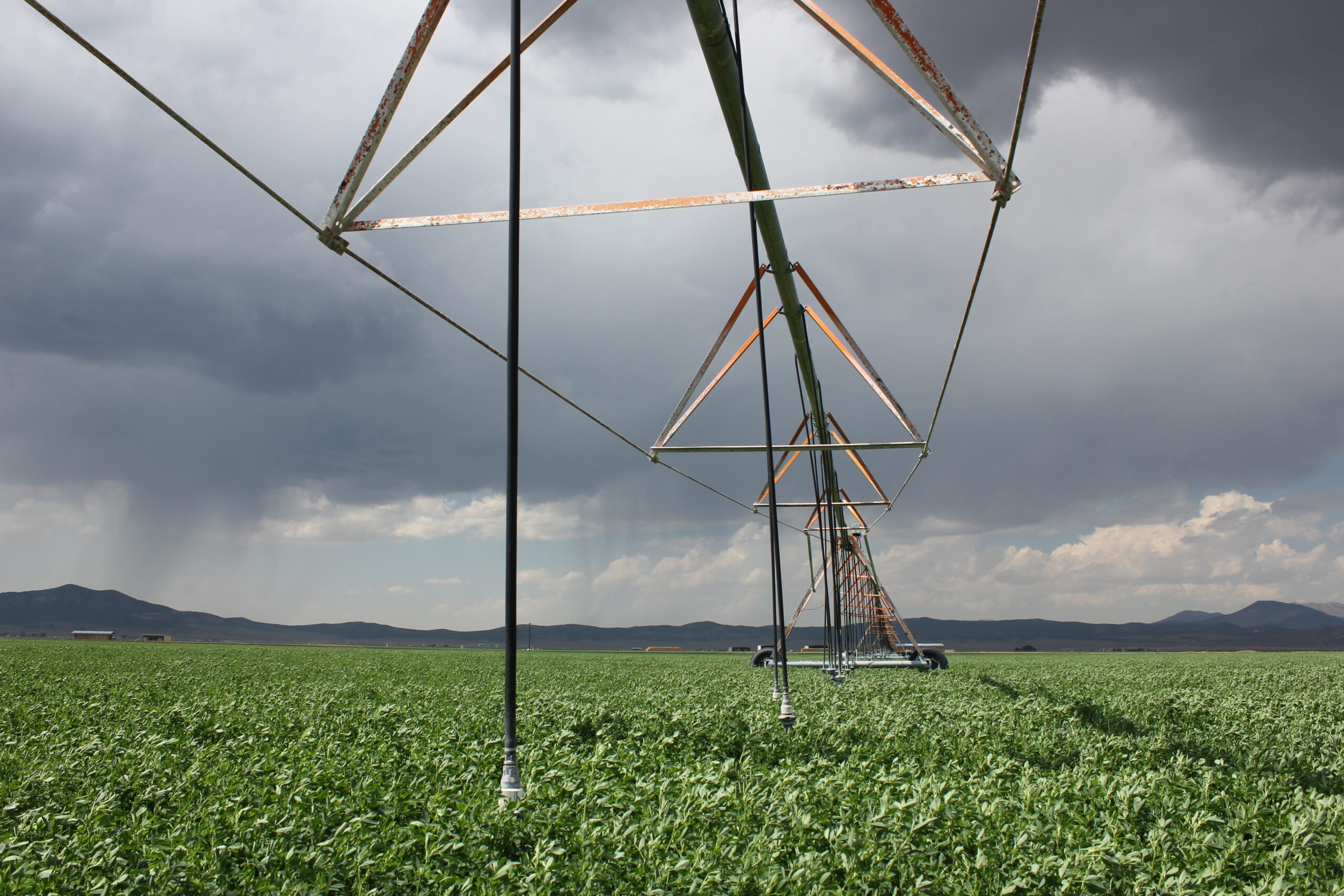 The Nevada Supreme Court has cleared the way for Eureka County irrigators to move forward with a contested groundwater plan, issuing a 4-3 ruling last Thursday that could have significant implications for the way water is managed in dozens of aquifers across the state.

The majority opinion is a win for irrigators in Diamond Valley, just outside of Eureka, who voted in 2018 for a groundwater plan that aims to address years of over-pumping. State officials, for decades, allowed irrigators to pump more than twice the amount of water that is sustainable.

Water users and policymakers have closely watched the case. The plan, a first of its kind for Nevada, was noteworthy — and disputed — because its implementation rested on carving out an exception to the fundamental principles that guide existing water law.

In Nevada and across much of the Western U.S., water law operates on a priority system known as prior appropriation: “First in time, first in right.” Faced with scarcity, those who have the oldest “senior” claims to water are protected from losing any of their water, while those with the newest “junior” rights must give up their water to bring a groundwater basin or river back into balance.

A second central principle of Western water law generally requires irrigators to put their water to “beneficial use” — or risk losing their rights.

The Diamond Valley groundwater plan, however, required all irrigators to reduce their use, with cuts gradually implemented over a 35-year period. Although the plan required junior water users to take larger cuts, it moved away from a strict reliance on the priority system. The plan also allowed unused water to be banked and traded, departing from the concept that a water right must be used each year.

For these reasons, District Court Judge Gary D. Fairman struck down the plan in April 2019, ruling that it was “contrary to Nevada water laws, laws that this court will not change.” But last week, the Supreme Court reversed the lower court’s decision.

Enabling statutes for groundwater management plans, the Supreme Court found, allow for programs that break away from core principles of Nevada water law, if a plan is approved by the state’s top water regulator and a majority of irrigators in critically water-stressed areas.

Diamond Valley is the only basin marked as a Critical Management Area, a designation that makes it eligible to develop such a groundwater plan. But more areas could be designated in the future. Associate Chief Justice James Hardesty, writing for the court’s majority, recognized that the “opinion will significantly affect water management in Nevada.”

“We are of the belief, however, that given the arid nature of this state, it is particularly important that we effectuate the plain meaning of a statute that encourages the sustainable use of water,” Hardesty wrote. “The [Groundwater Management Plan] here is a community-based solution to the long-term water shortages that befall Diamond Valley.”

Under a strict application of the priority system, Diamond Valley farmers and ranchers faced a reckoning that had been decades in the making. Irrigators in the valley have, in recent years, used more than double the amount of water that is considered sustainable for the aquifer.

If the state curtailed use, relying on a strict interpretation of the priority system, regulators would have been forced to shut off more than half of the groundwater used each year. Such an action would have had significant consequences for farmers and other local residents. The state has, in the past, described such a curtailment as having “dire and sudden impacts.”

To avoid this, irrigators in the valley took advantage of a state law that passed unanimously in 2011. That law said that in severely water-stressed groundwater basins, state regulators must curtail by priority, unless a majority of water users approved a local groundwater management plan within 10 years after an area is designated a Critical Management Area.

Diamond Valley irrigators approved such a plan in 2018, and the state signed off on the program in 2019. The plan aims to gradually implement the reductions over time.

Debbie Leonard, who represented irrigators backing the groundwater management plan, said the outcome recognizes the need for more flexibility to solve long-term water issues in areas like Diamond Valley, where the state allowed overuse to continue for many decades.

“It’s a very creative solution to what had been an intractable problem,” she said. “It’s going to ultimately encourage conservation in a way that the prior appropriation doctrine does not.”

But the plan was met with several legal challenges from irrigators with senior rights and vested rights (water rights established before the state’s statutory water law was created).

They argued that the groundwater plan overturned fundamental principles of Nevada water law and did not consider their property rights. In general, Nevada law considers the right to use water to be a type of property right — one that can be developed, bought and sold.

Lawyers for the ranchers and farmers challenging the plan said the state should have dealt with the issue long ago, but instead let it persist — only to ultimately penalize senior rights holders, who have continued to be affected by over-pumping, which has led to declines in spring flow.

They further argued that the 2011 statute was ambiguous, and the legislative intent showed that state lawmakers never intended the language to provide an exception to prior appropriation, or the approval of a plan requiring both junior and senior water users to reduce use.

Although the court majority ultimately rejected these arguments, two dissenting opinions — one by Chief Justice Ron D. Parraguirre and another by Justice Kristina Pickering — agreed with the irrigators who challenged the plan. The dissents argued that the legislative history suggested state lawmakers never intended for the groundwater plans to depart from prior appropriation.

“We cannot assume that the Legislature intended a fundamental and significant departure from 155 years of water law without express statutory text supporting this result,” Parraguirre wrote.

Attorney David Rigdon, who represented Sadler Ranch, one of the irrigators with vested rights, said he was disappointed by the ruling. Rigdon, who specializes in water cases with the firm Taggart & Taggart, said the opinion contradicted a longstanding interpretation of Nevada water law.

Both dissents looked specifically at the potential constitutional implications and whether the government is required to pay just compensation for affecting the value of senior water rights or vested water rights, which are given a high degree of protection under the law.

“Other states do not allow deviation from prior appropriation without protecting senior water right holders,” Pickering wrote, citing Colorado, New Mexico and Utah cases. “Why would Nevada?”

State Engineer Adam Sullivan, Nevada’s top water regulator, said that his office is still analyzing the ruling but plans to meet next week with Diamond Valley irrigators to discuss the plan’s implementation. He said the opinion was a “positive step” in getting a handle on the state’s groundwater issues.

“I think it is an important precedent and an important step forward in recognizing that there is a need to support community-based plans on managing chronic groundwater level decline in a way that’s least harmful to the community affected and the public water resource,” he said.

Many other groundwater aquifers across Nevada face similar tensions to ones that are playing out in Diamond Valley. Over the past century, state regulators have appropriated more rights to use water than there is water to go around. Tackling this issue, however, has proven difficult.

But, Kyle Roerink, executive director of the Great Basin Water Network, said that “as justices noted in the majority opinion, there’s no doubt that this [ruling] will have a ripple effect.”