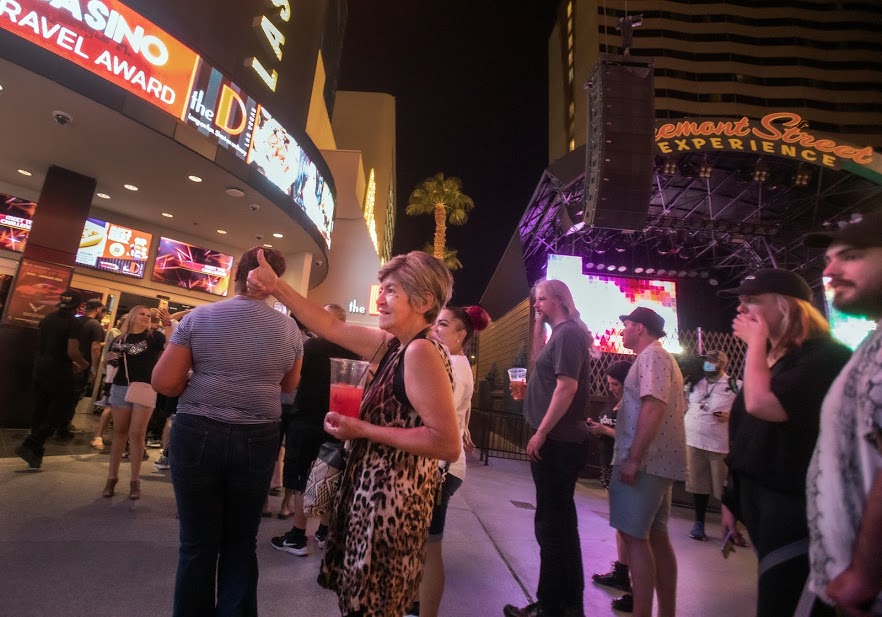 Initial claims for Nevada’s standard unemployment program hit a new milestone last week, dropping below 10,000 in a week for the first time since business shutdowns began in March after peaking at more than 90,000 early in the crisis.

The Nevada Department of Employment, Training and Rehabilitation also reported the number of people on the unemployment rolls is trending downward, but remains very high. The nearly 360,000 continued claims for benefits filed last week is more than four times the number in the peak week of the Great Recession.

“We have such a concentration of employment and economic activity just in gaming and hospitality and then business services, and if you look at the sub sectors, all those are all tied in,” John Tuman, a UNLV political science professor who is researching Nevada’s unemployment trends, said in an interview. “The recovery in the leading sector there in the state and also in the labor market has been very weak. And that has really meant that bringing people back out of unemployment and into the labor force has been slow.”

Tourism has continued to lag, with passenger traffic through McCarran International Airport down 64 percent in July compared with a year earlier. Las Vegas visitor volume in June, the latest month for which statistics are available, was down 71 percent year-over-year.

The Las Vegas area continues to be the hardest-hit in the state, with 16.4 percent unemployment in July. Reno and Carson City, meanwhile, have rates of about 8 percent.

“We just don't have a natural demand here in the local economy to substitute for the demand that comes from people visiting from other countries and other states,” Tuman said. Recovery, he suspects, “will be tied with the viability and efficacy of a vaccine and other measures that boost public confidence in airline travel and also [in] enjoying your stay indoors.”

His latest research projects Latinos and Asians may be disproportionately affected by the downturn because of their heavy concentration in the hospitality sector — something that raises the stakes on Nevada’s still-staggering joblessness statistics.

“Long periods of unemployment ... can have a big impact in terms of people's overall mobility and some of that can be transmitted to subsequent generations as well,” he said. “And so for women … people of color — I'm very concerned about this.”

Here’s a look at Nevada’s unemployment picture for the week ending Aug. 22:

Nevada logged 8,858 new regular initial unemployment claims last week — the lowest figure since the week that the first coronavirus case was identified in Nevada in early March. There were 10,871 initial applications to the Pandemic Unemployment Assistance (PUA) program for gig workers last week, marking the lowest volume since the program launched in mid-May and continuing a steadying out of application trends.

Continued claims — the weekly claims that come after a person’s first application to an unemployment benefits program — keep going down for PUA and regular unemployment, even as programs for people experiencing long-term unemployment are growing slowly but steadily.

There were 359,240 continued claims last week across four programs, but that figure is down about 12,000 from the prior week.

A metric based off of continued claims —  "insured unemployment" —  also ticked down nearly a full percentage point week-over-week, to 16.4 percent. The figure represents the share of people eligible for regular unemployment who are drawing benefits.

That's well down from pandemic peak of 24.9 percent.

In the latest state-by-state ranking from earlier in August, Nevada has the third highest insured unemployment rate, behind Hawaii and Puerto Rico.

The account balance on Nevada’s unemployment trust fund balance is down to $295 million, which is projected to be enough for the state to pay 4.5 more weeks of benefits at current levels.

But the estimate of how long the fund will last went up from last week as the amount of money being paid out has slowed a bit. There was about $65 million paid out through the regular unemployment program last week, or about half what went out during a peak four weeks ago.

Among all four unemployment programs, about $112 million was paid out last week, a fraction of the nearly $600 million paid out during the peak week in late June. Much of the drop comes from the expiration of a $600-per-week federal bonus payment called the  Federal Pandemic Unemployment Compensation that expired at the end of July.