Insurance companies say they have enough doctors, but complaints of long wait times from patients persist 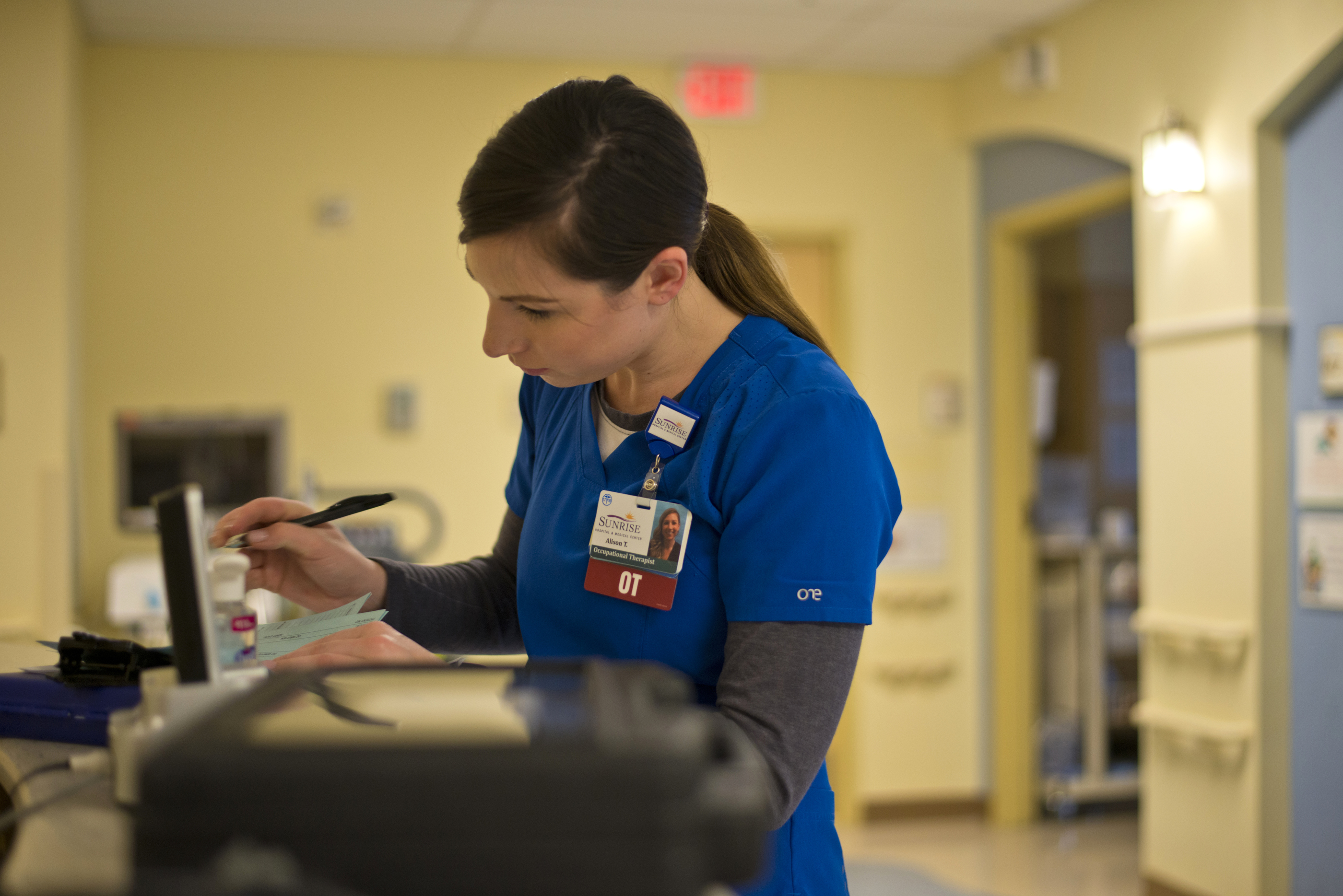 The number of uninsured Nevadans has dramatically declined over the last few years following the implementation of the Affordable Care Act and the expansion of the state-run Medicaid program, but the increase in health insurance coverage hasn’t necessarily translated into the ability to access services.

Lawmakers at a Tuesday meeting of the Interim Legislative Committee on Health Care attempted to square two realities: On one hand, insurance companies insist that they have enough physicians to meet state and federal standards, where those standards exist; on the other, lawmakers say their constituents complain of sometimes monthslong wait times to get in to see a doctor. In general, the health-care community agrees that there’s a doctor shortage in Nevada — the state consistently ranks among the worst in the nation — but the physicians association says it’s also an issue that has to do with the complicated backroom contracting that happens between doctors and health insurance plans.

Insurance companies are increasingly designing narrow networks, meaning fewer doctors and services considered in network, in exchange for a lower overall price tag on insurance plans. The plans are a byproduct of the struggle by both insurance companies and employers responsible for providing insurance to their employees to get the best value amid rising health-care costs nationwide.

“Narrow networks, while they’re an option for employers, are hurting our constituents and hurting their access to care,” said Catherine O’Mara, executive director of the Nevada State Medical Association, at the Tuesday meeting.

Compounding the problem, O’Mara said, is that there is no mechanism to ensure that the doctors who insurance companies say are included in their networks — and therefore are helping them meet minimum network adequacy standards — actually are. A sampling by the Nevada Psychiatric Association of 120 psychiatrists from various insurer lists found that 29 psychiatrists were not currently practicing, either because their license had expired, they were actually neurologists or they practiced in another state, she said.

The other difficulty is that network adequacy standards are typically focused on ensuring most of the population is within a certain number of minutes or miles from any particular type of doctor but they don’t take into account whether or not those doctors are accepting new patients or how long wait times are to get in to see them, she said.

“One of the frustrations we have when we look at whether we have an adequate network, we look at time and distance but we don’t look at the time to service,” O’Mara said. “You may have a provider that works down the street from you, but it might take you six months to get into that provider. Those two metrics don’t measure the same thing.”

On top of that, there’s a patchwork of state and federal standards responsible for ensuring network adequacy among the various health insurance plans Nevadans might be covered under, making it difficult to tell where the breakdown is occurring. Some plans have little oversight at all.

The state is responsible for regulating Medicaid and the Children’s Health Insurance Program, which cover about 22 percent of Nevadans. The federal government is in charge of Medicare, 12 percent of Nevadans, and Tricare, the military health insurance plan, another 4 percent.

Another 31 percent of Nevadans are covered under self-insured group health plans, in which the employer assumes the financial risk for providing health-care benefits to employees. Those plans are regulated under the federal law ERISA (Employee Retirement Income Security Act of 1974) and not subject to state health insurance regulations or benefits mandates.

Thirteen percent of Nevadans are covered under fully insured large group plans where the employer pays a premium to an insurance company to provide coverage; those plans aren’t subject to ERISA and aren’t regulated by the state Division of Insurance.

The division’s responsibility lies in regulating the individual market, which offers plans to people who are self-employed or don’t have access to an employer- or government-sponsored health plan, and small group plans, which cover employees of any business with 50 or fewer full time employees. The two groups make up a final 4 percent and 3 percent of Nevadans, respectively.

The Division of Insurance has a Network Adequacy Council made up of representatives of insurance companies, providers and consumers responsible for making recommendations on network adequacy standards to the insurance commissioner each year. Right now, the division’s standards look at the maximum time and distance it would take for patients to reach a doctor and the number of contracts plans have with so-called essential community providers, such as federally qualified health centers and family planning providers.

The three Medicaid managed care plans in Nevada, run by Anthem, Health Plan of Nevada and SilverSummit, are also required to meet network adequacy standards, though ensuring that they do so falls to the state’s Division of Health Care Financing and Policy. Cody Phinney, the division’s deputy administrator, said at the meeting that the division conducts secret shopper surveys and maps out providers as part of its efforts to determine network adequacy.

Allyson Hoover, director of provider solutions for Anthem, stressed at the meeting that her company is in full compliance with the state’s network adequacy standards and conducts its own surveys internally to determine that its network is sufficient. For instance, she said that one of the areas where providers often fall short in annual surveys is in directing patients where to go after hours.

“They do not have follow up for members after hours, not noting on a voicemail to either follow up with 911 or your closest urgent care,” Hoover told the committee members. “We work a lot with providers of educating them the importance of this so they know where they can go after hours.”

Rudy Cardenas, the director of network development and provider contracting for Health Plan of Nevada, said that a significant threat to network adequacy is the shortage of primary care physicians in Nevada.

“The demand for primary care is not always solved by medical doctors or DOs,” Cardenas said. “We know we’re going to have to rely more on mid-levels,” such as physician’s assistants and advanced nurse practitioners.

But even the company’s own secret shopper program identified that only 50 percent of obstetricians meet provider access standards, compared to 70 percent for specialists and 79 percent for primary care physicians. Some of that, company representatives said, has to do with the high no-show rate for Medicaid patients and doctors deciding to quadruple book their appointments.

Roxanne Coulter, vice president of quality for SilverSummit, said that a big issue her company has run into is providers turning away patients because they just aren’t aware that they accept the still new insurance plan, which just celebrated its first birthday. She said it’s often just a matter of letting the doctor know that they are in-network and should provide the patient services.

In contrast, large group health plans typically have more flexibility when it comes to designing benefit packages. Sunshine Moore, the regional director for America’s Health Insurance Plans, said that much of it comes down to where the employer’s workers live and what kind of a product they want to offer to their employees.

Narrow networks can also be an issue among plans offered on the exchange. A study out of the University of Pennsylvania last year found that 21 percent of plans on exchanges across the country cover 25 percent or fewer of physicians in the area.

O’Mara said that the trend toward narrower networks is resulting in patients increasingly finding themselves out of network or with limited options for care. She urged the committee to look at ways to bolster the Division of Insurance’s resources to allow them to conduct more extensive audits of the networks they’re responsible for overseeing or possibly have the state play an oversight role in how insurance companies and doctors contract.

“Narrow networks cause a lot of problems for patients,” O’Mara said. “Transparency is absolutely critical if we’re going to move to a system that has more and more narrow networks.”